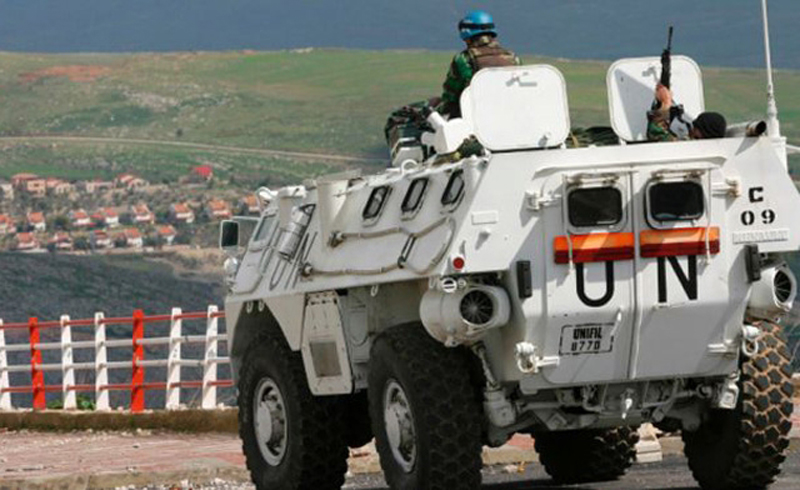 The wounds and scars are deeply ingrained in hearts and minds of people. Even a small child calls the neighboring state ‘an enemy’
Unlike Democratic Republic of Congo and Liberia, where I served earlier as United Nations peacekeeper, no obvious evidence of war can be seen in Lebanon, where I currently serve.

Instead the wounds and scars are deeply ingrained in the hearts and minds of people, especially in Hezbollah dominated areas, where Nepali peacekeepers are deployed. The feeling of rebellion is prevalent. Even a small child calls the neighboring state ‘an enemy’.

Few months ago United Nations Secretary General Ban Ki Moon welcomed the Security Council’s unanimous extension of the mandate of United Nations Interim Force in Lebanon (UNIFIL). He expressed his pleasure for the successful maintenance of peace in Blue Line (an imaginary withdrawal line between Israel and Lebanon) for the last ten years. Indeed dedication and hard work of the soldiers deployed in blue helmet is the reason behind the success. But the question of “how long this interim force can control the situation” looms.

Peacekeeping in Lebanon is much different from other missions in African countries.

There you are a development worker, mediator, administrator, human rights protector and medical assistant but in UNIFIL your domain is narrow. Mandate itself is traditional and offers soldiers to observe, monitor and report the Blue Line violations. Nepali peacekeepers are amongst those to guard 15 kilometers of Blue Line out of total 122 kilometers.

Once I asked an instructor during induction training what we should do if people during bombardment come to our cantonment’s gate and request for shelter. His reply was ambiguous. How to strike balance between the mandates, citizens’ expectations and principles of modern peacekeeping is the biggest challenge for peacekeepers in UNIFIL.

“Will this war ever end?” I asked a local friend. He shrugged and expressed his anger against the neighboring state, the so-called enemy. “Look at these pictures,” he showed me the large posters of the people, who look like fighters, hung over the poles by roadsides. “They are all martyrs, killed in this war,” he said.  In one of the posters there were two little girls hardly above five, with innocent smiles in their faces.  The local friend said politics of his country is not in the hands of their leaders. Foreign powers like Russia, Syria, Iran and Saudi Arabia have been controlling the reins since ages, he said.

But the situation here is not the same as this local friend would have us believe. There are communities who do not want war in Lebanon and are longing for sustainable peace and prosperity in the country. Christians, Druze, Sunni and even a section of Shia Muslims, to which Hezbollah fighters belongs, are amongst them. But they are forced to stay quiet. Whoever had dared to speak up were either killed or imprisoned. Late Prime Minister Rafik Hariri is an example.

It is not one-sided hatred story either. There is fire smoldering on both sides.  At times provocative statements are issued from Jerusalem as well, whereas Lebanese government forbids their citizen to have any kind of communications with Israelis anywhere in the world. “Lebanon is more or less free country that protects freedom of speech, but on Israel’s case, it’s effectively a police state,” wrote the editor of The Tower Magazine in his recent article.

Besides, the situation between the two countries is relatively calm now. One of the reasons is Hezbollah’s fighters being busy fighting war in Syria for President Bashar Al-Assad. Intelligence predicts that around four thousand fighters have gone there to train, advice and reinforce Syrian Army. Even they are believed to be involved in direct combat. But along with this momentary peace people also fear that they might come back better prepared and again cause bloodshed in the region. However, the chances of this happening at the moment are slim.

Whether it’s in Lebanon, Congo or Sudan the victims have high expectations from UN peacekeeping missions. “UNIFIL should be given much comprehensive mandate to act on,” a local teacher said. “The organization should create more conducive environment to bring conflicting parties together to sort out the differences. And as Assad’s regime, Hezbollah’s strongest patron, is now losing grip, the atmosphere is conducive too,” he added. But across the border intelligence predicts that Syria has resumed manufacturing weapons explicitly for the organization, hence another war is likely.

Apart from these off screen larger games, in UNIFIL, around 11,000 peacekeepers, along with 870 from Nepal Army, have mandate to carry out on the ground. Defusing mines, operating observation posts, conducting regular patrols and establishment of check points day and night are their daily tasks. Some 293 peacekeepers have lost their lives while serving in Lebanon.

The situation is always unpredictable. Nobody knows when the rockets and shells launched from either sides of the border may fall upon the bunkers and cantonments of the peacekeepers.

It is essential to maintain permanent peace in Blue Line to make the region stable for strings attached have their expanse beyond the boundaries of Lebanon and Israel. The path is definitely difficult but not unattainable. Today UNIFIL has succeeded to bring the generals of both the armies across the border onboard the regular tripartite meetings. It is possible that political leaders will sit together at the same forum to shake hands and discuss the issues. Robust political will and comprehensive international support is necessary for this.

Ram ram sathi (greetings friends!), locals greet Nepali patrols passing by. During medical camps at Nepal Army’s level one hospital at Messi El Jabel, elderly, disabled, wounded and sick people throng at the gate to receive treatment. Once an elderly woman after receiving the treatment held the doctor’s hands and sobbed with smile. “You are very good, I love Nepal very much.” Tears rolled down her wrinkled cheeks like the morning dew.

KATHMANDU, April 25: Nepal Army (NA) has formed a Board of Inquiry to investigate into the alleged involvement of NA peacekeepers... Read More...

Krishna Devi Maharjan is a 40-year-old shopkeeper from Maru, Kathmandu. She has been running a small dairy shop at Basantapur... Read More...