9 killed and 7 injured in jeep accident 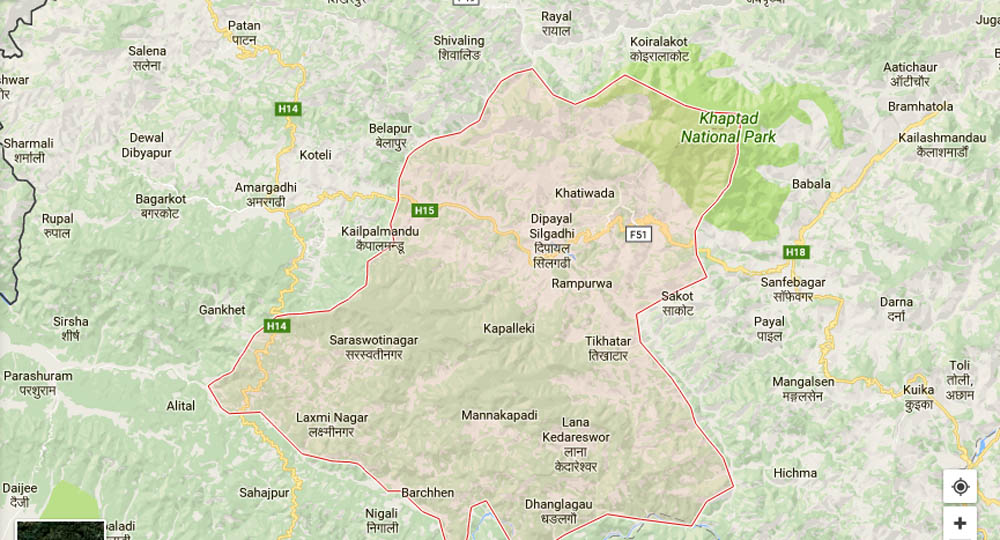 DOTI, August 5: Nine persons including the driver of the jeep were killed and seven others injured in the accident that took place at Ward-6 of Bogtan Rural Municipality in Doti district.

The ill-fated jeep(Se 1 Ja 491) en route to Chabara Chautara from Dipayal met with an accident at 10 pm on Friday.

According to District Police Office, Doti, the deceased include 8 men and 1 woman. All of the deceased were a resident of Simcghaur Chapartola situated in Ward-1 of Bogtan Rural Municipality.

The ill-fateed vehicle was carrying 16 passengers. Of them, 3 survived the accident by jumping off the vehicle. According to the preliminary investigation conducted by the District Police Office, Doti , the accident might have taken place since the ill-fated jeep was carrying passengers beyond its carrying  capacity.

KATHMANDU, Nov 6: Four persons were killed and seven were injured in the accident that took place at Fikkal Rural... Read More...

ARGHAKHANCHI, Aug 29: Eleven passengers were killed and six others injured when a jeep veered off the road and fell some... Read More...