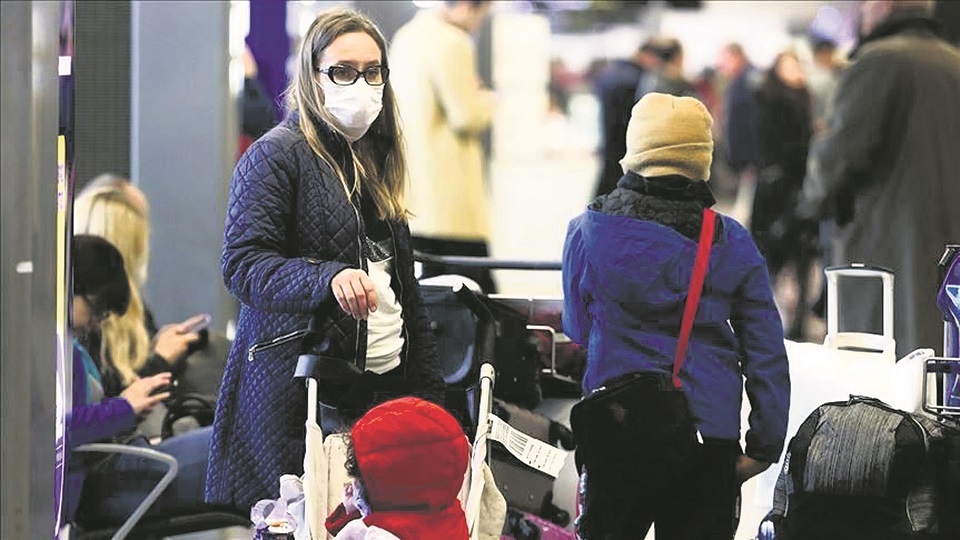 One effective antidote to fear of coronavirus is psychological awareness, which can provide solace to people and encourage them to take safety measures

On a bike ride to my room from office, I encountered a tourist bus at Tripureshwor. Some unmasked Chinese faces were peering outside. I sped up and overtook the bus. Once far from it, I released my breath. Initially, it felt strange but after a short contemplation, I discovered that I was consumed by the fear of coronavirus epidemic. My experience is an example of how coronavirus in mind is far more terrorizing and threatening than coronavirus infecting the body. The fear is even more intense in densely populated city like Kathmandu. Should we run away from people whom we suspect of being infected or should the government as well as non-government actors initiate awareness programs to fight against the debilitating effects of the virus in the public psyche?

After its sudden outbreak in China, COVID-19 has spread across the globe plaguing common lives. The death toll has exceeded 3000. Many cases are still far from official reach. It began to appear more threateningly pandemic when the deaths of American and British Corona-infected citizens including 71 Iranians surfaced few days ago. The helplessness of these countries to contain the infection despite being well-equipped with advanced laboratory as well as skilled experts foretells the existential threat for relatively poor countries Nepal. On the other hand, regardless of its strong economic and powerful infrastructure, China is still battling against the outbreak. While the countries like China, the US, the UK and Iran are stricken by physical damage, countries like Nepal are being haunted by psychological nightmare.

COVID-19 may break out in Nepal too. Thus the government needs to gear up awareness program accompanied by investment on health service.

The news of a suspected patient running away from Sukraraj Tropical and Infectious Disease Hospital has added to people’s fear. Lack of proper screening of passengers at TIA is another grave concern that intensifies public panic. A Spanish man who died of coronavirus is reported to have visited Nepal. A Nepali worker from Saudi Arabia is said to have contracted the virus. All these have led to the state of psychological restlessness and social vulnerability.

The virus attack can be defeated with the common sense precautions for infection is mild as long as the patients are healthy.

According to Dr Anthony Fauci, top US virus expert “most healthy people infected with COVID-19 get better.” But rising number of deaths in China, Iran, America, Britain and South Korea shows coronavirus could be as lethal as Ebola.

Those with predominant health issues and old people are more prone to infection. As for the healthy ones, the infection has been found mild and can be combated with proactive precautions such as washing hands, applying protective masks, avoiding handshakes, staying far from the crowds etc. Former US President Barack Obama has rightly advised people to protect themselves with common sense precautions: washing hands and staying home when sick. His insistence is on building patience and containing the looming impact of the virus. The psychological combat is the most powerful vaccine to curb the outbreak.

Confusions need to be cleared. The fear of virus as agent of death must be overcome with the light of authentic medical information followed by the required prescriptions. All the media houses should play an instrumental role to reach out and inform the masses. The academic institutions need to educate the students with the precautions suggested by World Health Organization. Health institutes, both private and public, must conduct the mobile campaigns in order to pacify the public.  Social media platforms such as You Tube, Facebook and Twitter can be used to disseminate authentic information.

Most of all, the government needs to stay extra alert just in case the outbreak starts. Countries like Italy and America have already started to shut down the academic institutions and ban the public gatherings as a part of prevention. Nepal government must do more than a mere ban on on-arrivals visa and suspension of outgoing people. It should come up with the massive awareness programs that enable the people to overcome phobia of the epidemic.

The fear of falling prey to coronavirus has created a serious havoc in Nepali psyche. Physically, there have been no reports about corona-infected cases. However, the fact that Nepal is the most vulnerable country has instilled fear. One effective antidote to fear of coronavirus is psychological awareness, which can provide solace to people and encourage them to take safety measures.

KATHMANDU, March 14: The Nepalese bourse remained closed on Sunday and Monday on national holidays with the exchange opening only... Read More...

210K in US have died from virus. Now Trump says he ‘gets it’

WASHNGTON, Oct 6: Now that he has contracted COVID-19, President Donald Trump says he does “get it.” That revelation, seven... Read More...