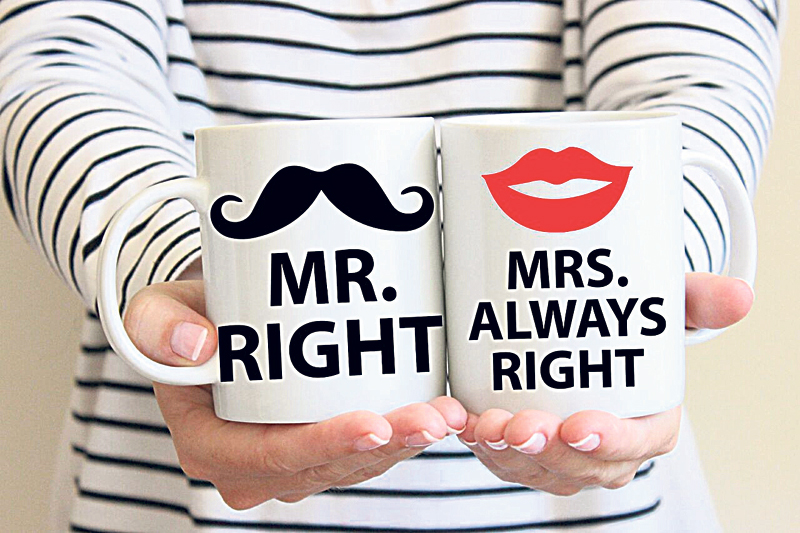 I don’t know if I married a fortune teller or maybe she happens to have some family links with Nostradamus.

During the 2014 World Cup, I told my wife that Messi and his team would win the tournament. I really wanted Messi to win so that the world could finally call him the greatest football player ever.

My wife doesn’t follow football. Well, she doesn’t follow any sports at all. She is what one would call a ‘Professional Facebook User’ (PFU). She only follows the news posted on Facebook and she seems to believe almost everything posted by her friends. I tell her that some of the pictures posted on FB are photoshopped but she somehow refuses to believe it. How can one person have two heads, six arms and only exist in Facebook and nowhere else?

My wife told me that Germany would win the World Cup then and it came true. I lost a five-thousand-rupee bet with her. Then just the other day, as I was up staying late watching CNN trying to figure out who would get to the White House, my wife wakes up and tells me Trump will win and then goes back to bed. I got scared. How can an ignorant, racist, sexist jerk win the Presidency of the United States? Well, he did and now I have to pay my wife another five thousand rupees.

This morning, as we were having breakfast, I floated the idea of opening a website where my wife will predict major events in the world. And who knows, if she keeps on getting it right, we could make millions of rupees, move to the Bahamas and spend the rest of our lives chilling!

My wife tells me that she can tell if the person is honest or not just by looking at the person. I tell her she is crazy. Last month, I was about to fire one of my employees. She told me to wait it out for a month. I gave an advance to the other employees and she told me that this guy is fishy and might not show up for work after Tihar. Well, her forecast came true.

The guy I was planning to fire is working in full swing and the guy who got the advance is now out of contact. I tell my wife that maybe he got stuck in his village due to family obligations or might have been abducted by aliens and could report back to work after the aliens are done with their probing!

But my wife gives me a deadly stare and tells me that she knew that he was not coming back. I don’t know if I married a fortune teller or what we would call a ‘Mata’ who can predict the future or maybe she happens to have some family links with Nostradamus.

I ask my wife if my dream of making a full-length feature film before 2020 and winning an Oscar will come true. She tells me that that could happen if I wake up early every morning, go out for a morning walk with her, and go to bed by 10 pm sharp every night. I’m now planning to follow her mantra and see if I will head to California to grab an Oscar in the future.

Last week, my wife told me that we should exchange the 500 and 1000 IC notes we had with our local vegetable seller from India. I told her that we plan to go to Delhi next year and it will come in handy then. This week, the Indian PM Modi shocked us all by his so-called surgical strike against black money and those who fund terrorist activities in India by making the current 500 and 1000 IC notes useless.

I think my wife is just lucky when it comes to nearly everything. I took our car to the local workshop and the guy told me that I would have to spend at least 40 grand to fix all the scratches all around the car. My wife takes it to the workshop she knows and the guy tells her he will do it for 20 grand. Then she comes home and tells me that I’m a sucker and people always over charge me for everything because I seem like a nice guy who will not bargain and will accept everything at face value.

In a month’s time, my wife and I will be happily married for three years. I ask her if she knows what I’m going to get her on our third anniversary. She smiles, picks up her phone, and shows me a few Facebook posts of a local jeweler in town. Yes, I’m supposed to get her the full necklace set. And she knows that if I don’t then, as Nostradamus predicted, it could very well be the end of the world. So I have vowed to make my wife happy and save all of us from apocalypse.

Public holiday is not a right: SC

KATHMANDU, April 20: The Supreme Court (SC) on Thursday said that public holiday is not a right of any individual but... Read More...

To highlight a quote by Hellen Keller, “The best and most beautiful things in the world cannot be seen or... Read More...

The choice is always yours

Lately, I have been asked a lot about my career change. These are the people I have met for the... Read More...