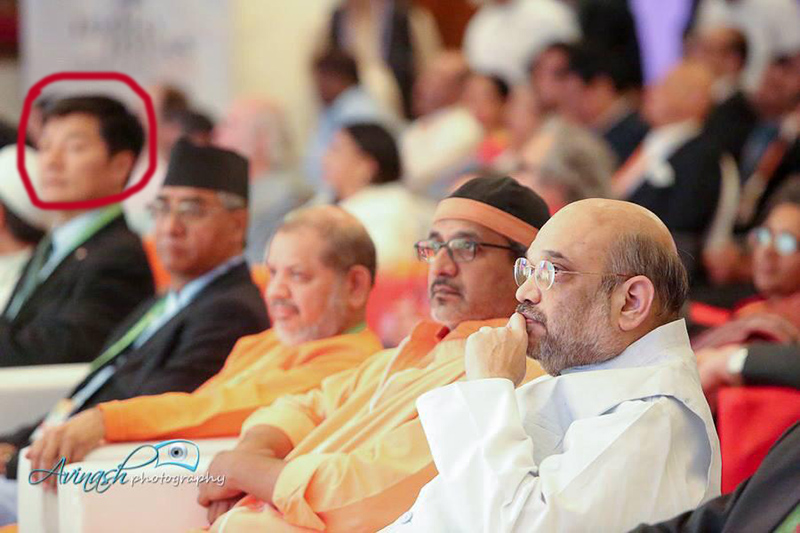 KATHMANDU, Nov 10: Even though former Prime Minister Sher Bahadur Deuba has dismissed media reports that he met Tibetan spiritual leader, the Dalai Lama, the Central Tibetan Administration on its website has confirmed Deuba’s presence in the 3rd India Ideas Conclave organized by India Foundation in Goa where the Dalai Lama delivered a video message.

Further, Lobsang Sangay alias Sikyong, the prime minister of the Dalai Lama’s government in exile, and Deuba are seen sitting next to each other at the event. Earlier, Deuba had vehemently denied sharing the stage or meeting any Tibetan leaders in Goa last week.

The conclave was inaugurated with keynote speeches from the Dalai Lama, via a video message, Swami Tejomayananda, Global Head of Chinmaya Mission, Mumbai, Sher Bahadur Deuba, former Prime Minister of Nepal, among others, said the tibet.net.

The conclave took place from November 4 to 6.

Below is the text issued by tibet.net.