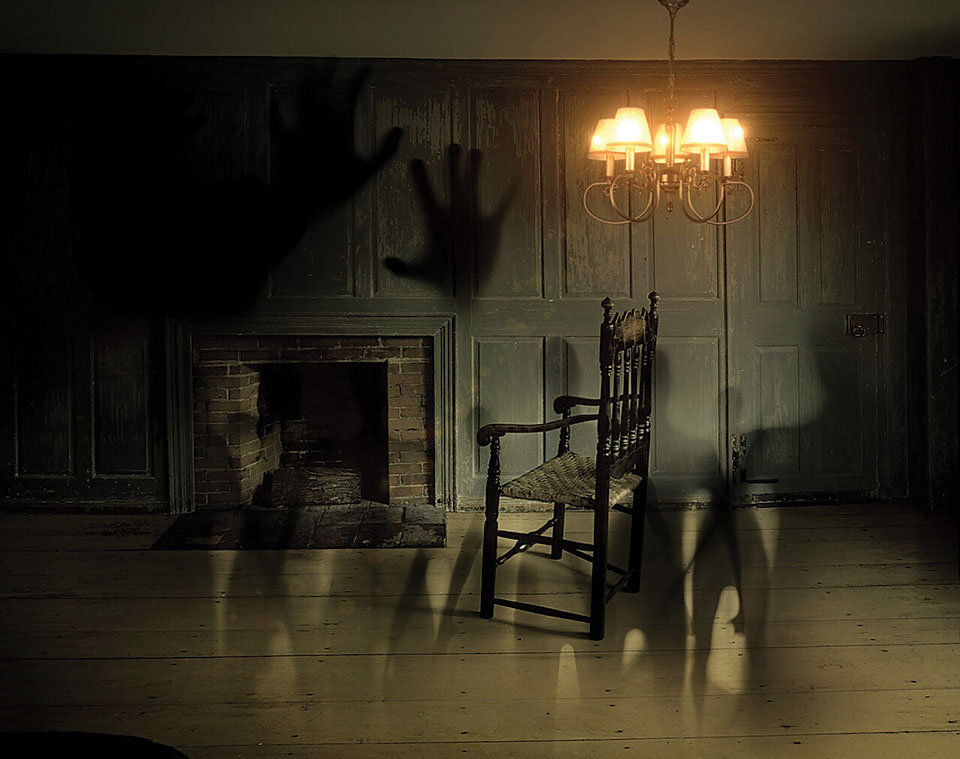 Rojita Buddhacharya, a freelance journalist based in Kathmandu, is afraid of the dark. She says it’s because of all the ghost stories she heard as a child.

Buddhacharya grew up in a family where things like magic, ghosts, and spirits were discussed over tea on a fairly regular basis. Moreover, in the past, her ancestors allegedly practiced tantra (Collins dictionary defines it as a movement within Hinduism combining magical and mystical elements and with sacred writings of its own). And so, her grandparents frequently told her stories of ‘kul’ (ancestors), ghosts and spirits.

She says hearing stories of these supernatural presences from an early age instilled a sense of deep fear in her mind.

“My grandfather used to tell me that these stories actually happened in the past which further exaggerated my fear of the supernatural,” she says.

As a child, Buddhacharya also witnessed a ‘chatak’ (a sort of religious play that focuses on magic and mysticism) that showed a young child being mutilated by ghost-like figures which she claims chilled her to the bone.

“The play haunted me for months. I was only able to get over it once my sister told me that all of that was make-believe,” she says. Though this incident happened years ago, Buddhacharya still vividly remembers how traumatized she was by the entire affair. “Even now, I’m afraid of going to dark places which might be a reaction to what I had seen as a child,” she adds.

Binda Bhattarai, a government official, says stories and alleged “real instances” of the supernatural were rampant when she was growing up in Sunsari, Morang. “As people had to travel early morning or late at night to fetch firewood or water, they were advised to never look back if they heard someone calling them. If anyone did, people claimed they would fall sick,” she says.

Stories like these scared her and her siblings so much that they’d always partner up while going to the loo at night or while traveling during dawn or dusk. Both Bhattarai and Buddhacharya agree that this fear of the supernatural often makes a deep impression on a child’s mind and that it may have a deeper psychological effect even when the child grows up.

Karuna Kunwar, a psychologist based in Kathmandu, agrees with Bhuddhacharya’s and Bhattarai’s argument that this fear of the supernatural can have serious consequences on a person’s mental wellbeing.

“It’ll not just result in being afraid of the dark. That irrational fear as a child can later turn into low-confidence levels and lead to a lack of courage as a fully grown adult,” she says adding that as the fear for the supernatural (that was instilled in childhood) is deep-rooted in the mind, it tends to be difficult to overcome.

The most common way people in our society get introduced to ghosts, spirits and the supernatural is through myths and stories that are told to them as children. All the people The Week spoke to said that they first heard stories about ghosts and spirits in their childhood, mainly from their parents and other adults around them. And all of them admitted that after hearing these stories, they started fearing the supernatural and the dark.

Some claim that the fear lessened as they grew up while others say that fragments of that fear is still there somewhere in their subconscious mind.

Pragya Mallik, an engineering student at Kathmandu University, remembers getting nightmares about ghosts and spirits, mostly after hearing horror stories or after watching something similar on television. “As a child, fear of the supernatural is pretty significant, mainly because we are told it’s dangerous and is to be feared,” she says. She agrees that this fear could carry itself well into adulthood in blatantly obvious and some less obvious ways.

Sujal Shakya, managing director at Bespoke, has a similar experience to that of Mallik. He says his parents often warned him that ghosts would come if he were too naughty or didn’t do something they wanted him to do and that terrified him. “Nowadays though I don’t actively believe in the supernatural, but I still have this irrational fear when it’s dark or the lights turn off all of a sudden,” he says.

It’s no secret that parents often scare their children into doing something or finishing their plate by telling them something along the lines of “if you don’t eat, a ghost will come and take you away”. This, Bhattarai claims, can take a serious toll on a child’s psyche. “As a child, when I was told things like that, I developed this irrational fear of the supernatural and started overthinking and imagining things every time it got dark or started to rain heavily. It definitely took a toll on my mental health,” she says.

Shakya claims that this fear of the supernatural is often used as a manipulation tool by parents and adults to make their child submissive which in turn can kill the curious nature of the child as well. “A child may restrict him/herself from doing something new and exploring because he/she is afraid that he/she might get attacked by a ghost or a spirit,” he explains.

Kunwar agrees claiming that if fear and beliefs in the supernatural are forced upon a child, the child can’t think for him/herself and figure out what is fact and what’s just a story. “And as an adult, that person can act according to the stories that he/she heard as a child without ever really questioning its relevance. They might even pass it on to the next generation,” says Kunwar.

Also, this fear of the supernatural can often manifest itself in social issues. The most striking example is the “Boksi Pratha” which directly comes from the fear that a witch is causing destruction of a family. “Because people are taught to fear a witch from early on, a woman is accused of being a ‘witch’ and becomes a victim of violence,” says Kunwar.

Kunwar argues that violent behaviors like that in “Boksi Pratha” or “Bali Pratha” can, to a certain extent, be explained by the fear of ghosts, spirits, witches, and demons that was instilled in people’s minds when they were children.

“Knowing about ghosts and spirits and the afterworld is okay, but when you start letting the belief and the fear control your actions, it will ultimately be harmful,” she says.

One thing we need to stop doing and stop now, says Kunwar, is ‘disciplining’ children by claiming that a ghost will come to punish them if they don’t do as they are told. “Even if you believe in supernatural powers yourself, you shouldn’t force your child to believe in them by conditioning their minds,” she says.

Another thing Kunwar notes is that people should try to get rid of the idea that anything supernatural is always supposed to be feared. Instead, the ideas of ghosts and spirits can be painted in a more friendly and non-threatening manner. “Books like Harry Potter talk about ghosts and spirits but they are portrayed in a positive light. This way the storyteller or writer can play with the elements of mysticism and the supernatural without running the risk of traumatizing anyone,” she concludes.

The annual Pokhara Street Festival began amid much fanfare on Thursday. This is the 19th edition of the street festival... Read More...

Prince Philip hospitalized with infection but is in "good spirits"

LONDON, June 21: Prince Philip, the 96-year-old husband of Queen Elizabeth, has been admitted to hospital with an infection and will... Read More...

IN PICS: Flood wreaks havoc in Melamchi
7 hours ago