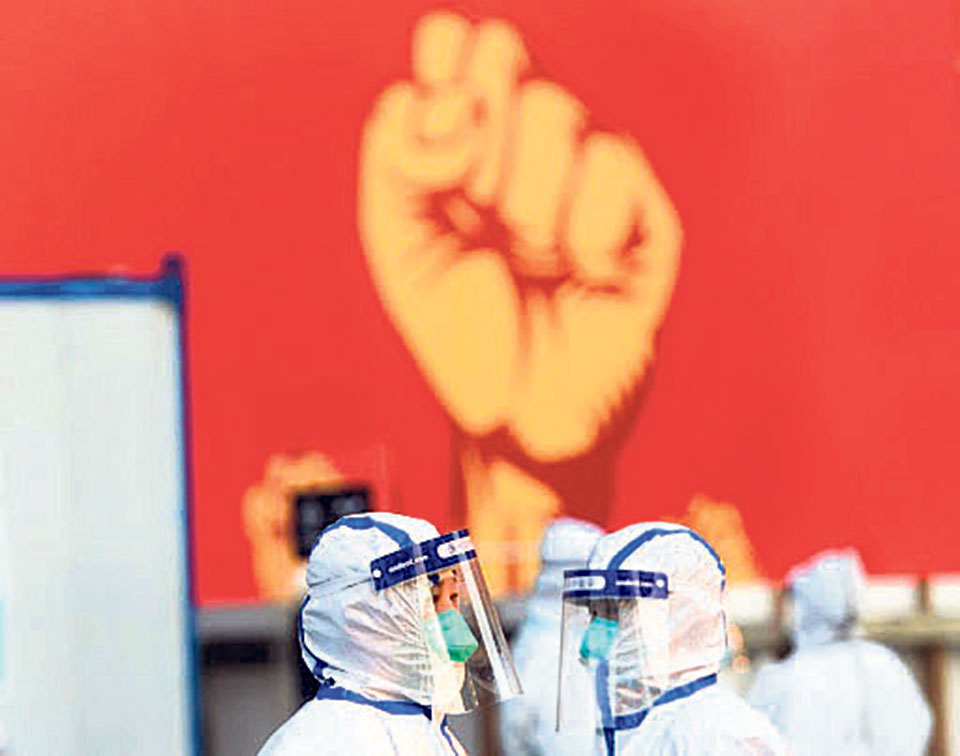 COVID-19, with no cure developed thus far, poses a real threat to Homo sapiens, especially to those living in countries with dysfunctional or non-functional health systems

Let yours truly take you guys back to the 13th century on merchant ships infested with flea-plagued rodents, before bringing you back to the troubling times of today.

Originating in the dry plains of Central or East Asia, the Black Plague ‘travelled through’ the Silk Road and afflicted Crimea in 1343 after hitting countries like India, China and Egypt with flea living on black rats acting as carriers of the Yersinia Pastis bacterium that caused the epidemic.

As per historical accounts, 12 trading ships docked on the Sicilian port city of Messina in October 1347, after a long journey through the Black Sea. Most of the sailors aboard the plagued ship were already dead, while few of the survivors were severely ill, with high fever and bodies full of blood-oozing black boils.

Within a week, the remaining sailors died, leaving an ill-prepared Europe to face an unprecedented humanitarian disaster, which, as per some accounts, killed more than 20 million people, one-third of the continent’s total population, in the next five years.

Up till the 19th century, the specter of black plague continued to afflict Europe and Asia with periods of breakout and recess.

If Yersinia Pastis can exterminate in five years one-third of population in Europe, which was not as interconnected with the rest of the world as it is today, imagine what will happen if a virulent, constantly-mutating strain makes inroads into several parts of this inter-connected world.

Apparently, a huge number of people will die, with corpses literally ‘falling’ on the streets throughout the world like ‘cats and dogs’ on the streets of London after the rains, due to, in the best-case scenario, partial collapse of public health care systems in different countries.

Nightmare life
That nightmare is actually playing out 24/7 in the immediate neighborhood in the north and beyond. Since the last week of January, the coronavirus disease outbreak (COVID-19) has already killed more than 1,800 people and infected more than 70,000 people, most of them in China.

The Hubei province of China (population around 11 million), especially the provincial capital of Wuhan, the epicenter of the coronavirus disease outbreak (COVID-19), is in a state of lockdown, making life really hard for millions of people.

Worryingly, there are reports coming from China of a surge in new cases of COVID-19 in Hubei with more than 15,000 new cases surfacing last week and 242 new deaths.

The Communist Party of China is already feeling the heat of the epidemic. Amid growing public outrage, which is the result of the failure to rein in the epidemic, the ruling party has fired the leader of the province, Jiang Chaoliang, making him the highest CPC official thus far to get the boot. With the witch-hunt already underway, it will not at all be surprising if more heads roll for failing to control the epidemic.

Amid the unfolding crisis, which the World Health Organisation has described as a global health threat, Europe witnessed its first death resulting from COVID-19: An 80-year-old Chinese tourist from Hubei died in course of treatment in Paris on February 15. This death is alarming because it is, most probably, the first death from COVID-19 outside of Asia.

As hinted earlier in this article, no part of the world is safe from the unfolding disaster with the possibility of means of transport, mainly ships, acting as breeding grounds for the virus. Outside China, the biggest cluster of COVID-19 is the Diamond Princess cruise ship at Yokohama (Japan), with the total number of confirmed infections at 454 as of February 17.

An ill-prepared world has weathered similar other epidemics by taking emergency measures and refusing to learn lessons after overcoming them somehow. Swine flu, bird flu and Severely Acute Respiratory Syndrome (SARS) have all failed to teach governments some hard lessons.

COVID-19 is believed to be more contagious (an infected person can spread the disease to 3-4 persons) than SARS, but with lower mortality rate. In 2003, SARS affected 26 countries and resulted in 8,000 cases. Since then, according to the World Health Organisation, a small number of cases have occurred as a result of laboratory accidents or, most probably, through animal-to-human transmission.

COVID-19, with no cure developed thus far, poses a real threat to Homo sapiens, especially to those living in countries with dysfunctional or non-functional health systems. Hopefully, this ‘flu’ will also go away with the rise in temperatures.

But one thing is for sure: This epidemic will not vanish into the thin air without making some impact on the global economy as it is hitting at the very core of the driver of global economic growth, in times of what appears to be an unfolding global recession, caused, among other factors, by a trade war between the United States and China. Amid the epidemic, the demand for copper has reached a four-month low point. Brent crude prices too have gone down: As of this writing, the prices had plummeted to $53.11/barrel, the lowest price in six weeks.

Apparently, banks from China and other parts of the world cannot be immune from the impact of this epidemic.

Stay prepared
For ill-prepared Nepal, COVID-19 has come as a shocker with its ambitious Visit Nepal Year 2020 campaign receiving a blow. Media reports point that the number of Chinese tourist arrivals has drastically declined and this will surely have a deep impact not only on the tourism sector, but on the economy as a whole.

With open borders and a dysfunctional public health system, Nepal is quite susceptible to epidemics. We can of course keep dreaming later on about ‘benefiting’ from the prosperity of the two global economic and population giants, which happen to be our neighbors, and make some credible plans for the same as there’s no dearth of excellent planners in this land of the free and the home of the brave. But for now, focus should be on making every effort to curb the unchecked inflow of people into this country through open borders by putting efficient security and health screening systems in place. This move, yours truly believes, will surely go a long way in making Nepal prosperous and the Nepalis one of the happiest lots on planet earth.

Coronavirus: safety and readiness tips for you

KATHMANDU, March 17: Amid coronavirus outbreak in many parts of the world, many international organizations including International Red Cross are... Read More...