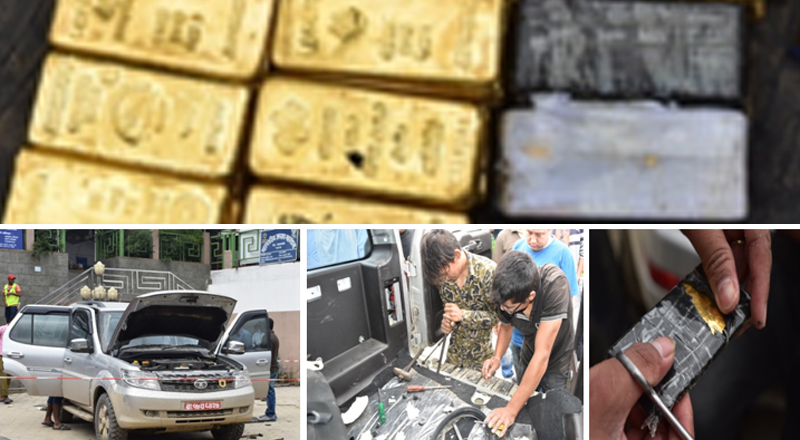 KATHMANDU, Sept 4: Police have arrested a man with 88 kilograms of gold on early Monday, the biggest amount of gold ever seized in the capital.

Manoj Adhikari was arrested with the illegal gold from Chhetrapati, Kathmandu at 2 am today while he was driving a car, Ba 17 Cha 6427, said SSP Dibes Lohani of Metropolitan Crime Division.

A preliminary investigation of the police shows that the gold was brought into the capital via Kerung checkpoint.

Earlier, Central Investigation Bureau (CIB) had seized 18 kg of gold. It had also been transported to the Kathmandu Valley through the same checkpoint.

CIB had confiscated 35 kg gold in the capital four years ago. It had been transported through Tatopani checkpoint.

Similarly, police had seized 33 kg gold brought into Nepal via air. The incidents of gold smuggling had come to a halt for some time. However, the capital did not face gold crunch in the market.

An average demand of gold on daily basis in the market is 40 kg.

A series of incidents of gold confiscating has started following change in leadership at both CIB and MPCD one week ago.

KATHMANDU, Aug 31: Central Investigation Bureau of Nepal Police has arrested seven people in the capital on the charge of... Read More...

KATHMANDU, Feb 3: Police on Saturday arrested a 34-year-old man while carrying 3 kilograms of marijuana from Chitwan to Kathmandu. Read More...