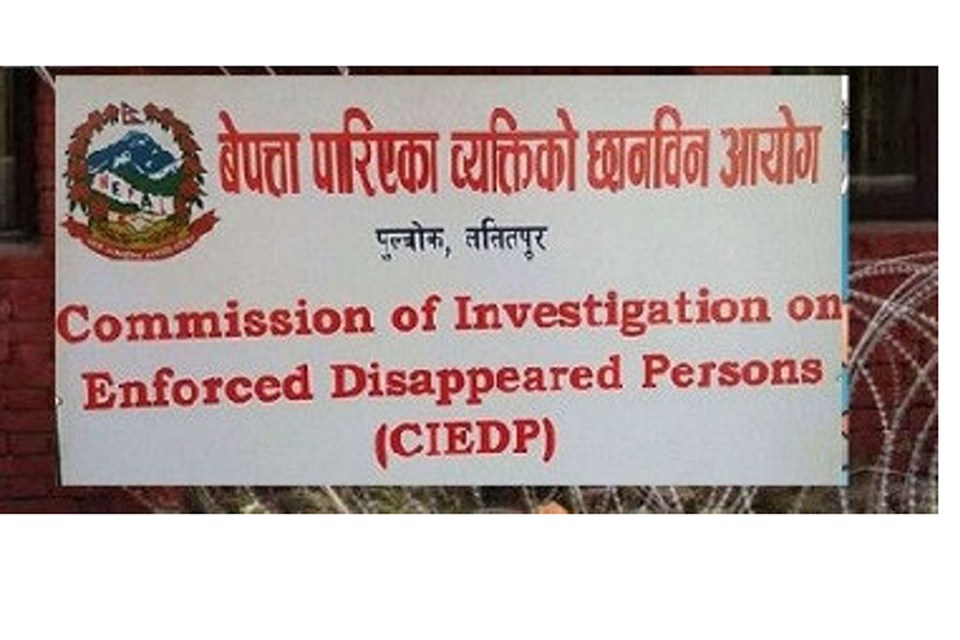 KATHMANDU, Feb 19: As part of final efforts to resolve the Maoist insurgency-era disappearance cases, the Commission of Investigation on Enforced Disappeared Persons (CIEDP) is launching an additional probe into 2,000 cases including those related to the infamous Bhairavnath Battalion.

Officials at the commission said work procedures have been finalized for the additional probes. These probes, according to officials, will collect additional evidence if any and interrogate those involved in disappearing victims during the Maoist armed insurgency. They said this will finally lead to prosecutions, ensure justice for the victims and provide reparations to the affected families.

Under its detailed investigations, the commission recorded statements from family members of the disappeared and from eyewitnesses, and collected ante-mortem data on the disappeared as well as information on the demands put forth by the victims’ families.

Five separate committees headed by commissioners will now re-visit the cases for which the commission has already completed a detailed investigation process. Building on the particulars garnered in course of the detailed investigations, the committee will try to collect additional evidence, interrogate perpetrators, and recommend action against wrongdoers along with reparations for the victims’ families, according to commission officials.

“Five separate committees headed by commissioners are now studying the 2,000 cases while separate probes will reach out to the families of the disappeared in the remaining 506 cases which were filed from 11 different districts,” said Nirajan Ghimire, an investigation officer at the commission, adding, “They are heading to Rolpa and Khara in Rukum soon.”

A May 2006 report by the UN Office of the High Commissioner for Human Rights (OHCHR) alleged that Bhairavnath Battalion was implicated in at least 49 cases of enforced disappearances and torture. The UN body had urged the government to initiate a full investigation.

The UN agency investigated allegations of violations by the army at the barracks at Maharajgunj, Kathmandu in 2003 after hundreds were arrested on suspicion of being linked to the Maoist insurgents.

Former Maoist guerilla compelled to live with shrapnel in his head

ROLPA, Mar 1: “Had I studied or worked, i would have a different life,” laments Khadak Thapa, a former guerilla,... Read More...

'Bomb shattered my dreams, poverty took away my wife'

US interrogates detainees in Yemen prisons rife with torture

MUKALLA, June 22 :Hundreds of men swept up in the hunt for al-Qaida militants have disappeared into a secret network... Read More...