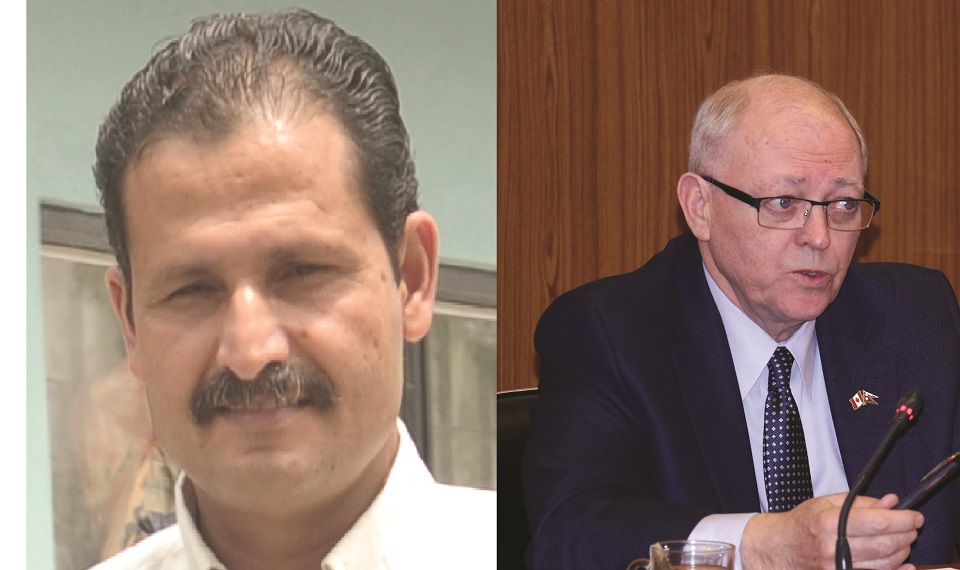 KATHMANDU, Feb 11: Amid growing concerns regarding Nepal’s failure to settle the conflict-era cases and ensure justice to the victims, visiting Canadian Senate Speaker George J Furey is wrapping up his two-day visit to Nepal Tuesday without meeting the new speaker of the lower house Agni Sapkota – a former Maoist leader accused of murder during the decade-long insurgency.

Key international human rights organizations including Amnesty International and Human Rights Watch have urged the government of Nepal to reconsider its decision to appoint Sapkota to the coveted post.

Sapkota has been accused in the murder of Arjun Bahadur Lama, a local of Kavrepalanchowk district, during the decade-long Maoist insurgency that ended in 2006 after the warring sides signed a comprehensive peace agreement. A case filed against Sapkota at the Supreme Court under criminal charges is still sub judice.

Furey, who arrived in Kathmandu on Monday, held a bilateral meeting with National Assembly Chairman Ganesh Prasasd Timilsina, and also met with the members of Nepal-Canada Friendly Parliament Group.

On Tuesday, he is scheduled to meet Prime Minister KP Oli, Minister for Foreign Affairs Pradeep Gyawali, Minister for Education Giriraj Mani Pokharel and visit the Patan Museum before heading home in the afternoon.

But Furey is not scheduled to Speaker Sapkota.

Asked why the Canadian speaker didn’t pay a courtesy call on the speaker of the House of Representatives of Nepal, Gopal Nath Yogi, secretary at the lower house, said the visit was fixed before the election of the speaker. The post of speaker was vacant when the visit was fixed so the meeting with Spakota was not scheduled, said Yogi.

“His visit was finalized before the election of speaker so there was no program to meet with the lower house speaker,” said Yogi.

In Nepal, the speaker of the lower house is considered more powerful and influential than the upper house chairman in terms of responsibilities.

The international community has been expressing serious concerns over Sapkota’s appointment as speaker. The Government of Nepal is facing widespread criticism after it decided to appoint someone accused of grave human rights violation instead of taking initiatives to ensure justice to the conflict victims.

Over 65,000 cases related to the conflict era are pending at the transitional justice bodies – the Truth and Reconciliation Commission (TRC) and the Commission of Investigation on Enforced Disappeared Persons (CIEDP).

In an interview with Republica, British ambassador to Nepal Nicola Pollitt had recently expressed her displeasure over Sapkota’s appointment as speaker.

“In the UK, it would not have been possible to appoint a speaker or to become an MP for a person who was under investigation for such serious allegations,” she had commented over the appointment of Nepal’s speaker last week.