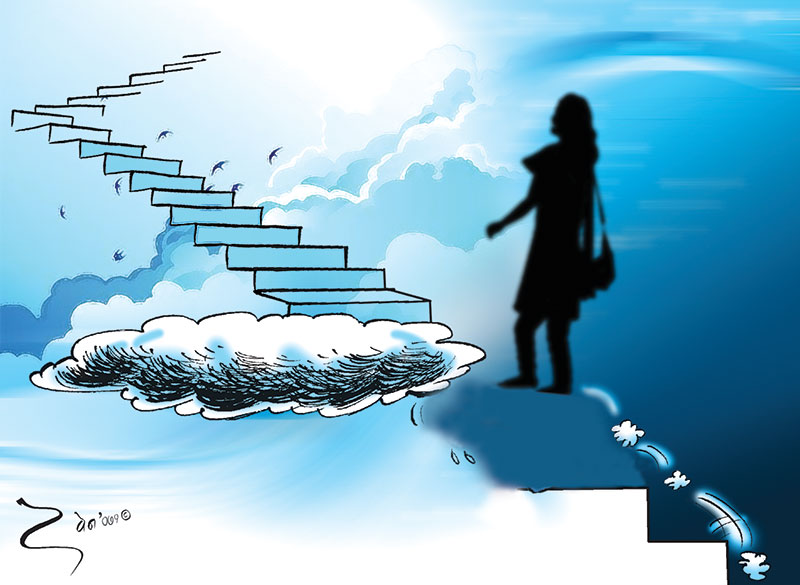 Although we see and recognize casual and subtle sexism around us everyday many of us hesitate to stand up and protest
During the third US presidential debate, Republican nominee Donald Trump called his Democratic opponent, Hillary Rodham Clinton, a “nasty woman” when she pressed him on the sexual assault allegations against him. This was an attempt to throw her off-balance and regain his footing. But Clinton did not flinch; instead, she stopped Trump’s misogynistic campaign in its tracks and expertly exposed his many weaknesses. It was empowering to see her embrace the label, and inspire countless other women to follow suit.

#NastyWoman ricocheted across the social media universe and became a rallying cry for feminist solidarity. Being called nasty was no longer an insult. It became a medal of honor. Self-identifying as a nasty woman became a way to expose the sexism that is pervasive and entrenched in society. Issues ranging from equal pay to reproductive rights resurfaced.

As a feminist who is also a Nepali woman, I wonder if we are too afraid to be nasty.

Although we see and recognize casual and subtle sexism around us everyday, many of us, including myself, hesitate to stand up and protest. Fear holds us back—fear of offending others, fear of being labeled a radical, fear of being nasty. Throughout our lives, we have been so conditioned to holding our tongues that we have come to internalize that we are lesser beings than our male counterparts. As sisters, we do not protest when we are given a smaller serving of food but asked to do more work than our brothers. As daughters, we do not vocalize the humiliation of being delivered to our husbands like a sack of grain during Kanyadaan. As wives, we are expected to bow down to touch our husband’s feet as a form of respect, but cannot even contemplate that our husbands would do the same.

We do not stand up for ourselves, and nobody speaks for us.

Instead we protect the moral rot of negative cultural norms that enable gender discrimination in the name of religion and social traditions. While Nepali society has made some progress towards reforming certain cultural and religious practices in recent times, the absence of issues involving women is particularly telling of the hypocrisy of our staunchly patriarchal and misogynistic society.

Ending sacrificial slaughter of animals during festivals and reforming or reducing 13-day funeral rituals has gained the spotlight in Nepali public discourse. While the flawed rationale behind these practices or its irrelevance in today’s world is acknowledged widely, there is no discussion on the absurdity of considering a menstruating woman “untouchable” and unfit to participate in rituals of worship, when she was apparently created this way by the very same God she is prohibited from touching.

Our passive acceptance of everyday instances of discrimination has created a space for the public humiliation of women. On a talk show recently, the host was pre-occupied with what his guest—a leading public official who happens to be a woman—cooked for her husband rather than her own professional achievements. Similarly, female actors are consistently demeaned and humiliated on social media and TV—let alone the sexually charged taunts, there is more focus on her association with men than her own skills and intellect. Our own elected officials—among whom, ironically, are women—didn’t think twice before sacrificing women’s rights at the altar of geo-politics. Yet we have the gall to hold up our female President, Chief Justice and Speaker of the House as tokens of our imagined progress.

No one wants to be nasty. But perhaps it is necessary if it means gaining the power to drag negative cultural norms out into the open, laid bare and dissected, so that they no longer go unnoticed. Martin Luther King Jr famously said, “the moral arc of the universe is long, but it bends towards justice.” There is comfort in this optimism, but if we want to reach a place where our daughters don’t have to make a choice between being respected and being nice, we need to take the initiative to bend that arc ourselves. The narrative of history is in our hands. Onward, nasty women!