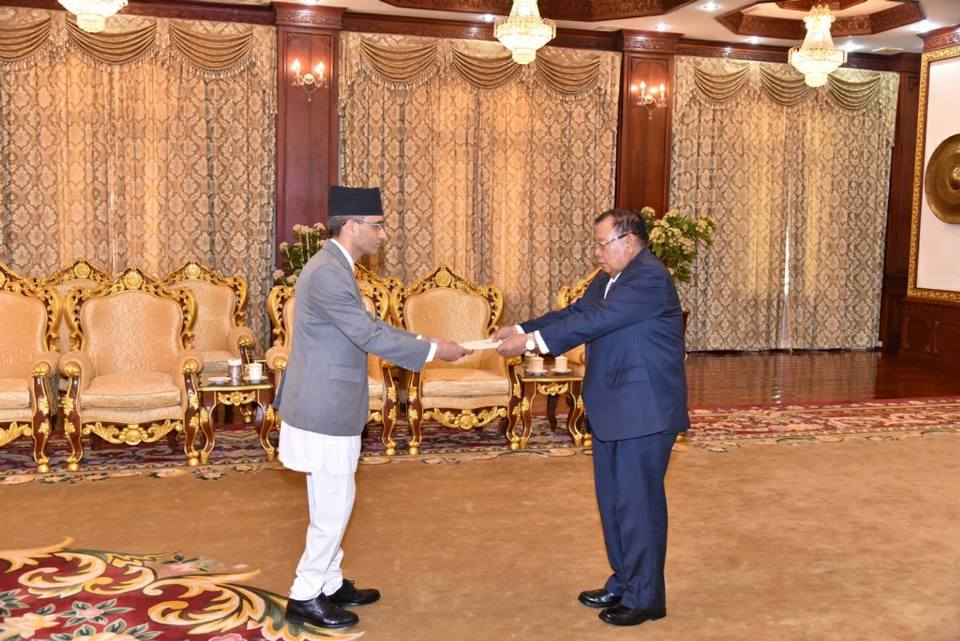 Dhakal presented the credentials amidst a special ceremony held at Ho Kham, the presidential palace, today. Following the ceremony, Ambassador Dhakal called on President of Laos.

During the meeting, the Nepali envoy conveyed the warm greetings and best wishes from President Bidya Devi Bhandari and PM K P Sharma Oli as well as from the people of Nepal for personal health and happiness of the president, and for the continued progress and prosperity of the people of Laos. 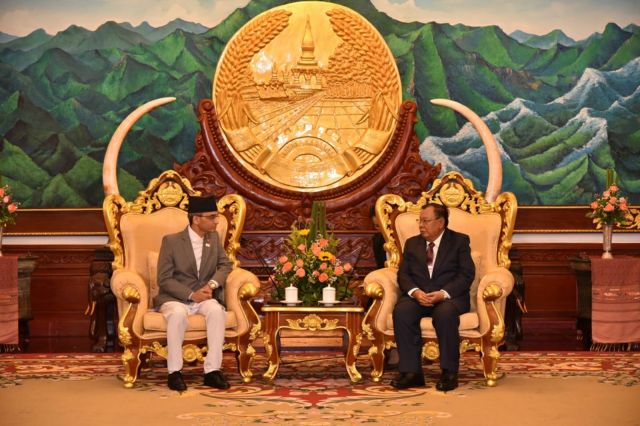 The ambassador also expressed his confidence that the friendly relations between the two countries will reach a new height for mutual benefits during the term of office of the President, according to a press release issued by the Nepali Embassy in Thailand. Mentioning that Nepal and Laos are members of Non-Aligned Movement, G-77 and LDCs/LLDCs, Ambassador Dhakal stressed the need to further strengthen and expand relations between two countries at bilateral and multilateral forums on the matters of common interests. 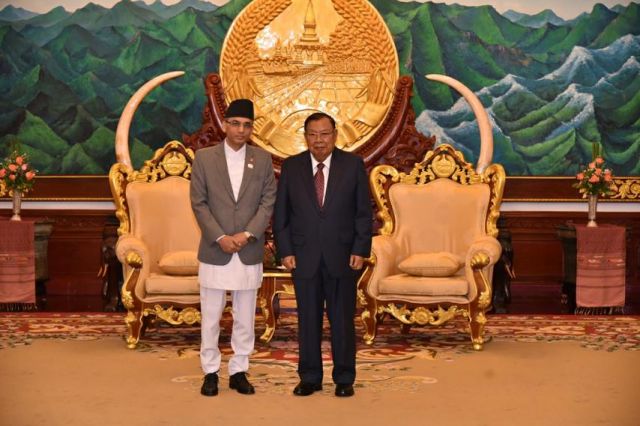 President Vorachith conveyed his greetings and best wishes to President and PM of Nepal.

Khammeung Phongthady, Minister and Head of the President’s Office, high-ranking government officials and Embassy's officers were present on the occasion of the credentials presentation ceremony.

Later today, Ambassador Dhakal also called on Saleumxay Kommasith, Minister of Foreign Affairs and Kikeo Khaykhamphithoune, Minister of Information, Culture and Tourism of Laos. On both occasions, matters of further strengthening and expanding bilateral ties between the two countries were discussed.