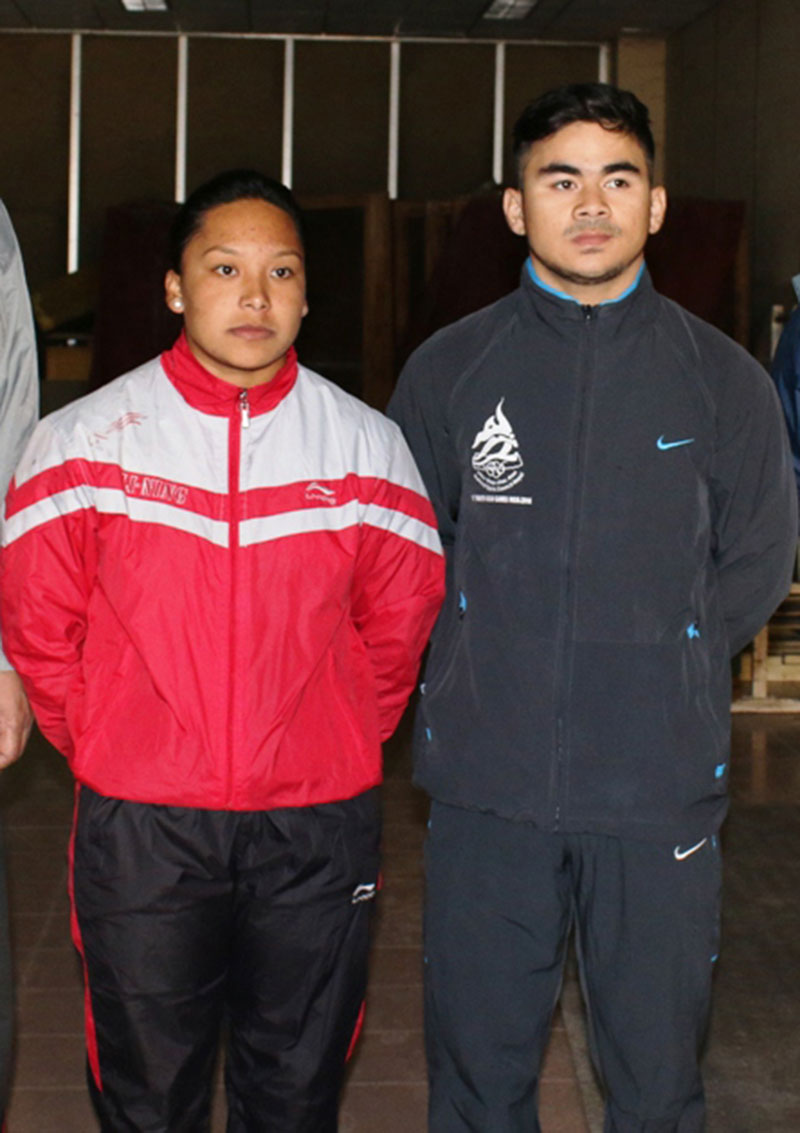 Photo Courtesy: Weightlifters Kamala Shrestha (L) and Prakash KC pose for a photo during a farewell program in Satdobato, Lalitpur on Sunday. (Nsc)

KATHMANDU, Nov 7: A seven-member Nepali weightlifting team is leaving for Japan on Monday to participate in the Asian Youth and Junior Weightlifting Championship. The team includes two weightlifters and five officials.

Tandan, who is also South Asian Weightlifting Association (AWA)’s vice-president, will take part in the Asian congress and executive meeting of the Asian Weightlifting Confederation that is scheduled for November 9. The congress will see the final bidding over youth, junior and senior weightlifting championships that will be held in July next year.

Earlier in the 2015, Nepal was given the opportunity to host senior Asian weightlifting Championship but the April and May earthquake that occurred same year forced to shift the event from country. Later, Thailand hosted that event in September same year.

Gupt, who is also the secretary of Asian Technical Committee (ATC)’s and member of Disciplinary Committee, is flying Japan to officiate the event. Joint Secretary of the Ministry of Youth and Sports’ Choodamani Poudel will join the team as representative of Ministry.

The officials of NWA bade farewell to the Japan bound Nepali team organizing program at Satdobato, Lalitpur on Sunday.

KATHMANDU, August 10: National football team skipper Anil Gurung has said that the Japan tour would be fruitful for the... Read More...

KATHMANDU, Sept 3: A 19-member Nepali judo team, including 12 players, is leaving for Kerala, India on Saturday to take... Read More...

Only NC has the most acceptable presidential candidate: Karki
17 minutes ago