20 Chinese workers stranded back home due to coronavirus 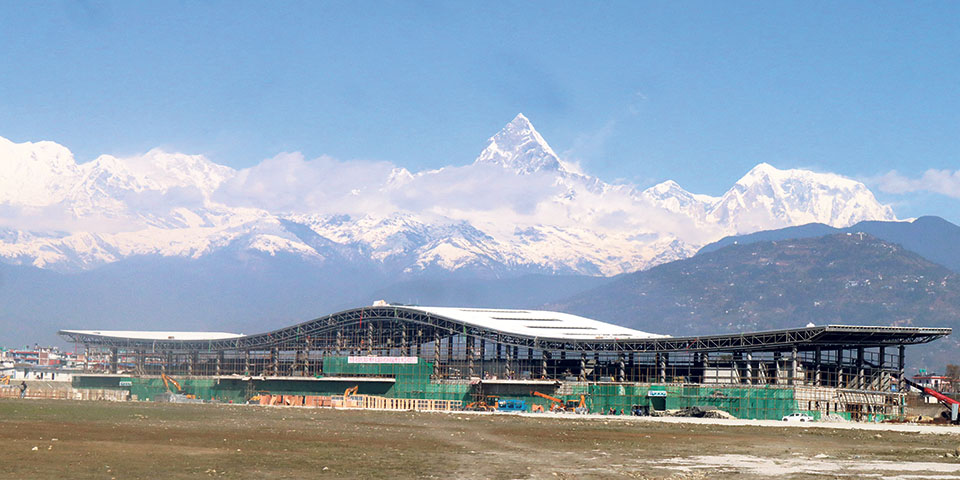 POKHARA, Feb 2: 20 Chinese workers who have been working in the construction work of the Pokhara Regional International Airport have been stranded back home due to the widespread of coronavirus in China.

According to Binesh Munkarmi, chief of the Airport Project, 250 Chinese workers are involved in the construction work of the Pokhara Regional International Airport and among them 20 Chinese workers had returned to their country to celebrate the Chinese New Year.

The workers were expected to come back to Nepal after the New Year celebrations but are now unable to do so due to the travel ban initiated by the Chinese government. According to Munkarmi, additional 15 Chinese workers were supposed to arrive for the construction work as well but they too are not permitted to travel to Nepal.

According to the airport officials, the construction work will not be affected but certain works might not make a timely progress due to unavailability of the workers. The airport has prepared two isolation rooms within its premises. According to Munkarmi, one Chinese worker who recently arrived is kept in the isolation room and he is not allowed to be in contact with other workers. “No symptoms of infection are seen in the worker but we have adopted preventive measures for now,” he said.

According to Munkarmi, health officials are not available at the moment for the isolation rooms but if the worker shows any symptoms then he will be sent to the hospital.

Even if the Chinese workers do arrive after the travel ban is lifted, they will be kept in the isolation rooms for 15 days and then will be allowed to continue their work.

The Pokhara Regional International Airport will come into operation from July 2021 if all the construction works are completed on time. According to the airport officials, 50% of the work has been completed so far. The Civil Aviation Authority of Nepal (CAAN) has signed the agreement with China CAMC Engineering to construct the airport.

KATHMANDU, July 5: The development committee of parliament has instructed the concerned government authorities to construct the roads of the Kathmandu... Read More...

KATHMANDU, Jan 8: A large sinkhole opened up in the public road at Naxal on Sunday as a stretch of... Read More...

SC paves the way for construction of Chilime transmission facilities