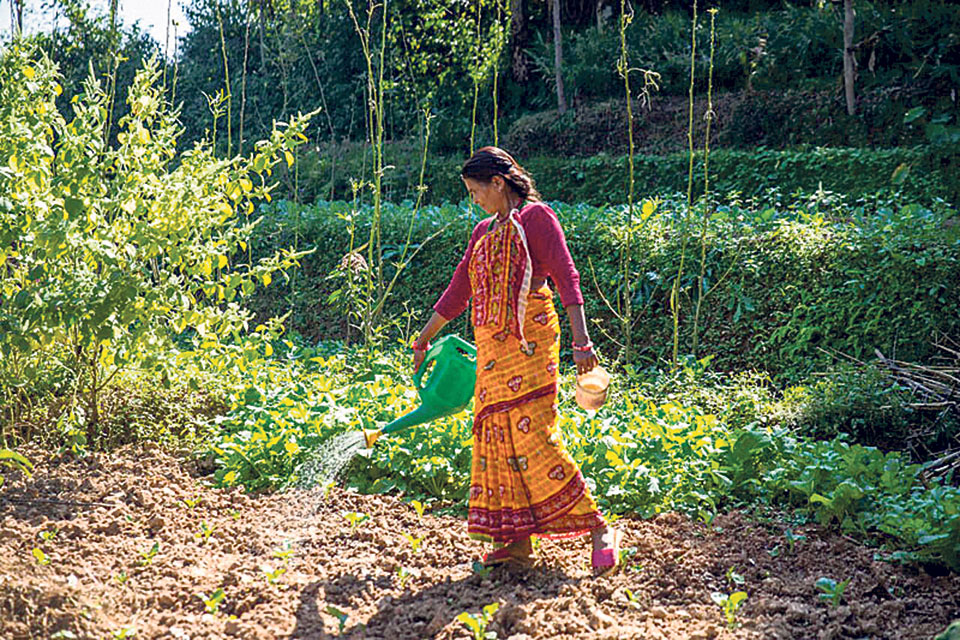 Having the whole world’s attention is a big deal—it’s not something most of us get in our entire lives. But just in case you did have the world’s attention for five minutes, how would you spend them? The Week asked some people and most of the answers we got were advice and concerns about the environment. Read on for more.

Sukreeti Shrestha, Student
I would probably remind them about the ongoing climate crisis and how we must come together to prevent any further damages that might occur because of it. I personally believe it’s extremely important to be conscious about the environment as it can determine our future here on earth. I’d tell people to be careful about the things they consume like fish, use less plastic products and check if the route they are taking to come to you is environmentally friendly or not. Contrary to people’s opinion that environmental advocates need to have an environmental degree to know what they’re talking about, I think anyone powerful enough to be heard should spread the message about the ongoing climate crisis.

Ganesh Acharya, Government official
If I were to have the attention of the entire world for five minutes, it wouldn’t hurt for people to know about the importance and the need for peace, especially with all the turmoil that’s going around in the world. I would ask people to be kind to each other, accept each other’s differences and try to create a world that’s peaceful for all to live in. Moreover, as I’ve aged I’ve realized and understood the importance of good health, so I’d love to remind people that it’s extremely necessary to take care of their bodies as our health is the only thing that matters in the long run.

Pragya Mallick, Student
If I had the whole world’s attention for five minutes, I would speak on climate change and try to convince people to take this issue more seriously and actually put in a lot of effort to save the earth, which is our home. Although more and more people have been talking about climate change and our degrading environment these days, I don’t think enough people take this issue seriously. And even if everyone isn’t moved by my speech and only about one or two billion out of the approximately 7.7 billion people start working to minimize environmental pollution, the earth’s climate and environment would change drastically. I know it sounds idealistic but I really believe you should take every opportunity you get to talk about and discuss climate change.

Ashim Ranabhat, Model/Fashion designer
Because getting the whole world’s attention isn’t a small deal that one can brush off easily, I think it’s only appropriate that I talk about a major issue when I get this opportunity. For me, the most concerning issue we’re facing today is rapid climate change. And because I believe action speaks louder than words, I would actually do something like broadcast a fashion show or distribute a fashion shoot collective to people during those minutes—something that’s impactful and connected to fashion because that’s where my expertise lies. I’m very moved by the many fashion shows  these days that are centered on the environment and I have been very inspired by it all.

Yamuna Basnet, Student
Be kind to yourself and everyone around you. We’re living in a difficult world as it is and a little kindness goes a long way. Take good care of your mental and physical health; be kind to others by giving them the benefit of doubt, and a chance to redeem themselves when they are wrong. Be kind to the environment. Make an active effort to stop littering. Be cognizant about plastic waste. Volunteer at animal shelters and old age homes. Feed stray dogs; leave a bowl of water for the birds. It’s the little things that count.

Ketan Maharjan, Graphic Designer
Environment pollution, global warming and climate change are all collectively going to kill our species and it’s about time we did something to change that. Just look at the oceans—how they’ve become a swamp for plastic in the last decade itself. There are all these sea creatures that are choking on our waste while we wait for the inevitable doom. We are killing ourselves and taking everyone down with us.  I don’t understand what’s wrong with us. Also, I would tell people to listen to Green Day and The 1975. These are fantastic bands that needs to find a listener in all of us. And while you’re listening, don’t forget to live a little.