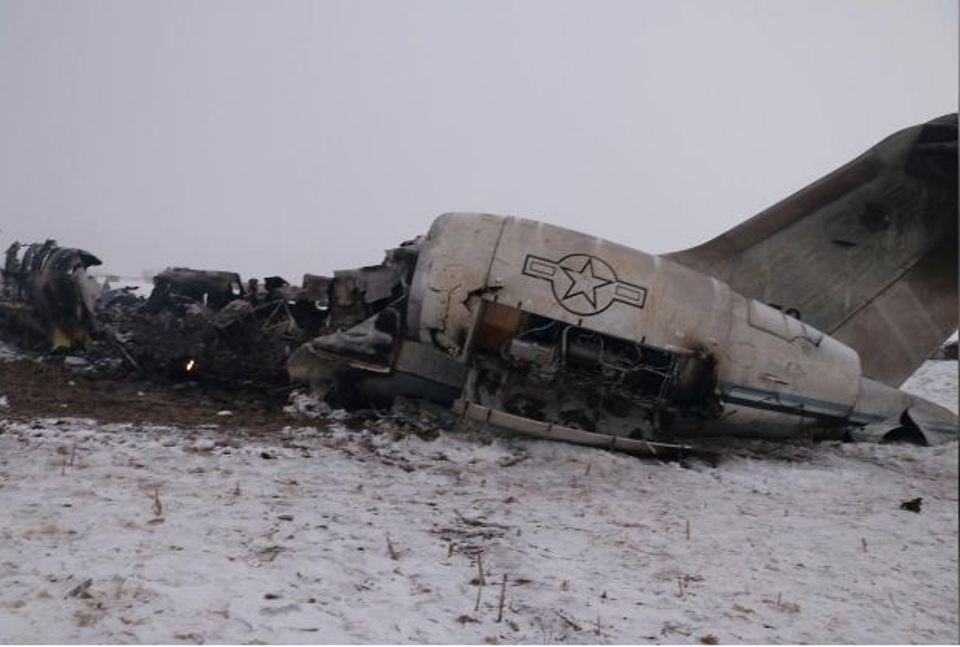 The wreckage of an airplane is seen after a crash in Deh Yak district of Ghazni province, Afghanistan January 27, 2020.

KABUL, Jan 28: Afghan forces and Taliban fighters clashed in a central region where a U.S. military aircraft crashed, officials said on Tuesday, as the government tried to reach the wreckage site in a Taliban stronghold.

On Monday, the U.S. military said an E-11A aircraft crashed in the province of Ghazni, but disputed Taliban claims to have brought it down, without saying how many were aboard or if any had been killed.

Security forces were sent to the site immediately after receiving a report of the crash in the Deh Yak district, but were ambushed by Taliban fighters, Ghazni provincial police chief Khalid Wardak told Reuters.

“As per our information, there are four bodies and two onboard were alive and they are missing,” Wardak said, adding that the forces subsequently received an order to retreat and airborne action is to be taken instead.

Zabiullah Mujahid, a Taliban spokesman, said Afghan forces backed by U.S. military support had tried to capture the area around the crashed aircraft and clashed with fighters of the Islamist militant group.

The attempt was repelled, however, he told Reuters, but added that the Taliban would allow a rescue team access to recover bodies from the crash site.

“Taliban fighters on the ground counted six bodies at the site of the U.S. airplane crash,” he said, adding that while there could have been more, the militant group could not be certain, as fire had reduced everything to ashes.

Speaking on condition of anonymity, U.S. officials said the plane was carrying fewer than five when it crashed, with one official saying initial information showed there were at least two.

The site has not been visited by U.S. officials or any other members of the international force in Afghanistan, but the Taliban claim to have brought down the plane is misleading, a U.S. defense official told Reuters on Tuesday, adding that a preliminary probe showed there was a mechanical error.

The crashed aircraft, built by Bombardier Inc, is used to provide communication capabilities in remote locations.