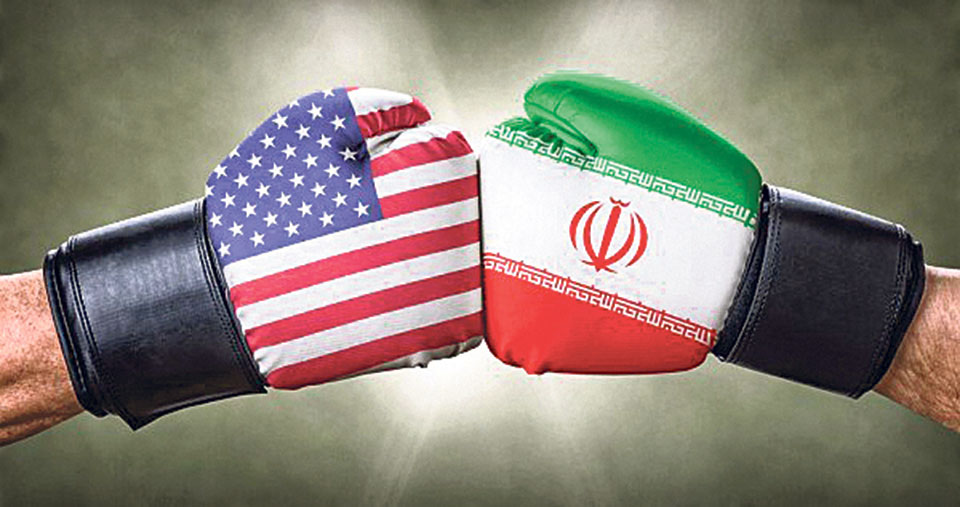 The United States told the United Nations that the killing of Iranian commander Qasem Soleimani was in self-defence and vowed to take additional action “as necessary” in the Middle East to protect US personnel and interests. On other side, Iran retaliated by firing 20 ballistic missiles at two military bases in Iraq where United States troops were stationed. It is believed that driving out the presence of United States from the region was the major objective of Iran and Soleimani’s personal mission. So the bigger picture is Iran lost its best military strategist and the assassination ensured the elimination of a man who America saw as potential challenger of its primacy in region.

This conflict and retaliation by Iran could create ground for wider conflict in the Middle East. If Iran is up to retaliation the US human assets in the region will remain at great risk as Iranian allies and proxies will be dragged into this reprisal game.

Some of the international sources have claimed that the plot of killing Soleimani was previously on the mark and on January 3, Donald Trump took the shot. In 2017, The New York Times had reported that Saudi Major General Ahmed al-Assiri took part at a meeting in Riyadh that involved plans to assassinate General Soleimani. However, looking at the unfolding circumstances it doesn’t feel like the Trump administration had pre-planned the attack and considered its possible consequences. Given the previous action records of US, it used to have roadmap for what comes next but with Iran it seems like Trump’s unpredictability syndrome is more dominant than America’s national interest. Such context brings us to the conclusion that both United States and Iran are now trapped in vicious circle of attack and counterattack that will trigger more conflict in already tensed region.

From the covert action of United States in 1953 Iranian coup to Iran’s Islamic Revolutionary Guard Corps’s shooting down surveillance drone of US, there have been many tit-for-tat promises which later used to get settled diplomatically. However, the recent scenario doesn’t tend to fit in old conflict model because the old rule of game is already breached by both nations. The years-old conflict between the US and Iran has now become direct, immediate and exceedingly dangerous after the assassination of leading symbol of Iranian regional agenda. In short, both remain vulnerable to diplomatic catch-22 coupled with possible uncertain action from opposite side.

With the military expenditure of 633565 million USD in 2018, United States is the superpower, yet it should consider the ability of opponents to strike back. Experts believe that Iran’s military arsenal may be no match for the United States’ in terms of technology but Iran makes up for it with tactics and numbers in strategic places. Thus for the diplomatic resolution United States should explain its activities, clarify its strategy, re-affirm its national interest and take action to balance its relationship not just with Iran but with entire Middle East.

The incidents involving superpower like US will have international impacts. West Asia has been polarised by the dispute, with the UAE, Egypt and Israel taking Saudi Arabia’s side while Turkey, Russia and Qatar are more sympathetic to Iran. In such context, economists have warned that potential conflict would have worldwide effects on energy prices and cause a domino effect on the economies of South Asia. Nepal is no exception.

Remittances are worth 31 percent of Nepal’s GDP and 1.5 million of its nationals are working abroad in the Gulf region with nearly 600,000 workers in Qatar and 350,000 in Saudi Arabia. Thus possible conflict will surely impact the flow of remittance and safety of Nepalis working abroad.

Trump is nowhere near to solving the US-Iran conflict. Thus situation can get even worse as he has already indirectly declared victory over Iran during his speech. While making critical analysis of the previous negotiation with North Korea and in trade talks with China, it can be noticed that Trump has developed a kind of impulse to provoke near-crises, accepting the status quo and then declaring victory. Similar trend is repeating in case of Iran.

Nepal needs to think about the safety of its citizens in the Gulf in case conflict between the US and Iran revives again.

The author is pursuing Master’s Degree in International Relation and Diplomacy at Tribhuvan University
Email: biranchipoudyal@gmail.com