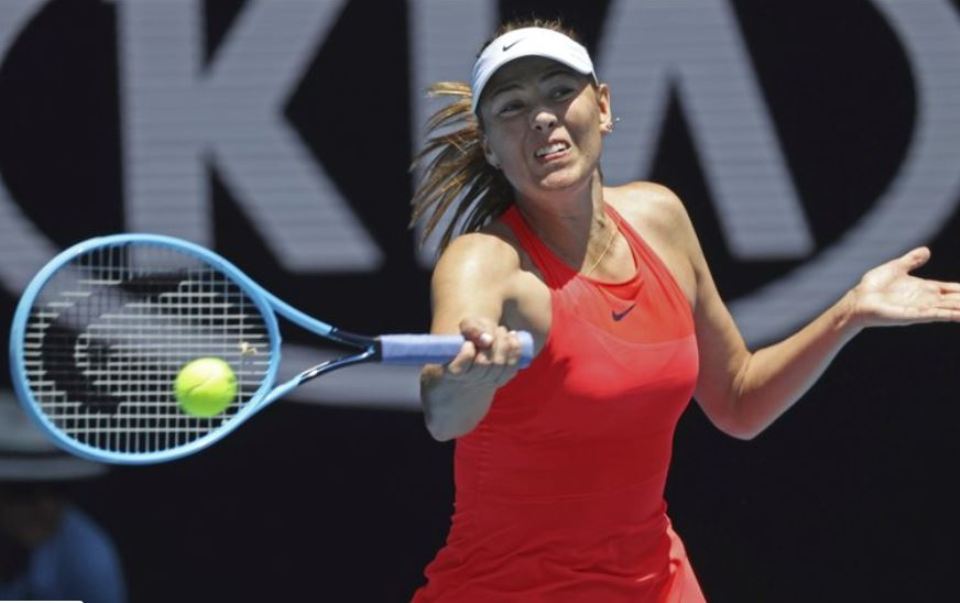 MELBOURNE, Australia, Jan 21: Maria Sharapova hasn’t won a tournament since 2017, and her ranking slipped to 136th by the end of last year.

After a 6-3, 6-4 loss to 19th-seeded Donna Vekic at the Australian Open on Tuesday, former No. 1-ranked Sharapova is now on a run of three first-round exits at Grand Slam events.

Top-ranked Rafael Nadal had no such issues in the following match at Rod Laver Arena, easily beating Hugo Dellien 6-2, 6-3, 6-0.

“A positive start,” Nadal said. “What you want in the first round is to win — straight sets is better.”

Only one of Nadal’s 19 Grand Slam singles titles have come at the Australian Open — in 2009— and he lost last year’s final to Novak Djokovic. He’s aiming to to that around and win next week to equal Roger Federer’s men’s record of 20 major titles.

No. 5 Dominic Thiem and No. 16 Karen Khachanov were among the other highly-ranked men to advance to the second round.

Sharapova, a five-time major winner, got into the main draw at Melbourne Park via a wild card granted by organizers, helped by the fact she won the 2008 title here. Drawing Vekic in the first round was tough.

The 32-year-old Russian has had a series of right shoulder injuries and also served a 15-month suspension for a positive doping test to meldonium. Since her return from the suspension, her best showing at a major has been the quarterfinals at the 2018 French Open.

She wasn’t making any excuses.

“I mean, I think I’m not the only one — I can speak about my struggles and the things that I’ve gone through with my shoulder, but it’s not really in my character to,” Sharapova said.

Johanna Konta, a 2016 Australian Open semifinalist, lost her first-round match to Ons Jabeur 6-4, 6-2. It was only her second match since she lost in the quarterfinals of last year’s U.S. Open because of a tendinitis-related problem in her right knee.

The 12th-seeded Konta lost in the first round at the Brisbane International and then withdrew from the Adelaide International in an attempt to manage her injury. Even before she left for Australia, the British No. 1 told officials she wouldn’t play Fed Cup this year.

Konta had always made at least the second round in four previous appearances in the main draw here. Still, she was upbeat after the loss.

“I think ultimately the main thing was to start playing again, and I am,” she said. “And how I physically felt out there is obviously a massive tick for me compared to where I was in September of last year. Before Brisbane, I had been out for almost 4-1/2 months. So it’s been quite a bit of time, not far off getting a protected ranking.”

After torrential rain hit Melbourne Park on Day 1, organizers had to move dozens of matches over to Tuesday.

Sinner, the Next Gen ATP Finals champion, only had to win two games on Day 2 to complete his first match win at a Grand Slam event.

“I was up in the score, so it was a little bit easier for me,” Sinner said of the suspension. “Obviously I wanted to finish yesterday. We waited here till 8 p.m., so it’s been a long day yesterday for me, for every player.”