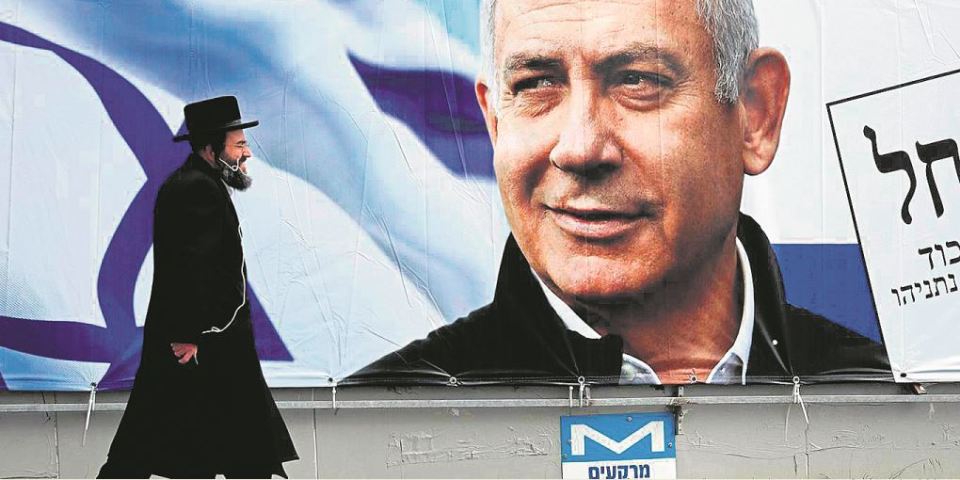 As the West turns ever more inward, Israel now must consider how it can remain the West’s vanguard and first line of defense in the Middle East

JERUSALEM – If any Western country is suffering from democratic dysfunction, it is Israel. With the country’s political leaders having again failed to form a government following the most recent parliamentary election in September, voters will head back to the polls in March 2020 for the third time in less than a year. Yet, given Israel’s inflamed, polarized politics and its highly proportional electoral system, what else can one expect from this next national vote except more deadlock?

Israel’s prime minister, Binyamin Netanyahu, has long seen himself as an Israeli Winston Churchill, the ultimate savior for a people confronted with the supposed threat of a new Holocaust from a nuclearized Iran. Now, however, he would be glad to emulate current British Prime Minister Boris Johnson by securing a clear parliamentary majority through a combination of determined mendacity on his part and weariness on the part of the electorate.

Moreover, Netanyahu still has some cards to play. Many Israeli voters of Russian descent dream of an “Israeli Putin,” or a strong ruler with an authoritarian temperament—and “Bibi” probably is the most qualified. But deep down, a majority of Israelis think that the post-Netanyahu era has already begun, and that the prime minister wants to remain in power as much to avoid possible imprisonment for alleged corruption-related crimes as to save his people.

Netanyahu’s instinct for self-preservation also increases the risk of an escalation of tensions with Iran—especially because the regime in Tehran may itself be tempted to divert public attention from its own problems.

True, the Middle East today does not resemble Europe in 1869 on the eve of the Franco-Prussian conflict. There are no “war parties” in Jerusalem or Tehran like the ones that existed back then in Paris and Berlin—suggesting that the presence of long-range missiles, whether or not they are armed with nuclear warheads, does make a difference in that regard. Nonetheless, regional tensions may provide a welcome respite for an Iranian regime that is increasingly unpopular with the public, both at home and in Iraq and Lebanon, where Iran wields considerable influence. Nor would Netanyahu mind a little tension with Iran over Syria, if only to remind Israeli voters that—even though his main rival Benny Gantz, the leader of the Blue and White party, is a former chief of the Israeli military—no one can match Bibi when it comes to security.

Israel not only illustrates the current crisis of liberal democracy, but also stands out for already viewing the future of the world in “G2” terms. The country’s policymakers thus face the major strategic challenge of balancing relations with the United States and China.

Clearly, Israeli leaders do not want to weaken the country’s long-standing ties with America, its most important ally. Yet, the future of the world, and therefore of Israel, will increasingly be determined by developments in Asia. So, pursuing a strategy that some regard as cynically opportunistic and others as wise, Israel has become increasingly open toward China.

Israeli officials must somehow convince the US government that allowing a Chinese state-owned company to build a new shipping terminal at the Port of Haifa, or adopting Chinese 5G technology, are not choices directed against America. They argue that because Israel is a small country, such developments should not overly concern the US. But US policymakers fear that if one of America’s closest and most faithful allies strengthens ties with China, then less close and much larger partners—particularly the European Union—will seek to do the same.

Although Israeli officials are well aware of this dilemma, they are losing confidence in the US. Not only is US diplomacy under President Donald Trump completely unpredictable, but now the poison of anti-Semitism is openly manifesting itself in America. In 2019, more Jews have been murdered in anti-Semitic attacks in the US than in Europe. American Jewish communities that previously raised funds to help ensure Israel’s security now are increasingly concerned about their own.

Israel’s democratic challenges and its rapprochement with China go hand in hand. True, when compared with Iran, Egypt, or today’s Turkey, the country still can present itself as the region’s sole democracy—as long as one leaves out the Palestinians living under occupation. (On that front, there is something of a competition between Israel and most, if not all, Arab regimes for who can be the most indifferent to the Palestinians’ plight.) Yet, a subtle evolution is taking place in Israel that is more than a simple variation on the theme of “democracy is good, security is better.” If America and Israel are simultaneously moving in the direction of “illiberal democracy,” it becomes harder to speak of a “geography of values” uniting the two countries.

With China, everything is at once simpler and more complex. On one hand, China’s leaders are entirely cynical about human rights. On the other hand, one cannot appeal to their sense of historical guilt as one can with Europeans, nor make the sort of biblical references that resonated with US presidents such as Harry Truman and Jimmy Carter.

As the West turns ever more inward, Israel now must consider how it can remain the West’s vanguard and first line of defense in the Middle East. But the country may one day be tempted to present itself instead as the frontline of Asian modernity in the region, ready to exchange American protection for Chinese. The question of whether Israel could sever all links with its values is clearly premature today, but tomorrow could be another story.

Hong Kong citizens’ resistance to authoritarian Chinese rule is—or should be—reminding Israelis of their country’s democratic roots. But, given widespread election fatigue and the changing balance of global power, it remains to be seen how long democratic values will continue to hold sway.

Dominique Moisi is a special adviser at the Institut Montaigne in Paris.
© 2020, Project Syndicate
www.project-syndicate.org

Israel’s latest parliamentary election has consolidated the country’s position within a growing bloc of illiberal democracies around the world ... Read More...