KATHMANDU, Jan 20: The Parliament Secretariat on Monday unveiled a calendar to elect a new speaker of the House of Representatives. 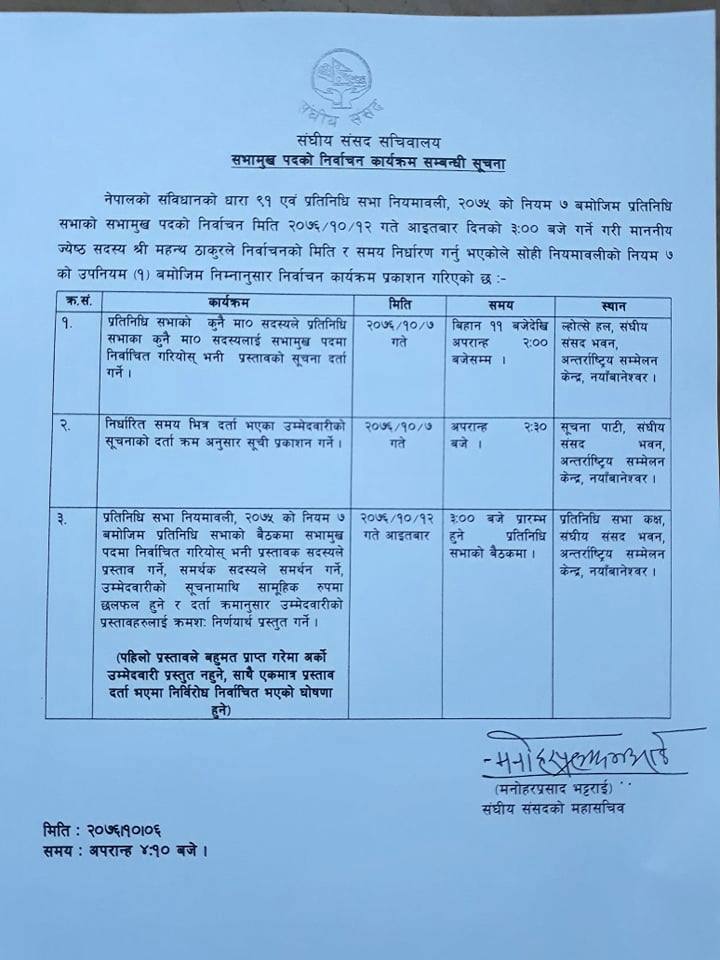 According to the calendar, the election for the new speaker will take place at 3 pm on January 26.

With this, the election process for the new speaker and deputy speaker of the lower house started today.

The development comes a day after the ruling Nepal Communist Party (NCP) decided to field its leader Agni Sapkota as a candidate for the post of speaker.

This afternoon, the HoR meeting instructed the general secretary of the Parliament Secretariat to fix the election date and unveil the election calendar.

Parliament has been headless since early October 2019, when the then speaker Krishna Bahadur Mahara resigned from his position after he was accused of sexually assaulting a female staffer.

Article 91 (2) of the constitution has mandatory provision of electing the speaker and deputy speaker from different political parties and gender.

KATHMANDU, March 7: The federal Parliament Secretariat has registered a notice tabled by the Dahal-Nepal faction of the ruling Nepal... Read More...