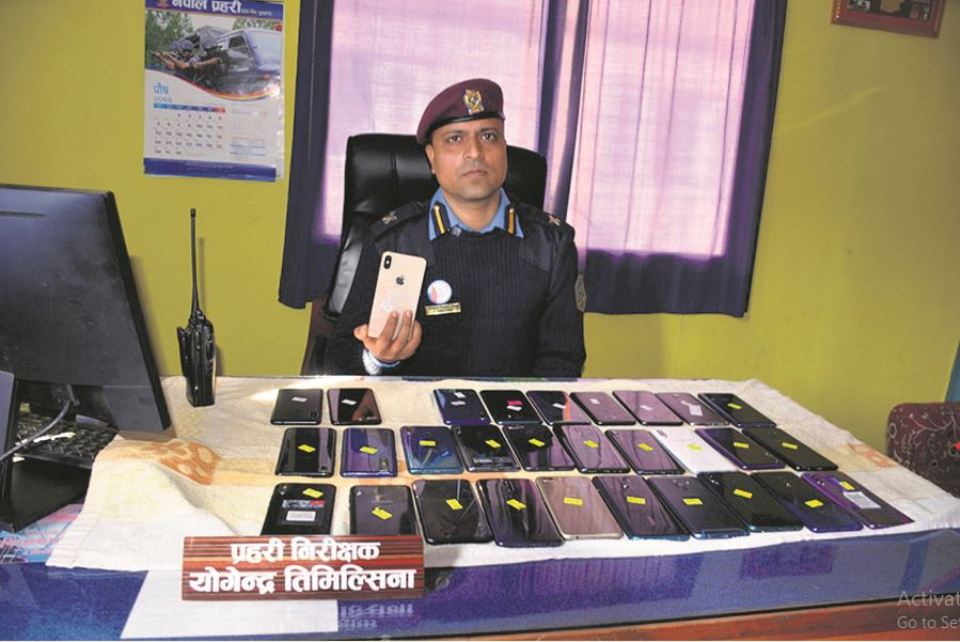 BANEPA, Jan 16: Police on Wednesday arrested two individuals and confiscated 30 sets of illegally-imported smartphones from Banepa. Those smartphones were kept on sale by the arrested, according to police.

“As per the market value, the seized smartphones are worth Rs one million,” said Yogendra Timilsiana, chief of Area Police Office, Banepa.

During the raid operation, both the shop owners couldn't show the purchase receipt of the smartphones. “Both of the arrested have already accepted that the smartphone were illegally imported to Nepal,” Timilsina said, adding that those smartphones are not registered with the concerned department, and those gadgets can be used in criminal activities.

Timilsina further added that the arrested have been sent to the Department of Revenue Investigation for further investigation.

MELAMCHI, Feb 12: Over 118 kilograms of gold was confiscated from the Tatopani point in Sindhupalchowk in the past six... Read More...