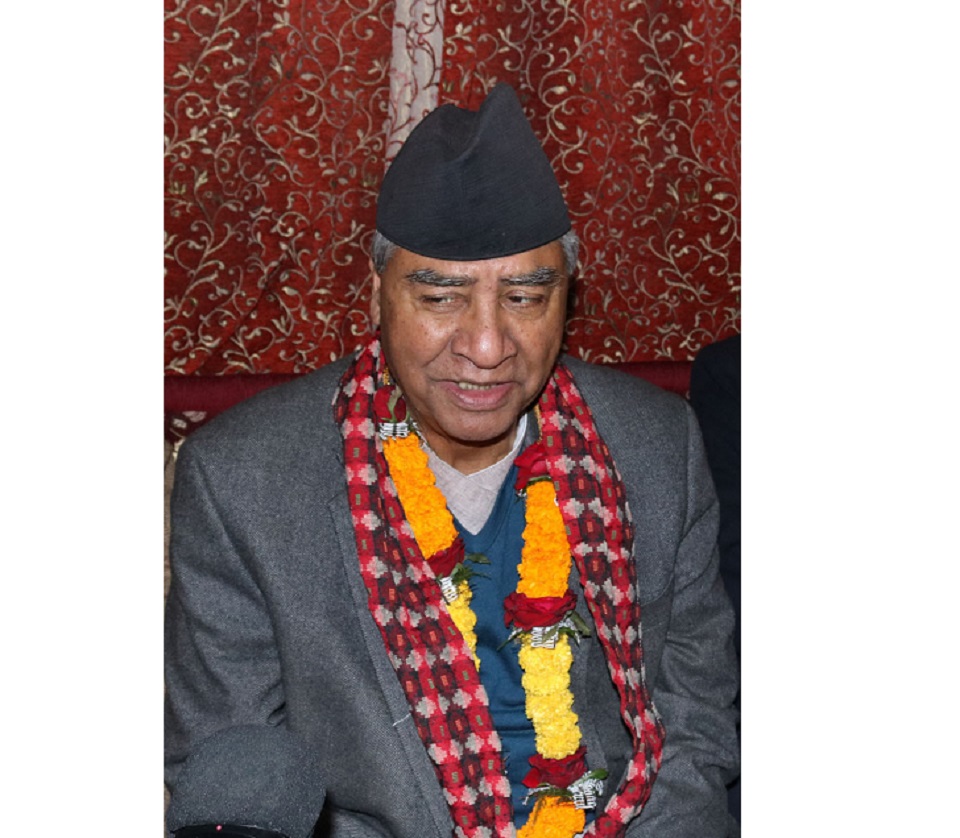 BIRATNAGAR, Jan 15: President of the main opposition Sher Bahadur Deuba has said that Speaker of the House of Representatives should be elected at the earliest.

Talking to media persons at Biratnagar airport on Wednesday, NC President Deuba urged the ruling Nepal Communist Party (NCP) not to make the parliament the captive of indecision. He also claimed that the NC would run the parliament in a systematic and disciplined manner if NC gets the post of Speaker.

Blaming that the process for the selection of the Speaker has been delayed due to internal dispute of the ruling NCP, the NC President said the people are fully aware of the ingrained groupism in the NCP.

President Deuba shared the information that the NC would call its parliamentary party meeting soon to remove stalemate of the parliament and a concrete decision would be taken from the meeting in this regard.

Responding a query, the former Prime Minister stressed the government has to pass the MCC as the NC had already supported it.

The NC President said party organisation should be made stronger by resolving minor problems nagging the party. He ruled out the possibility of the rescheduling of the party's general convention.

In a tit-for-tat move, NCP's Dahal-Nepal faction asks Nembang to resign from post of deputy parliamentary party leader
15 hours ago

'When will it end?': How a changing virus is reshaping scientists’ views on COVID-19
2 minutes ago