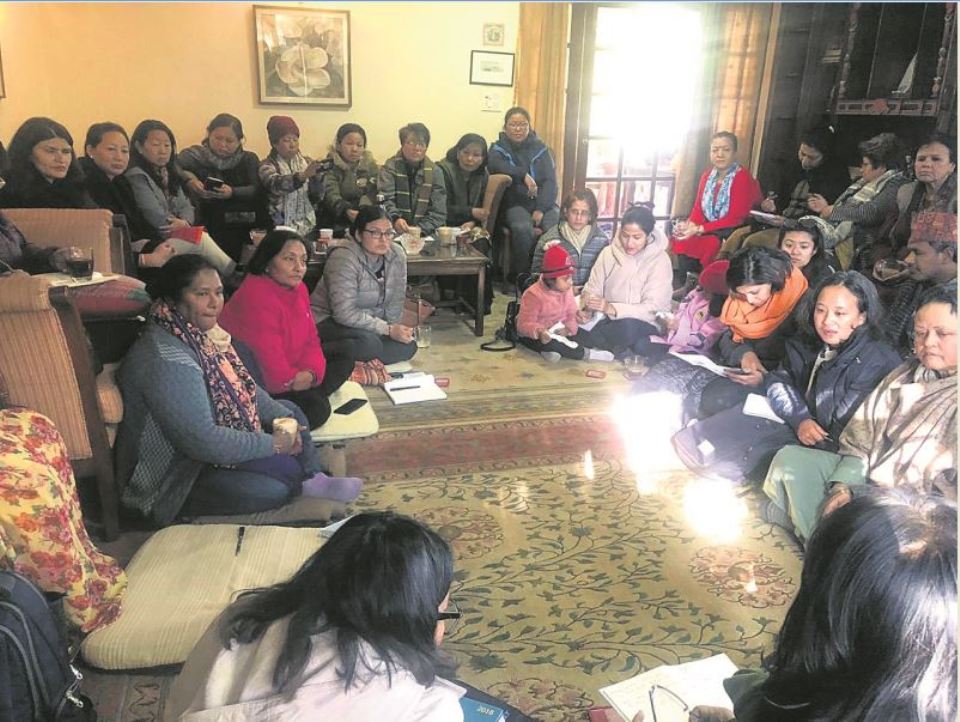 KATHMANDU, Jan 14: A meeting of women’s rights activists held in Kathmandu on Monday concluded that the position maintained by Deputy Speaker Shiva Maya Tumbahangphe not to resign from her post had left them all holding their heads high.

The meeting organized by the Inter-generational Women’s Rights Group urged the leaders of the ruling political party to elect Tumbahangphe as speaker, given her unquestioned political career and her performance as deputy speaker of the House of Representatives.

Reviewing the role and participation of women in Nepal’s politics, the meeting recalled that women accounted for 51 percent of the voted in recently held election.

“Civil society leaders, intellectuals, political analysts, media, and female and male politicians who have been speaking up for justice and equality during this difficult and important time are well appreciated,” said a press statement issued after the meeting.

More than 70 women’s rights activists, human rights activists, journalists and lawyers participated in the meeting. They unanimously agreed that Tumbahangphe rightfully deserves to be speaker as she has never courted any controversy and has discharged her duties as deputy speaker impeccably.

The meeting comes after a secretariat meeting of Nepal Communist Party (NCP) decided to direct her to step down as deputy speaker to open the way for electing a new speaker from the NCP. Constitutional provisions bar a single political party from having the posts of both speaker and deputy speaker of the lower house.

During her recent meeting with Prime Minister K P Oli and NCP Chairman Pushpa Kamal Dahal, Tumbahangphe said that she would resign only if she is offered the post of speaker.

The former Maoists within the NCP has been demanding the post of speaker for themselves as ousted incumbent Krishna Bahadur Mahara belonged to their faction. Dahal is lobbying for Agni Sapkota as new speaker. But Oli wants to elect two-times speaker Subas Nemabang once again, describing him as an experienced hand.

In defense of Shiva Maya

One would say, sati system, an ancient Hindu tradition, wherein a widow would burn herself to death on her husband’s... Read More...