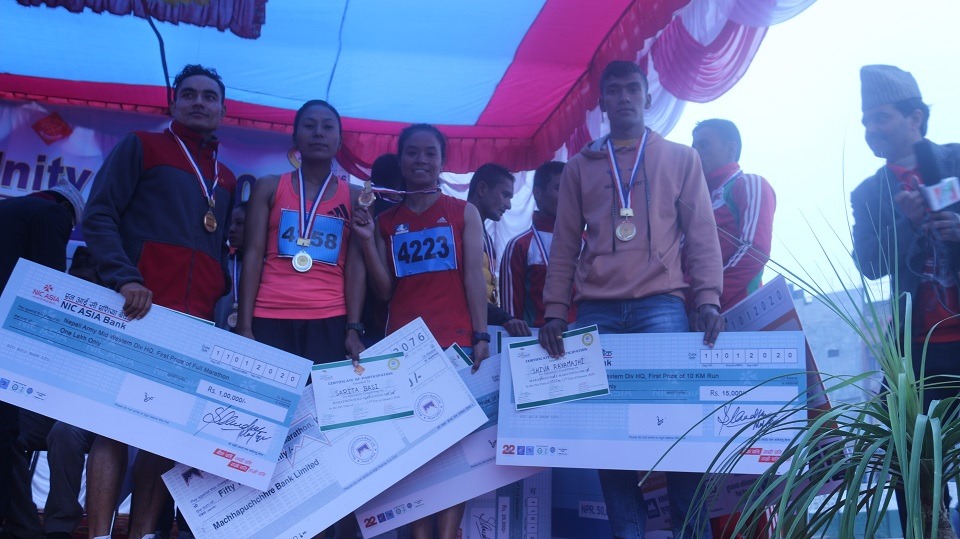 A total of 3500 runners had participated in the marathon which was categorized as full marathon and half marathon of 42 and 21 kilometers respectively. Similarly, Unity Run was of 10 and 5 km.

The event was inaugurated by Deputy Prime Minister and Minister for Defence Minister Ishwor Pokharel.

According to Nepal Army Mid-Western Division Headquarters Butwal, the Marathon was organized to disseminate the message of national unity and promote the national campaign of Visit Nepal Year 2020.

Nepal Army's Hari Kumar Rimal won the full marathon completing the 42-km distance in 2 hours 31 minutes and 2 seconds. Two other army men Rajan Rokaya and Kalyan Baniya completed the run in 2 hours 32 minutes and 28 seconds and 2 hours 37 minutes and 4 seconds to be second and third.

DPM Pokharel distributed prizes to the winning athletes amid a special function. According to Major Prem Narayan Shrestha, the winner of the full marathon was awarded a cash prize of Rs 100000, the first runner up with Rs 50000 and second runner up with Rs 25000. 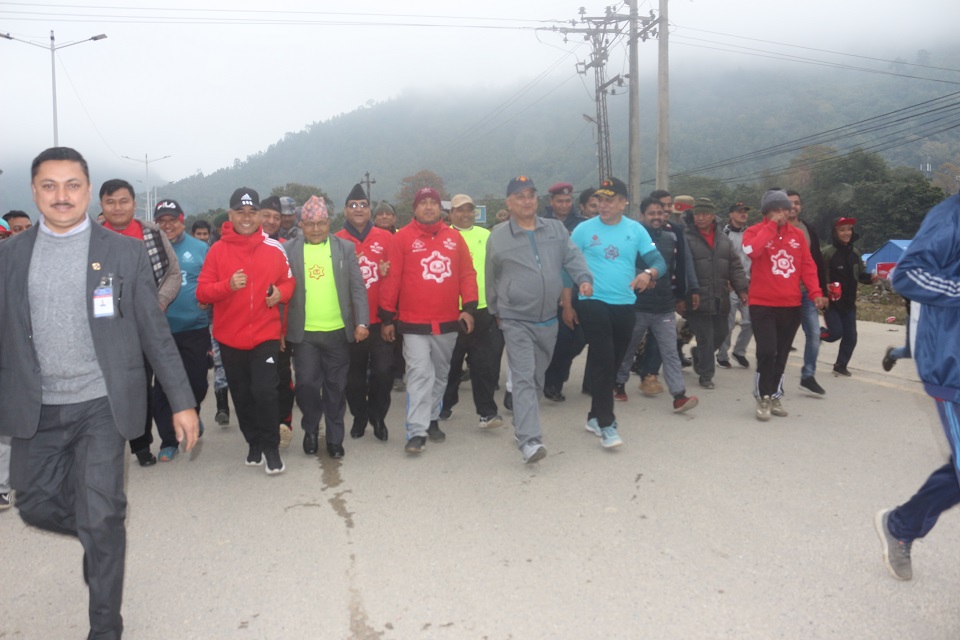 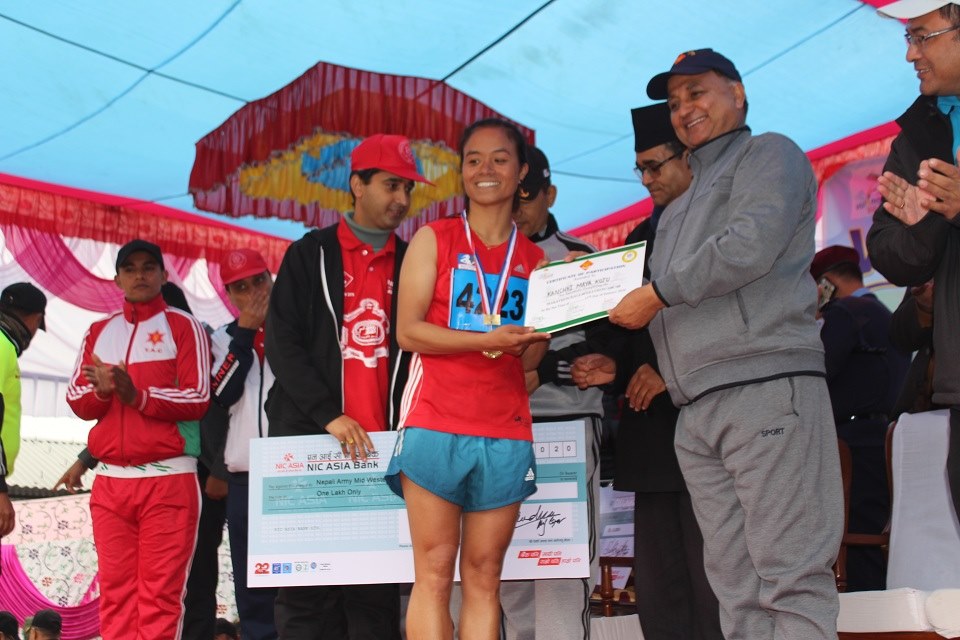 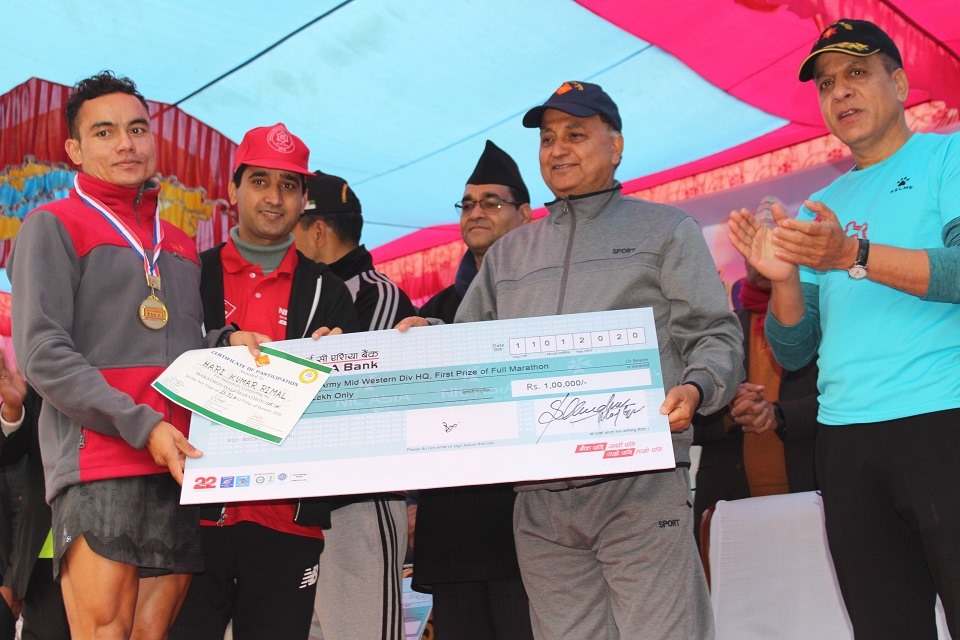 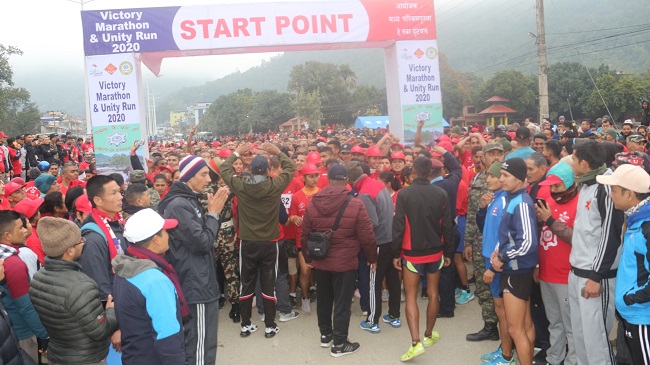 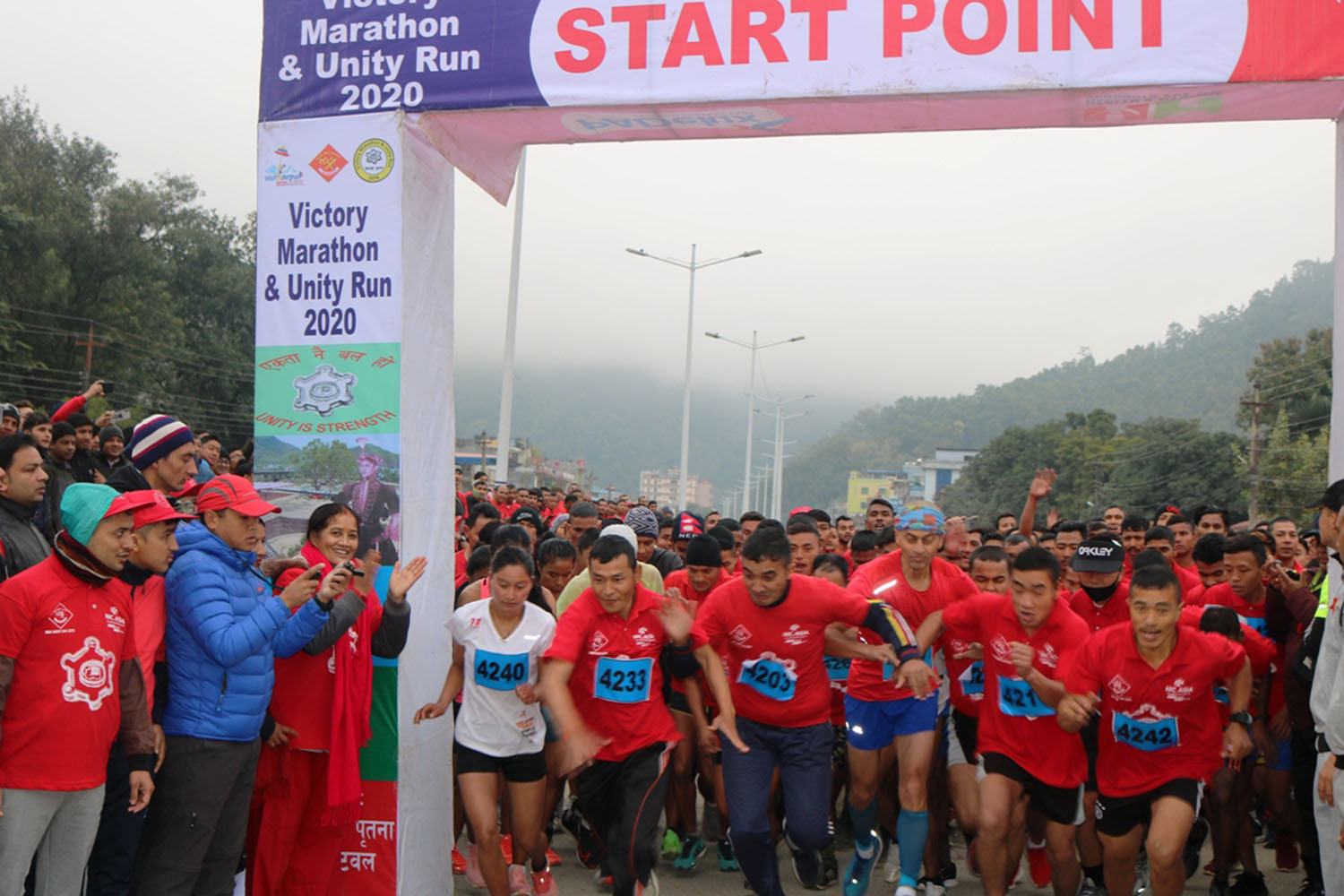 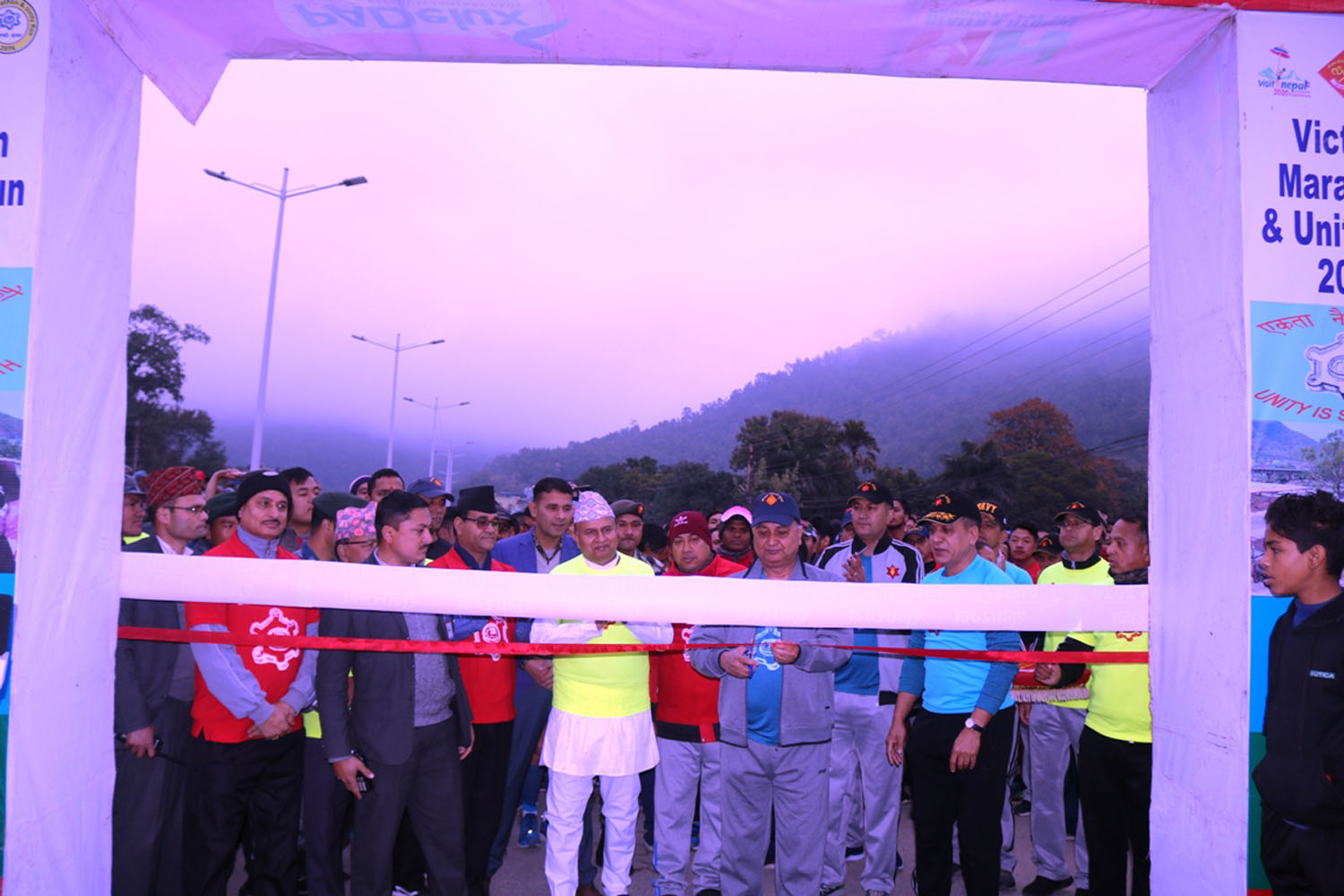 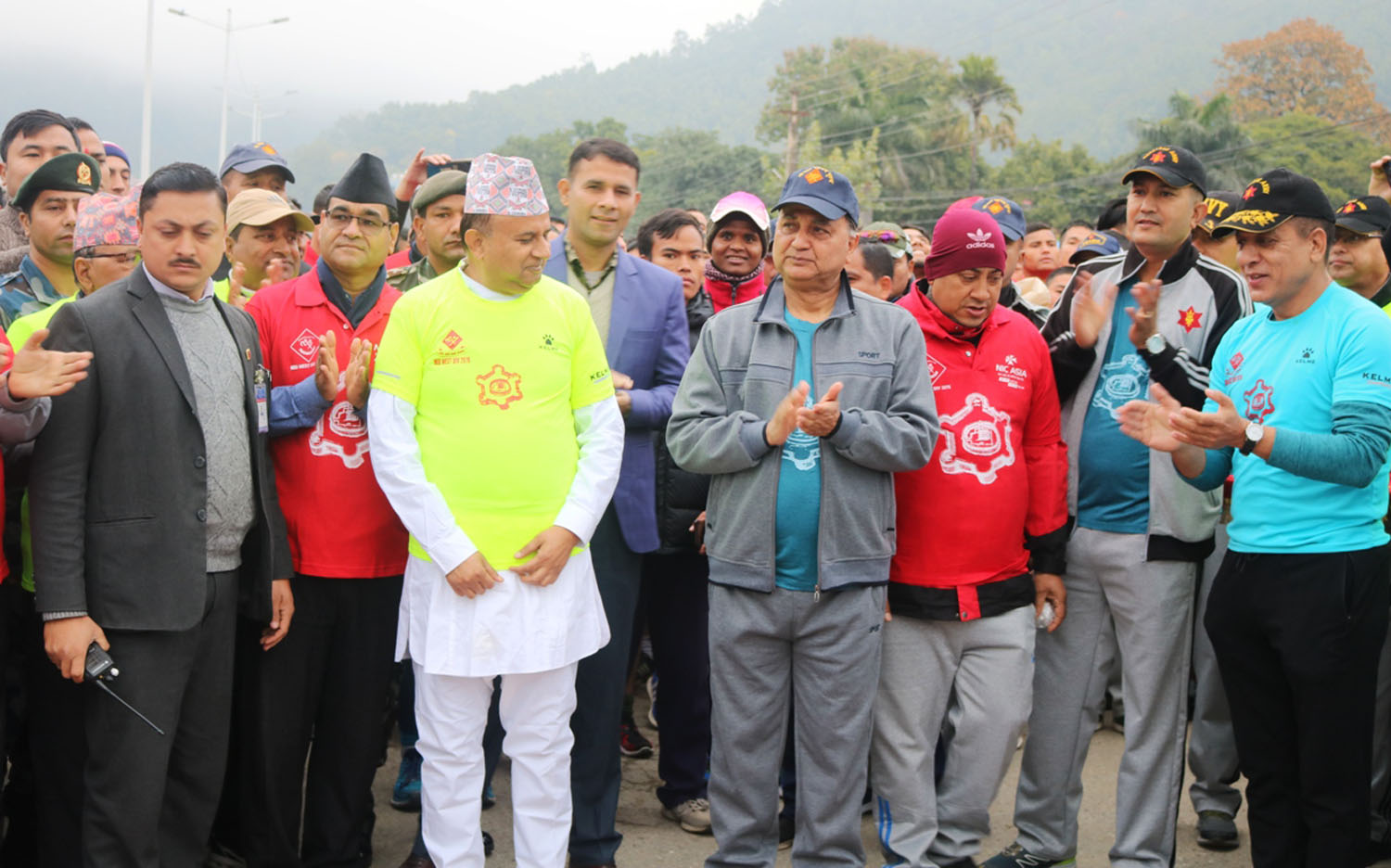 KATHMANDU, Aug 7: The Defense Ministry has endorsed the Nepal Army’s proposal to procure 5,700 pieces of M7 Bayonet and... Read More...

Integrated policy to be introduced for Raute Community
13 hours ago