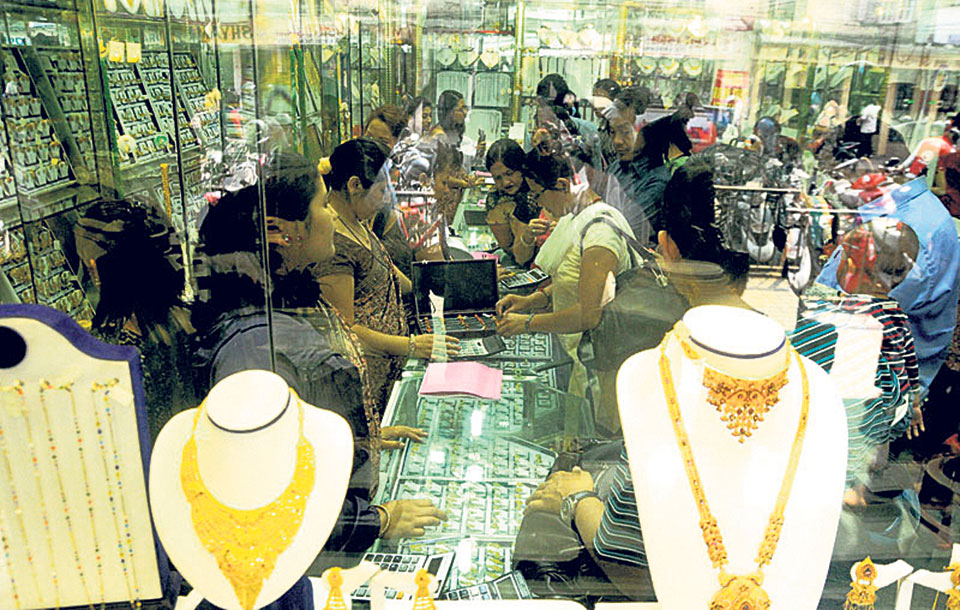 The price increased by Rs 1,000 in a single day. According to the Federation of Nepal Gold and Silver Dealers' Association, the yellow metal was traded at Rs 73,500 on Thursday.

According to Dharma Sundar Bajracharya, general secretary of the federation, there are more chances of gold price increasing in the market in upcoming days.

Earlier, the price of gold was recorded high on September 4 and December 1 at Rs 73,500 per tola. The price of gold has been rising steadily since July with occasional falls.

According to gold traders, the increasing price has affected their business this year. Festive season and wedding season gave some ray of hope for gold traders, but the business was low rest of the year. Customers hesitated to purchase gold and compromised on their purchase due to whooping price of gold.

This year, gold traders sold gold worth nearly Rs 7 billion during Tihar festivals. Sales during Tihar provided them a much-needed respite in the business as the increase in price had pushed down the demand for precious metals in the domestic market. The main reason for increased gold sales was Dhanteras, a day during the Tihar festivals which is considered an auspicious day to buy gold.

Gold price hits a new record, being traded at Rs 72500 per tola today