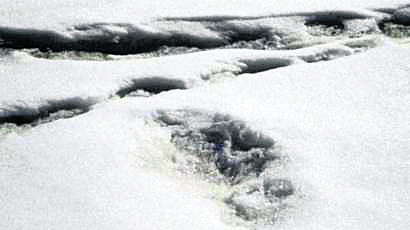 For a few days, yours truly had been searching for the topic to write something or anything about. You see this scribbler is not some great writer, who can write a masterpiece in a jiffy, in a manner that a magician brings out all sorts of objects as per the demand from the audience.

So much is happening here, there, everywhere in this land of milk and honey and you are searching for a topic to write about, as if it were a needle in the haystack.

You may say—your views obviously depend on where you are coming from—so much is happening here, there, everywhere in this land of milk and honey and you are searching for a topic to write about. If your heart beats for the opposition camp, you may list great things that your party is doing, of course, for the country and the people, inside and outside the Parliament. Things like protest for the sake of Limpiadhura, Lipulekh, Kalapani, Susta and several other encroached upon/invaded territories. Things like support for some mega foreign aid project, explaining at great length how it will bring all benefits—and no harm—for Nepal. Things like your charismatic leader’s fiery speech in the Parliament against all forms of corruption save the ones in which your party may have some involvement. You see there’s a limit to which you can be impartial and objective.

If you belong to the jungle, your rhetoric will obviously be different. You will, most probably, talk about your party’s struggle against imperialist and reactionary forces, and how your party rule will, pretty soon, bring this country from the brink and establish it as one of the greatest nations by turning it into a cradle of your brand of revolutions.

The view from the ruling dispensation will be quite different, apparently. You will obviously talk about the vision and Yeti-size (you see, the king is long gone but Yeti is very much here as a force to reckon with) contributions of the current political leadership that has spent years behind bars for overthrowing the tyrannical regime. In this country, years spent in jail as part of the democratic struggle is the first and foremost prerequisite for making it to the highest office.

You will of course talk about actions like the establishment of a social security fund, meant for the welfare of the workforce. Yours truly has observed with shock and disbelief that the employers, who were vehemently opposing the government plan, are staying silent as far as this issue is concerned. Does it mean that they have somehow got their concerns addressed, thanks to friends in high places?

Since your needs are well taken care of, you will have whole lot of energy to spend. You can use it for your own brand of revolutionary cause—waxing eloquent about government efforts to get back territories that were literally invaded when the state was in deep slumber, citing great chemistry between political leadership of our own and that of the invading country. Grand plans to connect with the south and the north via rail, road and waterways will also be part of your narrative.

All of you guys, yours truly is pretty sure, will harbor certain ill-feeling toward guys like yours truly who fail to see all great things that their great masters are doing, for the country and the people.

The hurt spin doctor in you will react like this:

Sarkar lai ‘hepnii’? (How dare you belittle the government?)

Government, main opposition and revolutionary guys may say these words inwardly or outwardly, muttering their teeth depending on the level of their rage. If you see any indication of frowning, hear faintest of muttering of teeth, clenching of feasts or other such disturbing signs from the guy/s you are conversing with, you may choose to hold forth at your own peril.

You see, tall claims from you guys do not even make an average piece, so yours truly set out in search of something to write about. And how lucky he was.

At a hip and happening mall, yours truly had an encounter with the most formidable creature of our times. Don’t know what this scribbler is fooling about? Well, where are you these days, guys? On that part of high heavens where no other human has set foot on? In some other fools’ paradise? In the farthest corner of the globe, where you do not get Nepali newspapers, where you are shut out from the rest of the world? Are you in some netherworld, guys?

Without mincing words, let yours truly reveal: He came across two smaller-than-life-size proverbial Yeti (well, what can be larger than the real Yeti appearing in the Nepali media these days? These humble creatures were welcoming the visitors. What a pleasant surprise? What a delight?)

Needless to say, their sighting made my day. Let the limelight-wallah Yeti grow by leaps and bounds by using the property of the ‘reactionaries’ that was actually the property of the Nepali peoples. Forget about the lofty plans to use that property for the welfare of the masses and leave it to the social security fund.

Before wrapping up, yours truly wishes all the best for the real Yeti for the Year 2020. The year 2019 was your year and yours truly hopes 2020 will see you climbing up and up and up and making it to the Forbes 500, with a humble suggestion to the ruling party: How about changing your name to the Yeti party, for all the limelight that it has been hogging because of the real and quite formidable Yeti?

KATHMANDU, Dec 13: The International Relations Committee under the House of Representatives (HoR) has directed the government to issue a... Read More...