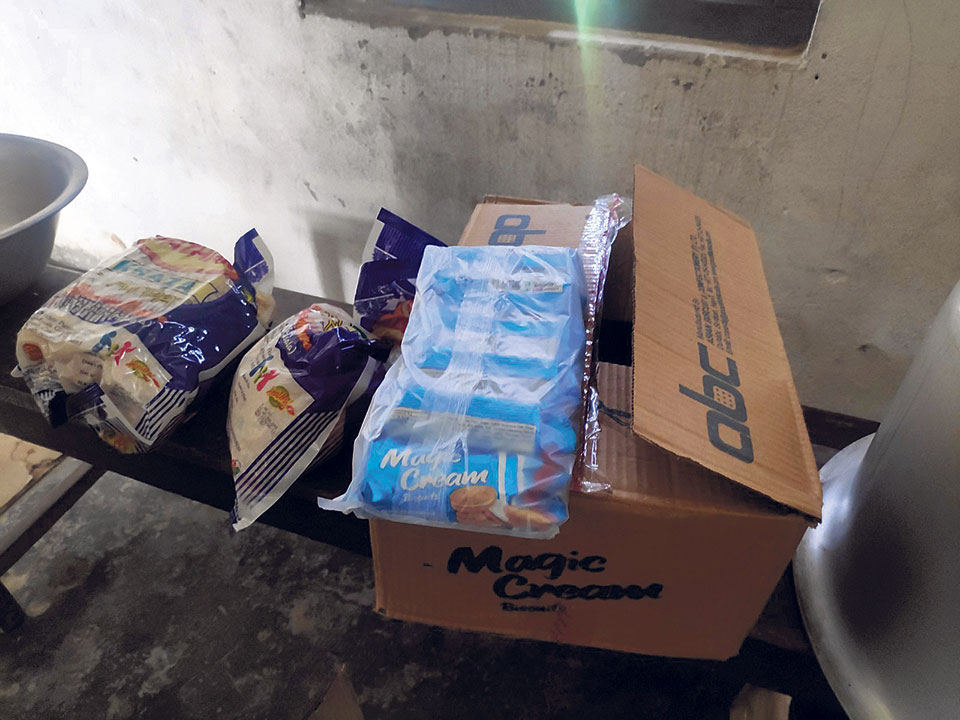 TIKAPUR, Dec 29: Some community schools in Lamki Chuha Municipality of Kailali district have been distributing junk food to their students for lunch, it has been learnt.

The government had introduced ‘midday meal program’ to reduce the number of dropouts at schools. Under the program, the government had announced to distribute nutritious food to the students – up to fifth standard – in community schools.

The program was launched by the government to discourage the consumption of junk food.

As per the working procedure of the program, locally-available nutritious food should be distributed to students for lunch.

As per the working procedure, schools should distribute foods rich in carbohydrate, protein and minerals to their students.

A student at Janahit Aadharbhut School said that the school has never distributed nutritious food for lunch. “The students get biscuits, beaten rice, among others for lunch,” the student said.

Meanwhile, students at Gyanodaya Aadarbhut School have complained that they didn’t get lunch from the school. According to Rana Singh Rawal, principle of the school, it was unable to distribute lunch as the municipality didn’t release the budget for mid-day meal.

Junk food prohibited at schools across the country

BHAKTAPUR, Feb 16: The government has directed all the community schools across the country not to feed junk food to... Read More...

Schools and airport shut in Bara due to cold weather

Dr Karki resigns from post of NMC member
22 hours ago

Mid-hill Highway makes 64 percent progress in one and half decade
2 minutes ago
Local level to provide Rs 10,000 to Dalit girls who marry after 20-year
28 minutes ago

Udayapurgadhi getting restored to its former glory
1 hour ago