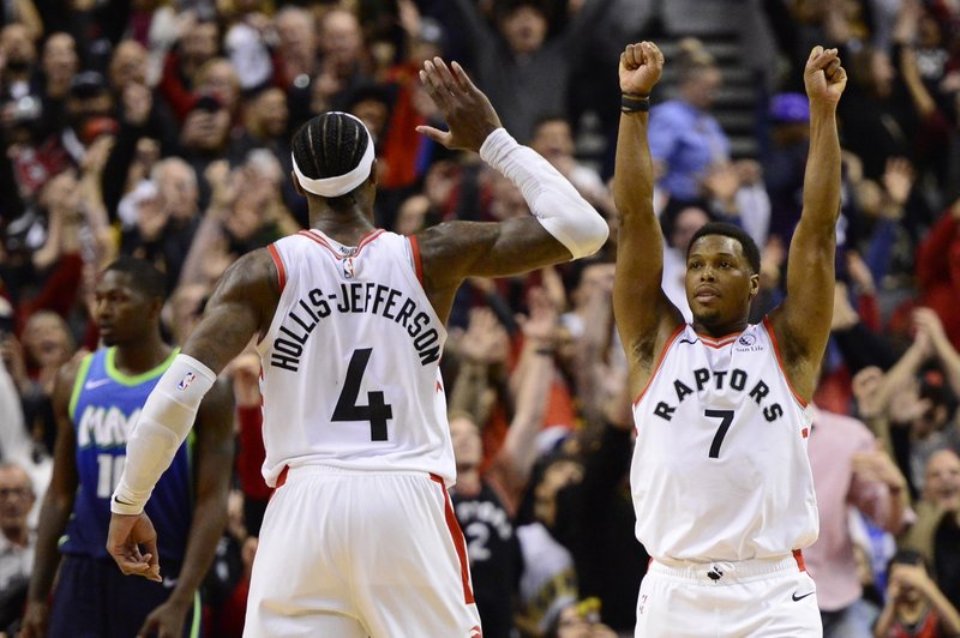 AP, December 25: A six-pack of Christmas nuggets to know going into this year’s slate of showcase NBA games on the holiday: Boston at Toronto, Milwaukee at Philadelphia, Houston at Golden State, the Los Angeles Clippers at the Los Angeles Lakers and New Orleans at Denver.

It’s not a rule, but the NBA champion routinely gets a home Christmas game and this year is no exception — with Toronto playing on the holiday for only the second time. The Raptors played at New York in 2001 in their debut Christmas game and haven’t played on Dec. 25 since.

The Raptors become the sixth consecutive reigning champion to get a home Christmas game (last one not to was Miami in 2013), and the 12th consecutive champion to play on the holiday. The last champ that got Dec. 25 off was San Antonio in 2007.

Part of the reason why Toronto hasn’t featured in past Christmas lineups is because Canadian television viewers don’t factor into U.S. ratings since they aren’t measured by Nielsen. That was also the primary factor why ratings for some games in last season’s NBA Finals were down from past years.

With the Raptors getting a home game, the only two active franchises yet to play at home on Dec. 25 are Minnesota and New Orleans. And with the Raptors playing again, Sacramento — not part of NBA Christmas since 2003 — now has the second-longest active drought on the holiday. The longest is Atlanta’s, since the Hawks haven’t played on Dec. 25 since 1989.

Among the All-Stars who’ll be playing on the holiday for the first time: Denver’s Nikola Jokic, Boston’s Kemba Walker and Toronto’s Kyle Lowry — who had clamored for the Raptors to be part of the Christmas lineup for years.

If he plays and the Lakers win, LeBron James would be part of a 10th win on Christmas — tying the now-retired Dwyane Wade for the all-time lead among players.

The Christmas record for career 3-pointers is also likely to fall on Wednesday. Kevin Durant has the mark with 22, with New Orleans’ JJ Redick (21), James (20) and Houston’s James Harden (17) all within striking distance and all set to appear on Wednesday’s schedule.

The NBA schedule is done over the summer, and the people putting the 1,230-game slate together know the importance of picking the right matchups for Christmas.

It’s not a foolproof process.

Back in July, it was known that Golden State wasn’t going to have Durant (now in Brooklyn) or Klay Thompson (ACL tear) for Christmas this year. But the Warriors were still going to have Stephen Curry, among others, and five straight NBA Finals trips made them seem like a very strong Christmas pick.

Same goes for New Orleans, which got the Christmas nod in large part because it had the No. 1 draft pick in Zion Williamson.

You know the rest. Curry got hurt, Williamson hasn’t played yet and the Pelicans and Warriors are the two worst teams in the Western Conference.

But this isn’t that uncommon.

This is seventh consecutive year that multiple teams with losing records have been on the Christmas schedule. There was only one in 2012 — the Lakers were 13-14 going into their win over the Knicks — and none in 2011 because that was the first day of the lockout-shortened season.

Houston’s Eric Gordon — who has been out with a knee injury but is nearing a return — is one of only two players in a most unique club.

The first was Leo Kubiak, who turned 22 on Dec. 25, 1949 and scored 15 points in the Waterloo Hawks’ 97-93 win over the Indianapolis Olympians. That was Kubiak’s lone NBA season.

The Clippers haven’t been off the Christmas schedule for very long. Their most recent appearance before this year was only in 2016.

A few things have changed since.

Alan Anderson and Diamond Stone were available but did not play. Chris Paul had a strained hamstring, and Blake Griffin and Brice Johnson were inactive.

None of them are still with the Clippers, just three years later.