More than a fistful 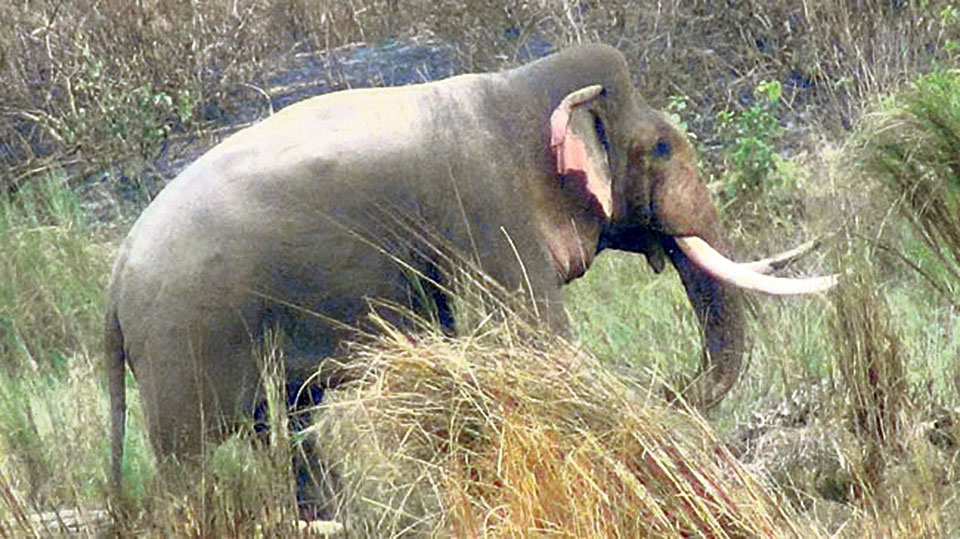 Airport ahead: Use Diversion. Photo: Republica/Files

Different people want Nijgadh airport for different reasons given that it has a price tag of about 6.56 billion dollars. Some want it more due to pathetic state of TIA

The media is currently hot with the Nijgadh debate. The location for a new “green forest” airport, commonly understood as the “second” international or even as “prime” international airport, is in every media, print or visual. Not being able to do much in terms of visible development beyond lip talks, the government seems to be in a desperate mood to push some new high sounding projects for a change. Disappointed several times by mirage like “Melamchi”, people are not likely to believe in verbal commitments any longer. The gulf of distrust has widened so much that common idiom like “a pinch of salt” is no longer appropriate while “more than a fistful” would still not be as symbolic.

Most of the big projects here have had a history of huge cost and deadline overruns. It is no less striking that foreign contractors, landing projects, find it beneficial to abscond or refuse to work under one pretext and another. Blessed with political patronage the same goes with local contractors as government agencies are pressured against taking any action. This shows the deep rot in the system and, unfortunately for us, it seems to be the established mode of operandi. The question is how will Nijgadh (NGD) fare under such environment? Will it be as rosy as the politician and bureaucrat have pained to paint it or will it end as grossly underused as Mattala of south Sri Lanka?

The Nijgadh debate
A meeting was held at CAAN recently to reassure about NGD as it was the best site as compared to several others in the vicinity and that all environmental concerns will get addressed overtime. It was more like a session seeking general agreement on airport’s location and to see if new ideas to counter the environmental concerns raised by writ applicants would be forthcoming. The court seems to have issued an interim stay order pending discussion with both parties. But it was unbecoming for someone there to have raised questions about writ petitioner’s background. Needless to say, anyone, irrespective of his or her expertise, is free to raise a qualified objection in the court of law. Offering counter argument would have been the logical course of action than being judgemental about plaintiff’s background.

A well known infrastructure expert wondered about the mandatory requirement to plant 25 saplings to compensate for every tree felled. It may be in the law but doing so is neither possible nor practical, he reasoned. Planting saplings and effort required in their protection and upkeep until they grow strong becomes a mega project in itself. Assuming that the actual airport deforestation area works out to just about 1100ha, it would still require 27,500 ha of new land for planting at that rate. Can anyone assure that the area, if ever found in the vicinity, will grow into a forest with the same level of flora and fauna diversity? Or the elephants, whose traversing pathway supposedly passes through the designated airport area, will take notice and divert as required? Or they end creating frequent raucous as like in Jhapa where their path happened to be blocked by human settlements? No one will ever believe that such delicate environmental issues can be tackled even with best of interest at heart. That said any promise to that regards will be treated as nothing but a lip assurance.

As the meeting focus was on Nijgadh, it was no surprise there was no mention of the fast-track even as it is supposed to be the vital umbilical cord. The fast track is believed to follow Asian Highway standard complying with Class I (having 4 or more lanes) to Primary (with regulated access). We seem to have taken for granted that it will get built as required. Since no projects of such standard have ever been built by Nepali, there is a strong sense of scepticism that it will get done as said, without compromising on quality.

But a recent article in Kantipur suggesting Bhatte-danda as the appropriate alternate site of the airport literally created a tsunami in the teacup as it sought to lower the level of some 10 km stretch of hill with an elevation of 2300m down to 1500m to create a flatland suitable for an airport. It appears more like our version of Chek Lap Kok, the new Hong Kong airport that was built in 1995, the same time Nijgadh was conceptualised. They blasted off over 200 million tons of rocks and over 600 million tons of earth were replaced to create the land for the airport between two islands. The scale of work at hypothetical Bhatte-danda site will be far too bigger.

Further, it also reminded that the time to NGD was measured from Khokana entry point than Kathmandu city proper. But we often forget about time required to reach Khokana given the likely future traffic volume. And this does not bode well, as it is already in the range of two and half to three hours of travel time from city centre to the new airport. A 35/40km distance between a city and an airport is regarded as the optimal distance but NGD happens to be more than twice as far.

Rooting for it
Different people want NGD for different reasons given that it has a price tag of about 6.56 billion dollars. Some want it more due to the pathetic state of TIA with its never ending problems. Likewise, some who were involved in some way in past want to see it get done right away. Nepali globetrotters want to have a respectable, clean and efficient airport as elsewhere and one from where s/he can fly 10-12 hours nonstop to destinations on the other side of the globe. Same will be the views of thousands of Nepalis who migrate for work. And, above all, unscrupulous and their political masters will be equally eager to scoop off as much as they could out of Nijgadh potty. This lot will be least bothered whether Nijgadh gets built or not. Sceptics feel that the unscrupulous lot as being responsible for poor workmanship and various other pilferages related malaises associated with most big projects. And, we cannot be sure, if this does not get re-enacted again at NGD.

A recent video by a departing visitor on the state of TIA was liked and retweeted by quite many tweetaratis. He essentially described TIA as a “bus stop”. Groups of people seem to have interpreted it differently, some group saw it as a chronic example of management failure while others as highlighting the need of new airport. Some even took the “bus stop” comparison as a compliment. At around the same time, we also had a CAAN official vehemently claiming that Nijgadh will be the “best airport” in the world in an online portal site. And no sooner we get to know that RA was conferred as the “most Popular Airline” by Airlines Critics and Bloggers Association and RA’s CEO conferred as the “Airline CEO of the year.” Do we need to say more on the level of endorsement we seem to be seeking to project a false image? Has RA become so unsure of its own capabilities that it has sunk to such low level publicity? At this rate, Nijgadh has nothing to fear as it could also qualify as the “Best Airport of the World” endorsed by such dubious agencies should it, god forbid, fail to live up to general expectations of transforming Nepal. But, all said, it appears certain that Nijgadh will get built, come what may, by any means possible. We have no option but to wait until then to see how it turns out as. Hope, it turns out to be good.

KATHMANDU, May 26: The Supreme Court has overturned the government's decision to build an international airport in Nijgadh, Bara. ... Read More...