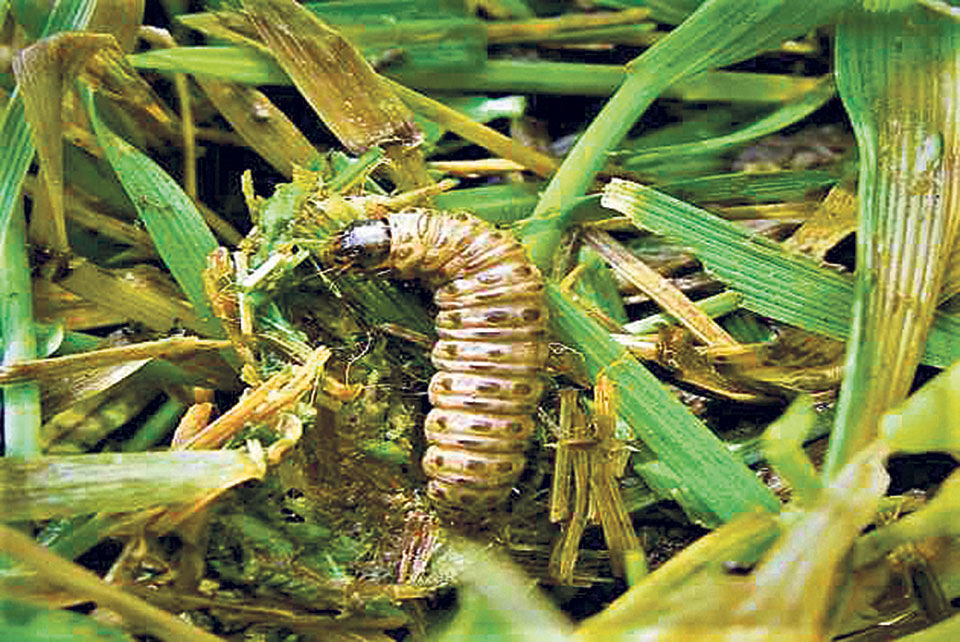 Fall Armyworm has already spread across the African continent; and beyond Africa, to more than a dozen Asian countries, including China and India. Europe could be next

Dealing with transboundary pests is tricky at the best of times. Standards, practices, capacity levels and engagement vary across countries and regions, and responses are often ad hoc and ineffective. However, matters become even more complex when the pest in question flies over borders, threatens the food security and livelihoods of millions, and causes severe environmental and economic damage along the way. Fall Armyworm is such a pest.

So step forward the Food and Agriculture Organization of the United Nations (FAO) with the “Global Action for Fall Armyworm Control”, a pioneering initiative that aims to mobilize USD 500 million over 2020–22 to take radical, direct and coordinated measures to fight Fall Armyworm at a global level.

What is Fall Armyworm?
Fall Armyworm is an invasive moth originating in the Americas. It prefers to eat maize but also feeds on 80 or more other crops, including rice, sorghum, millet, sugarcane, vegetable crops and cotton. Once established in an area, Fall Armyworm is almost impossible to eradicate and very difficult to stop spreading—a sprightly adult can fly up to several hundred kilometres! Indeed, since its arrival in West Africa nearly four years ago, Fall Armyworm has already spread across the African continent; and beyond Africa, to more than a dozen Asian countries, including China and India. Europe could be next.

It’s hard to calculate the global extent of Fall Armyworm damage but, based on 2018 estimates from 12 countries, maize yield losses in Africa could be as high as 17.7 million tonnes annually. This equates to 40 percent of Africa’s annual maize yield or USD 4.6 billion. The most direct impact is on the continent’s smallholder maize farmers, most of whom rely on the crop to stave off hunger and poverty.

The Global Action will target the three regions that have experienced a Fall Armyworm invasion in recent years—Africa, the Near East and Asia—and align with FAO’s new data-driven Hand-in-Hand Initiative, which aims to support achievement of the UN Sustainable Development Goals by pairing the most developed countries with those with the highest poverty and hunger rates.

Paramount in the Global Action will be coordinated efforts to spread knowledge and information to smallholders affected by Fall Armyworm, especially through the establishment or scaling up of dedicated national task forces. These task forces will both bolster and go beyond current FAO initiatives, such as the Farmer Field School programme, reaching into the most isolated communities.

The Global Action will also promote biological pest control and other innovative field practices, as well as technologies such as the open source Fall Armyworm Monitoring and Early Warning System (FAMEWS) tool, which uses artificial intelligence to help farmers with smartphones detect Fall Armyworm damage and choose appropriate response actions. As a near real-time data centre, FAMEWS allows for better estimates on pest spread and crop damage, which helps in targeting interventions.

There is no one-size-fits-all remedy. Combating Fall Armyworm will require bespoke, science-based solutions that take account of the specific context of each infested area. However, knowing what works best, and where, will require further research. Local knowledge and the decades’ worth of experience of dealing with Fall Armyworm in the Americas will also be important guides.

It is fitting that December’s launch of the Global Action came just two days after the official opening of the FAO-led United Nations International Year of Plant Health 2020 (IYPH).The IYPH underlines the importance of plant health to both planetary and human health, and urges action against the further spread of pests and diseases, particularly due to climate change, trade and other factors.

Ultimately, the success of the Global Action, IYPH2020 and other plant health initiatives will be determined by the ability of a broad range of stakeholders to work together for a common goal. FAO will play a lead role in driving this partnership model and, in the words of FAO Director-General, Qu Dongyu, commit “to putting the knowledge, experience and lessons learned from stakeholders and partners at the service of farmers throughout the world to stem the global threat of this pest”.The author is Deputy Director of the Plant Production and Protection Division of the Food and Agriculture Organization of the United Nations

BANGKOK, Nov 28: Feeding a hungry planet is growing increasingly difficult as climate change and depletion of land and other... Read More...

Frontline workers to get booster jabs from today, senior citizens and people with weak immunity from Jan 28
11 hours ago