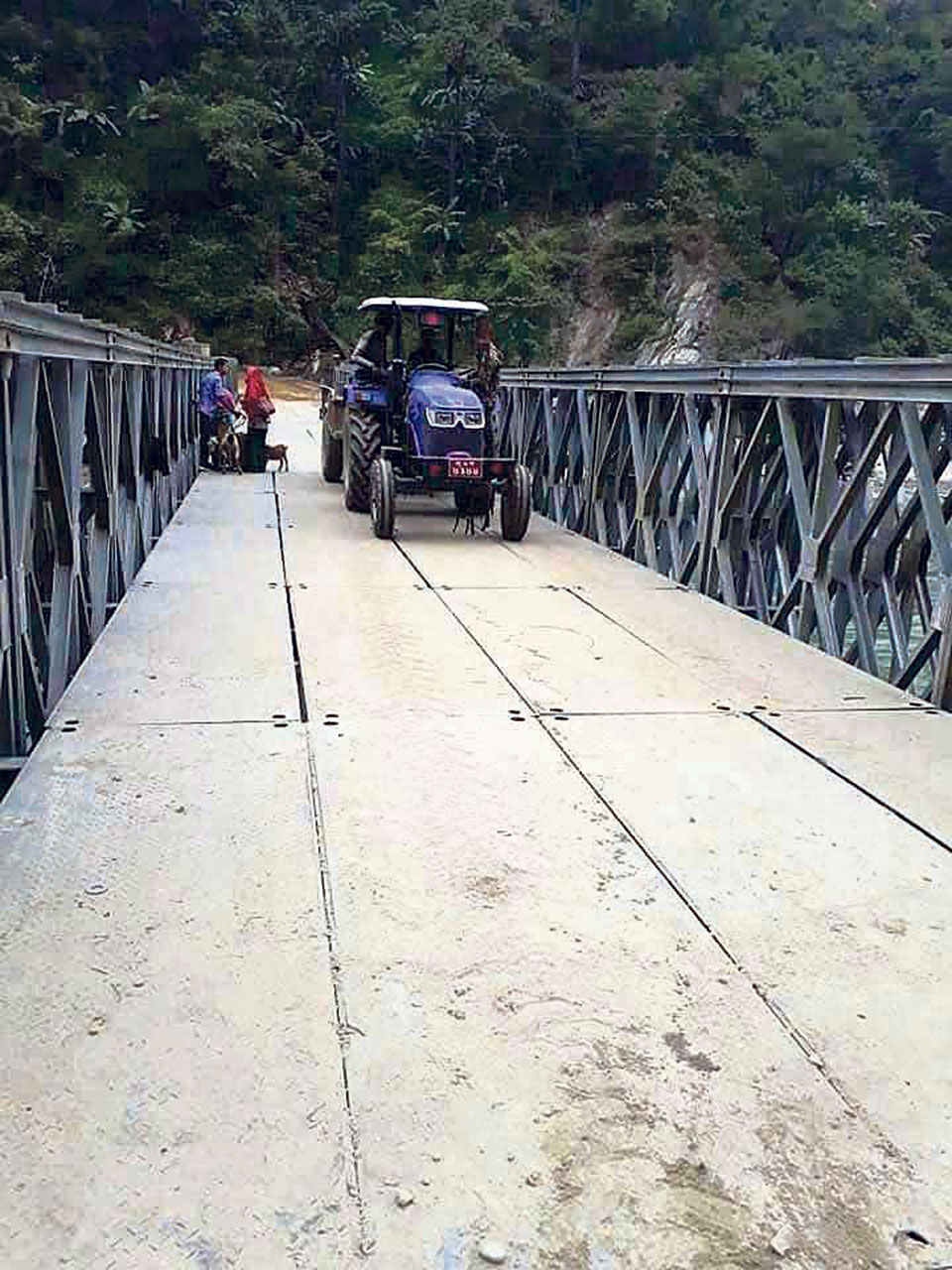 According to Bishal Bhattarai, a parliamentarian from Khotang, operation of the bailey bridge will connect Khotang to the eastern tarai of the country. The bridge is 50 meters long. It is built in a way to be used during the winter and to be dismantled during the rainy season.

Vehicles have reached Simapani, Khotang bazaar, Manebhanjyang, and Panchami areas after construction of the bridge.

People used to use Diktel-Halesi-Jayaram-Katari road to go toward eastern part of the country due to the absence of bridge in Phoksingtar. The temporary bridge was constructed as there has been long delay in construction of a permanent bridge.

The bailey bridge allows people to take a shorter route to Dharan, Biratnagar and other places through Gaighat. According to Ganesh Bikram Shahi, chairperson of Khotang Yatayat Private Limited, due to temporary bailey bridge, people can easily go to Gaighat from Diktel and other districts of the eastern tarai.

Pillars yet to be built even after exceeding deadline

KATHMANDU, Nov 16: After exceeding the construction deadline by six months, even pillars for the bridge at Phoksingtar, connecting Khotang... Read More...

KHOTANG, Feb 27: Until few years ago, locals of Yamkha in Khotang had no option but to carry oranges on... Read More...

SINDHUPALCHOWK, Nov 4: At least 17 people were killed and 50 others sustained injuries when a passenger bus en route... Read More...