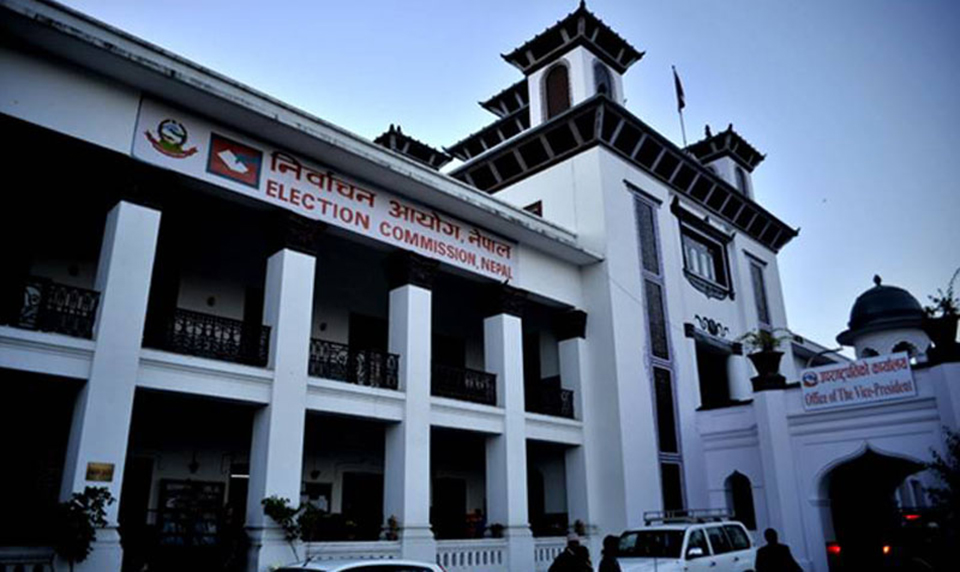 KATHMANDU, Dec 13: The Election Commission on Friday called on political parties to file registration for the election to the National Assembly within 10 days.

In a notice to the political parties, the election body urged them to file nomination in accordance with the Article 271 of the constitution and clauses 48, 49 of the Act related to Political Parties-2017 for the election purpose.

Chief Election Commissioner Dinesh Kumar Thapaliya said that those political parties who wish to file nomination in the upcoming National Assembly elections should also produce the audit report of the last fiscal year.

The government on Thursday had announced the election to elect the 18 National Assembly members for January 23, 2020.

A cabinet meeting earlier this month had fixed the election date upon the recommendation of the Election Commission. The two-year tenure of 19 lawmakers of the 59-member NA is expiring on March 3 next year. The existing laws state that the election of the upper house members must be held 35 days before the expiry of the tenure of the serving members.

Eighteen of the vacant seats would be filled through the election, while one member would be appointed by the president upon the recommendation of the cabinet.

Prime Minister Oli is also consulting his party leaders on possible replacement of Finance Minister Yuba Raj Khatiwada, an upper house member whose term is also expiring in March. If Oli decides to retain Khatiwada as finance minister, NCP will need to re-elected him to the upper house.

Govt organizations now have around 43,000 tons of chemical fertilizers in stock: MoALD
14 hours ago
Biratnagar Int’l Trade Expo to kick off on December 15
52 minutes ago