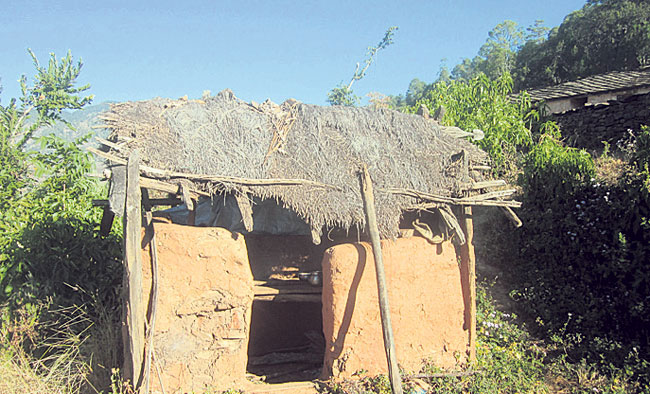 According to Kamal Raj Khatri, a social activist, the Chhaupadhi practice is a barrier for the social development of women. “The practice is a hurdle for gender equality, women empowerment, and reducing inequality,” he said.

The campaigners make the people aware about the negative consequences of the Chhaupadi practice. Every three months, they carry out a survey in the district. According to Lalkura Nepali, a local of Tila-3, the Chhaupadi practice increases violence against women. “The practice is a major reason for violence against women. All the stakeholders should work together to eliminate the practice,” he said. Likewise, Kamal Raj Khatri, executive director at Suryodaya Nepal, said the women of the region have also supported the campaign.

JUMLA, Jan 22: Residents of the Patarasi Rural Municipality in Jumla feel that their rural municipality is heading towards prosperity.... Read More...

One and only ambulance of Jumla village out of order

JUMLA, June 28: Service seekers have been badly hit after the only ambulance of Malikobota Health Post in Jumla went out... Read More...