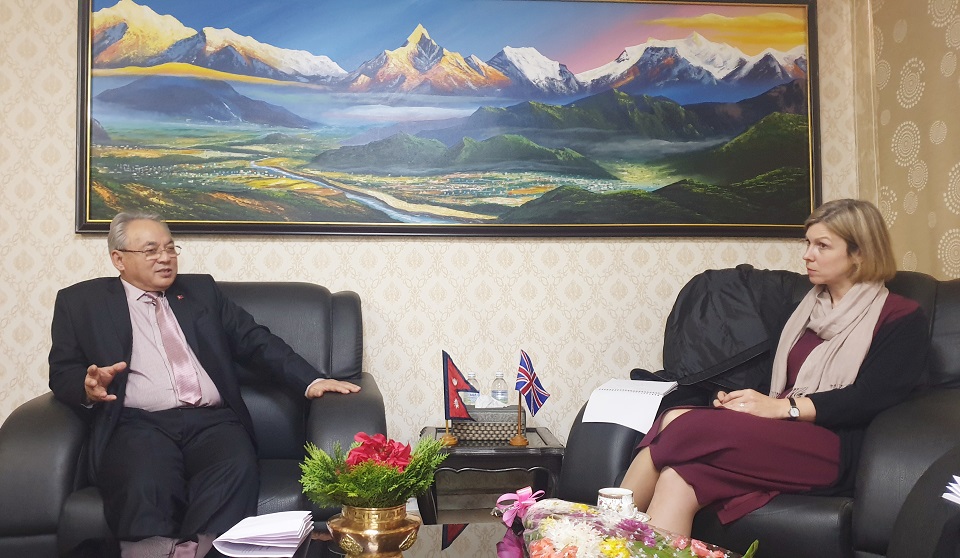 According to the press release issued by the Ministry of Home Affairs, Thapa and Pollitt discussed upon various issues of historical bilateral relations between countries and UK assistance to Nepal in various areas of mutual cooperation during the meeting.

Thapa congratulated Pollitt for being appointed the first female ambassador from Britain to Nepal. He also said he was convinced that the bilateral ties between two nations would reach a new height in the days to follow. On the occasion, he also urged the ambassador for her role in addressing outstanding issues of former British Gurkhas.

He also thanked the British government for its continued assistance to Nepal in various sectors including disaster management, training to Nepali security personnel and physical infrastructure development.

In response, Pollitt reiterated the UK assistance to Nepal. She also expressed her gratitude to Nepal for its age-old assistance to the UK. “I am deeply concerned over the concerns of former British Gurkhas,” she said adding that most of their issues have been addressed.

She also assured that her country will continue its assistance to Nepal.