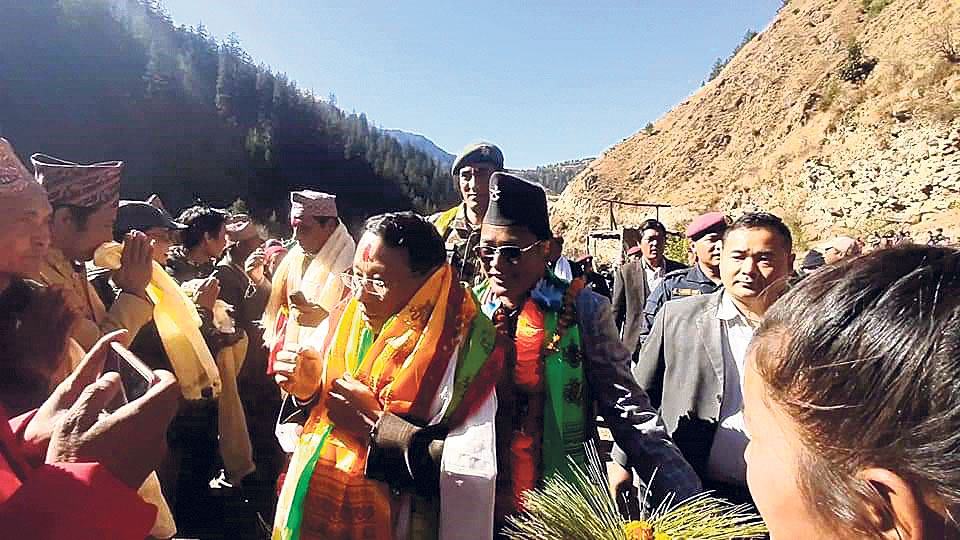 DOLPA, Dec 7: The Detailed Project Report (DPR) of 106MW Jagdulla Hydropower Project, to be located in Jagdulla Rural Municipality of Dolpa in Karnali Province, is in its final stage of preparation.

ANA Engineering Consultancy was given the responsibility to prepare the DPR with a 23-month deadline that is to expire this month. The company has said that the DPR will be prepared within the deadline.

The project is estimated to be completed in seven years. It will take two years to build roads, bridges and other infrastructure for transportation of required equipment to the project site, and five more years for the plant and related infrastructure, according to Project Chief Sanjay Sapkota.

Sapkota said that the initial estimated cost for the project was Rs 22 billion, adding that a more concrete estimation would be laid out in the DPR. A 6.1-kilometer-long tunnel is also planned for the project. The powerhouse of the project will be constructed in Mudkechula Rural Municipality Ward 7. The 20-meter-deep dam will be constructed at Harikot, from where water will be sent to the powerhouse. The powerhouse will be situated 300 meters below the dam, according to Sapkota. The electricity produced from this hydropower project will be directly sent to Nalgad Rural Municipality-7 of Jajarkot and connected to 400KV transmission line.

PROJECT TO BE COMPLETED ON TIME: ENERGY MINSTER
Barshaman Pun, Minister for Energy, Water Resources and Irrigation, said the Jagdulla Hydopower Project will be completed within the allocated time. Pun had reached Dolpa on Tuesday for field inspection of the place. In a meeting with the locals, Pun stated that the government was serious about taking forward the project without any hindrances. The minister's visit has enthused the locals about timely completion of the project. In his meeting with the locals, Pun also discussed land acquisition for the project and due compensation.