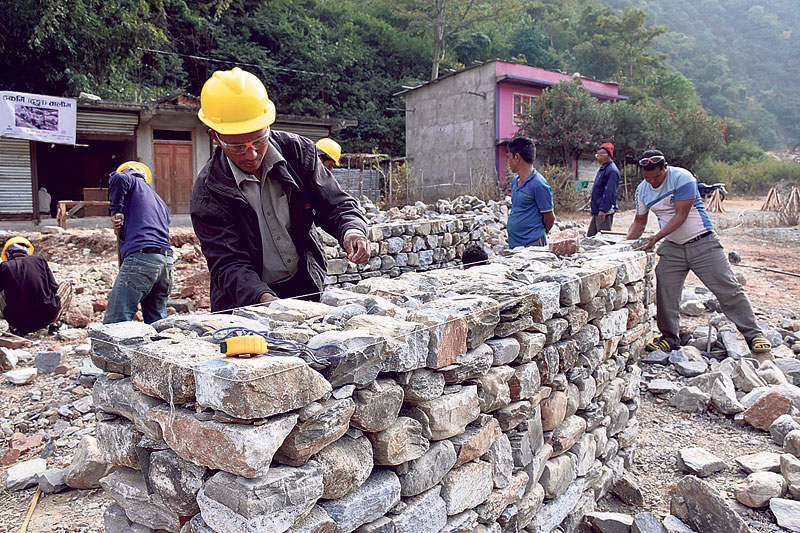 After signing the contract on April 16, 2017, the NRA had started distributing the first installment of the grant from June the same year, while distribution of the second and third installments of the grant started in May and September, respectively last year.

The quake had damaged a total of 13,799 houses in Khotang district.

The quake had completely destroyed 18 government buildings, and partially damaged 55 buildings. The NRA is reconstructing 265 school buildings, and developing integrated settlements in Dorpachuiri Dadha and Bijayakharkha.

GORKHA, NOV 18: More than 42 months have passed since the 2015 devastating earthquake, but the squatters in Gorkha district are... Read More...