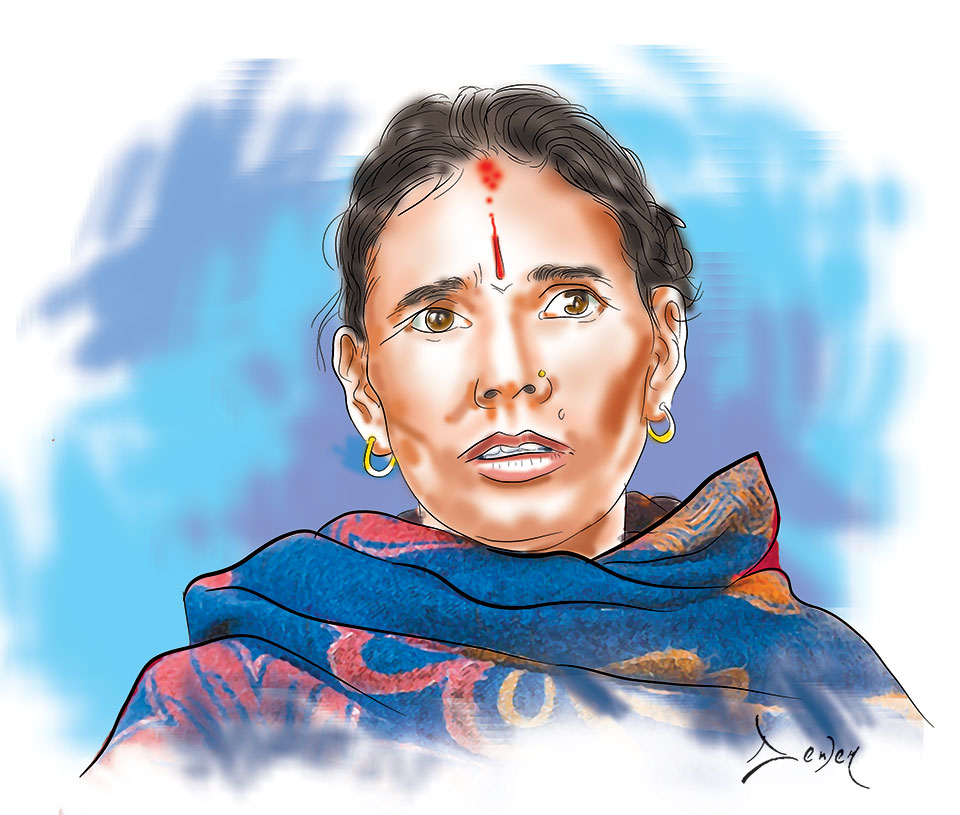 KATHMANDU, Nov 28: The 16 days of activism against gender-based violence is currently unfolding in over 180 countries, and Durga Devi from a small village in western Nepal feels the connection as she has been at the receiving end for so long.

On Tuesday afternoon, she was in Mahendranagar Bazaar to put slogans on a banner. Instead of the Nepali word laingik (gender-based), there was something else on the banner and that had to be set aright, she told Republica over the phone. She has been working as a helping hand at the municipality office for the last five months.

Durga Devi, 36, the mother of rape victim Nirmala Panta who was found dead on a sugarcane field near their home on July 27 last year, was catapulted into the national spotlight as protests intensified across the country, demanding justice for Nirmala. Durga Devi’s struggle for justice has not ended, and she has accused Dilip Singh Bista, a local, of the rape and murder. Police will not comment on the state of the investigations.

Durga Devi feels that when you cry out loud for justice and no one hears you, it is a form of violence against women. To make matters worse, social media and online platforms have accused her of taking millions to patch up the Nirmala case. “People say anything. They know I have no support from anywhere. But after facing so much I have steeled myself in my determination,” she said.

Soon after Nirmala’s rape and murder, the police arrested Bista. Some local media outlets accused the police of destroying evidence to save some ‘VIP’. People took to the streets and matters flared up when the DNA sample collected from Nirmala’s body failed to match that of the accused. They called for Bista’s release and for the formation of a probe committee. They demanded action against ‘negligent police officers and others involved’. Durga Devi filed a case against eight police personnel.

“My phone was switched off and Sharada Chand (who was also a player in the case) took it away. She did not let me talk freely with anyone even in Kathmandu,” she recalls.

Many of the protesters, Durga Devi says, were just out to torture her. Some others took her side and they let her remain in the village. Otherwise they would have become homeless.

“After I took some relief money from the government, they all turned against me,” she said. “They now accuse me of anything and everything; they do not consider me a human being just because my husband does not live with me and I don’t have a son.”

Among those who took to social media and accused Durga Devi of ‘selling justice for her daughter for money’ is Khem Bhandari, a local journalist. He was convicted for defamation and for ‘sensationalizing’ the rape and murder and ‘publishing twisted news’. In a recent Facebook post, Bhandari says investigations should begin with the mother. She took 10 million rupees and a bigha of land to frame Dilip Bista, he said in a Facebook post. Talking to Republica, he first denied any posts against Durga Devi. However, he later said,” Durga Devi has not been able to uphold the integrity of a mother and she is the target of criticism throughout Kanchanpur.”

Bhandari, who is a relative of Bista, had some following in Kanchanpur and was able to mobilize local reporters to frame the Nirmala case as per his own liking. Locals say Bhandari was out to save Bista at any cost.

Talking to Republica, Durga Devi said she is ready to face jail if she is found taking land or money in exchange for justice for her daughter, adding that those who make such heinous accusations must be punished. “But they have said even worse things. My husband has no love for my daughters and me. People like Bhandari know this and they have taken him into their hands,” she says about the Facebook posts.

According to sociologist Neeti Aryal Khanal, had Durga Devi been a woman of some consequence, things would have turned out differently for her. The rape and murder of her daughter would have been less likely in the first place. And when the crime did take place, police would probably have rushed to the scene and started serious investigations, says Khanal. “Had she been someone with strong backing and  a powerful voice, people like Khem Bhandari would not have dared accuse her of anything without solid proof.”

“Besides the trauma of losing her daughter, Durga Devi has been harassed ruthlessly by the people around her. And why? Because she is poor, she is a single mother and has only daughters in her family. This combination makes her a soft target. There are many such women in our society, and they suffer silently,” explained Khanal.

Khanal terms the unverified and insulting posts about Durga Devi on social media digital violence. Stating that Khem Bhandari and others have been inflicting such violence on Durga Devi, Khanal stressed that this reflected the ugly side of a patriarchal society. “Khem was born, grew up and was nurtured in a patriarchal setup. They are already putting on airs of supremacy. And they don’t count women as human,” she noted.

Durga Devi’s daughters tell her about the disturbing posts on Facebook. Her elder daughter is in highschool. She has been taking care of her mother following Nirmala’s murder. Before bedtime, they still talk about Nirmala and how much they miss her. Some nights are horrible as Durga Devi cannot sleep.

After landing a job in Bhimdatta Municipality, Durga Devi has a set routine, and it has helped her cope. She does feel lonely and her suffering has taken its toll. Her two daughters go to meet their father once in a while. But she and her husband no longer share the warmth that once existed between them. They were married when she was just 16 and Yagyaraj later left her and married another woman. With the 1.8 million rupees from the government, she built a toilet and a kitchen, and she wants to save the rest for her daughters. 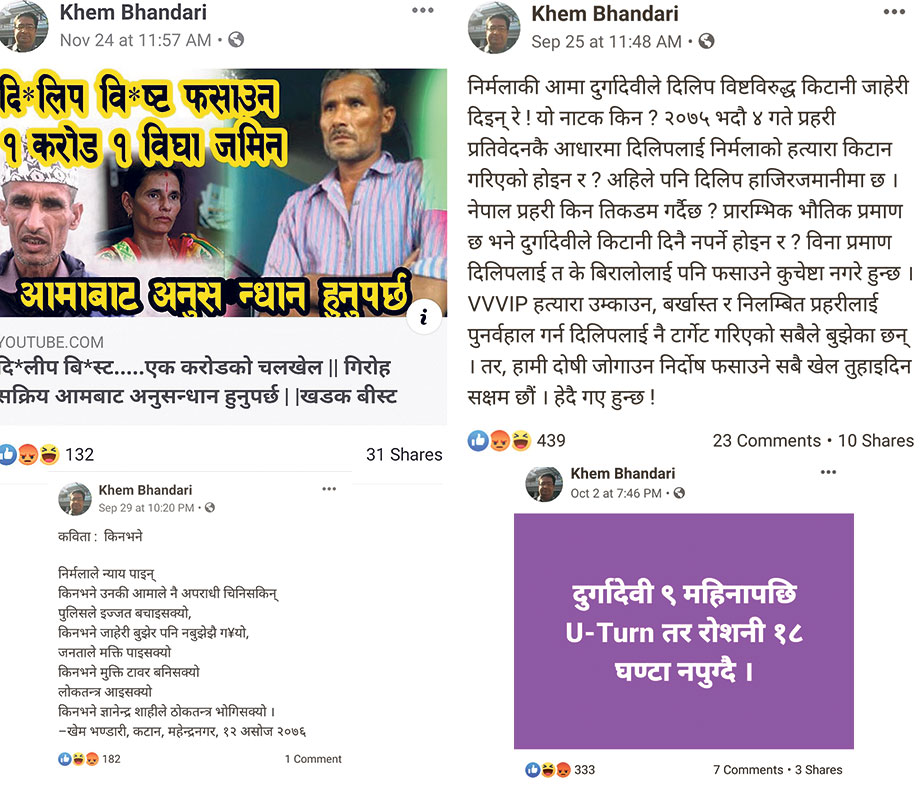 KATHMANDU, July 31: Durga Devi was getting ready for work at Bhimdatta Municipality when she received a call early this... Read More...

Rejoicing with bees in old age: Amrita Rawal
53 minutes ago