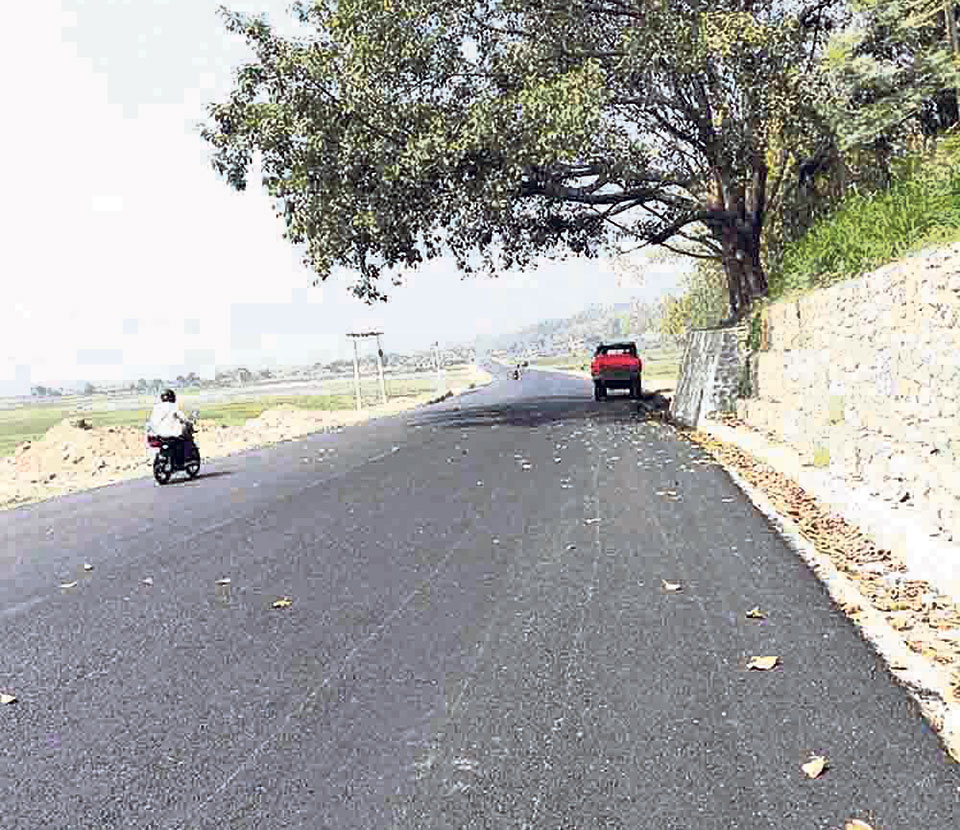 UDAYAPUR, Nov 25: Blacktopping and road widening work at Gaighat road section of Madan Bhandari Highway – a national pride project – has been affect due to dispute between locals on road alignment.

Earlier, the office had fixed the highway’s width at 18 meters, including two-meter drainage on each side. The problem arose after Triyuga Municipality requested the project office to increase width in city area to 25 meters. Both sides later agreed to keep the width in city areas at 20 meters. Now, the locals are divided on the side to be widened.

“The project office should have prepared DPR based on the 1971 survey. But, it prepared DPR to serve vested interests of some people who are trying to grab public land by shifting road alignment northward,” Yuvaraj Budhathoki, a local, told Republica. “The road should be widened toward both sides.”

This is not the first time that construction of road in Gaighat has brewed controversy. The municipality’s plan to build drainage on either side of the road had created similar dispute a decade ago. That time the municipality had built drainage by shifting the road alignment toward north.

After the government decided to build an alternative highway, Chief District Officer Kali Prasad Parajuli and Chief of the highway project Umesh Bindu Shrestha, on February 18, 2016, decided to fix road alignment as per the survey map of 1971.

Prem Kumar Rai, another local, said efforts should be made to find amicable solution to the problem. “Nobody should be cheated as the issue concerns expensive land in city area that nobody wants to part with,” he added.

UDAYAPUR, July 2: Hundreds of houses and shops in Gaighat Bazar area in Udaypur district were inundated due to the... Read More...

Photos of Minister, Secretary and DG of Road Department pasted on public buses

DOLKHA, Nov 13: Locals have protested against the minister, secretary and director general of the Department of Road (DoR) for... Read More...