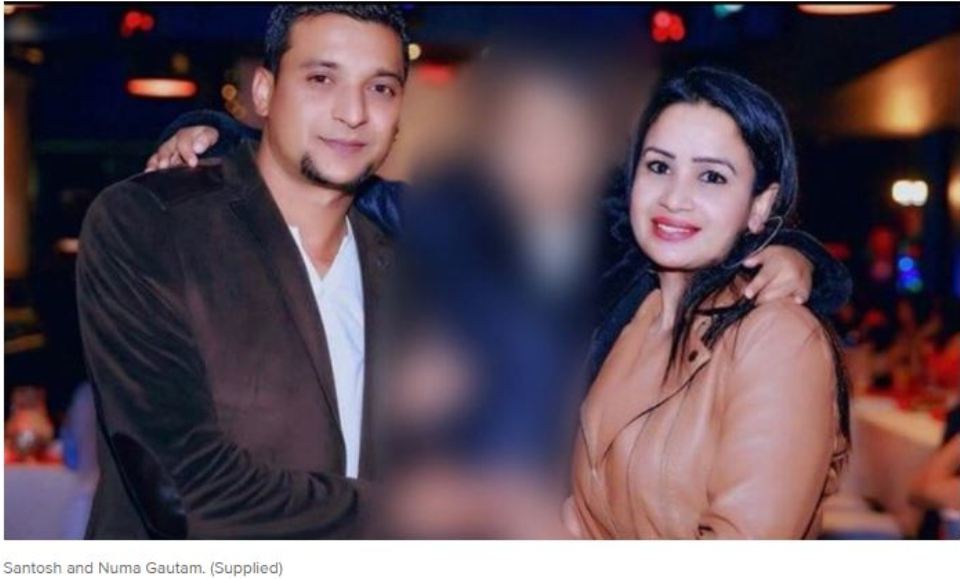 KATHMANDU, Nov 24: A Nepali woman based in Australia has been charged with murder after she allegedly fatally stabbed her husband in western Sydney, local media reported on Sunday.

The deceased has been identified as Santosh Gautam.

According to the report, the young man breathed his last in Westmead Hospital.

Numa Gautam, 34, has been accused of killing her husband.

It is reported that Numa stabbed her husband a single time in the shoulder, nicking an artery which caused him to bleed to death.

She was taken to Westmead Hospital under police guard for treatment for minor injuries.

She was later discharged and taken to the Granville police station, where she was charged with murder (domestic violence).

She did not apply for bail in court today, according to the reports.

Hours before the incident Mr Gautum was seen returning home to his wife and eight-year-old daughter from his job at a nearby tyre shop.

Friends of the family say the couple had been stressed in recent months about their visa situation and whether or not they'd be able to stay in Australia, the report further said.

The local Nepali community has vowed to take care of the couple's daughter.

Meanwhile, Deputy Chief of Mission at the Nepali Embassy in Australia Durapada Sapkota told Republica Online that the embassy is aware of the incident.

"People from the Nepali community have informed us about this incident. However, the local police has yet to provide us details. We are waiting for that," she said.

Vaccine storage issues could leave 3B people without access

BARDIYA, Oct 27: Two persons were killed by a tiger in Bardiya district on Tuesday. ... Read More...

KATHMANDU, Oct 27: Nepal has been presented as the Theme Country in the 10-day-long international photo exhibition that kicked off... Read More...