KATHMANDU, Feb 20: At a time when global focus is shifting to the alarmingly high rates of newborn deaths, UNICEF on Tuesday launched Every Child ALIVE, a worldwide campaign to demand and deliver solutions on behalf of the world’s newborns along with a new report on newborn mortality.

According to the report, in low-income countries, the average newborn mortality rate is 27 deaths per 1,000 births. In high-income countries, that rate is 3 deaths per 1,000. Newborns from the riskiest places are up to 50 times more likely to die than those from the safest places. In these places, pregnant women are much less likely to receive assistance during delivery due to poverty, conflict and weak institutions.

According to the Nepal’s Demographic Health Survey 2016, one in 48 babies dies in its first 28 days of life making up to 13,000 newborn deaths every year in Nepal.

More than 80 per cent of newborn deaths are due to prematurity, complications during birth or infections such as pneumonia and sepsis, says the report.

These deaths can be prevented with access to well-trained midwives, along with proven solutions like clean water, disinfectants, breastfeeding within the first hour, skin-to-skin contact and good nutrition.

However, a shortage of well-trained health workers and midwives means that thousands don’t receive the life-saving support they need to survive. 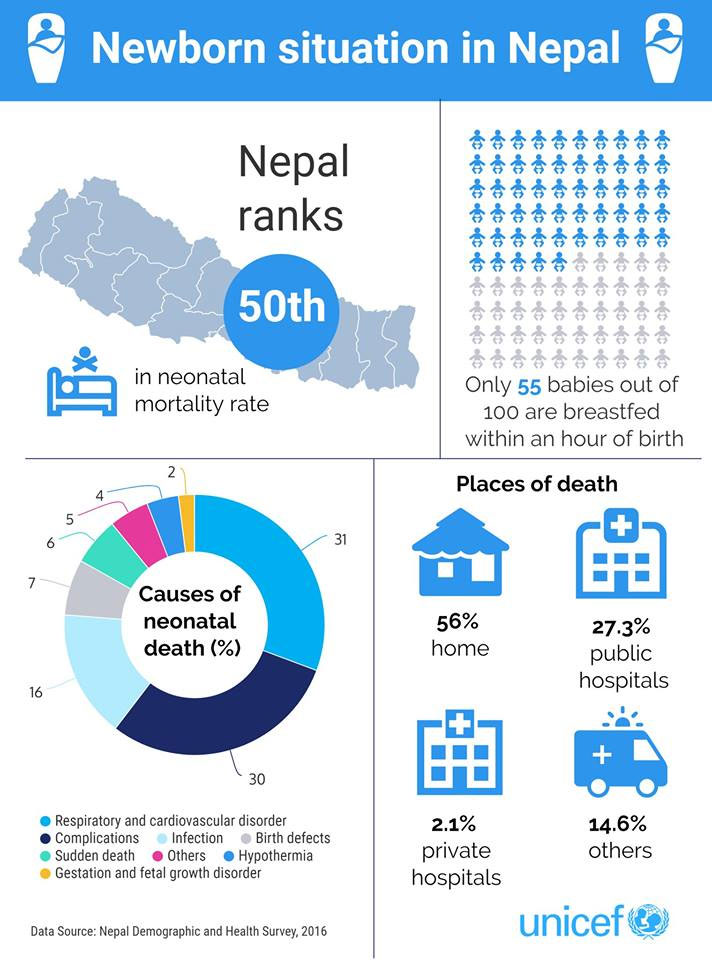