8-yr-old Suraj still waiting for his repatriation from India

KATHMANDU, Sept 1: Suraj Sarki , an eight years old boy originally hailing from Durlung-2, Parbat, has been waiting for his repatriation from neighboring India to his home in Nepal. In 2016 when Suraj was just two years old, he was severely beaten by his own parents when they lived in Yamuna Nagar of the Indian State of Haryana.

After this incident, the child was kept in the protection of a CWC (Child Welfare Committee). The CWC also registered an FIR at the local police station in Yamuna Nagar city. Suraj’s parents were punished by the Indian law accordingly for their crime.

After the punishment, the parents fled the country. The child was left alone. After that incident, there was no one to claim him. The child has been living in the shelter home for the past six years under the child welfare committee of Yamuna Nagar. Neither his parents nor any of his relatives has come looking for him, according to KIN India Director Naveen Joshi, who has been coordinating with KIN Nepal (Afanta Nepal) for Suraj’s repatriation.  According to him the Indian government is looking forward to repatriating the child. No one has claimed Suraj so far.

The crime branch (anti human trafficking unit) has sent a letter to KIN to send the eight years old Suraj to his home country or to his relatives, according to Joshi. The child’s father Bhagwan Sarki along with his wife has been missing for the past six years.

“The CWC has asked KIN India to help in the repatriation of the child and we are working hard to find his home or any of his relatives so that we can hand the child over to his relatives,” said Joshi

KIN Nepal has been working against human trafficking for the past 14 years, helped in the rescue of 490 women and girls from various border points in 2020 alone. Of them, 68 women and girls were rescued from India alone and were united with their family members, according to Joshi. 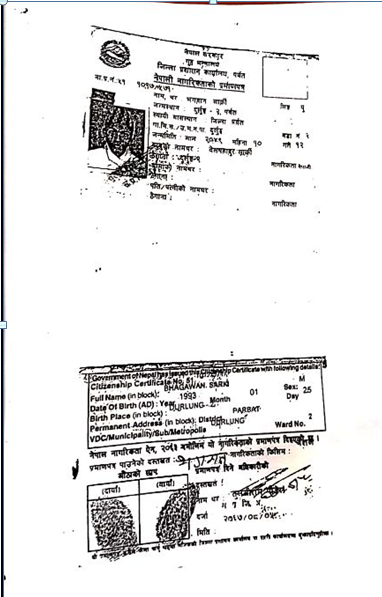 KATHMANDU, OCT 23: The country’s physical infrastructures including roads and bridges have sustained an estimated damage worth Rs 1.30 billion due... Read More...

Two injured in explosion in community forest in Surkhet

KATHMANDU, Oct 23:. Two people were injured when an explosive device went off in a community forest of Birendranagar Municipality-7. Read More...

NEA is working on large projects with 2,000 MW capacity: MD Ghising
21 hours ago

Govt has pushed country toward anarchy: Oli
16 hours ago