8 die as portion of building collapses in India 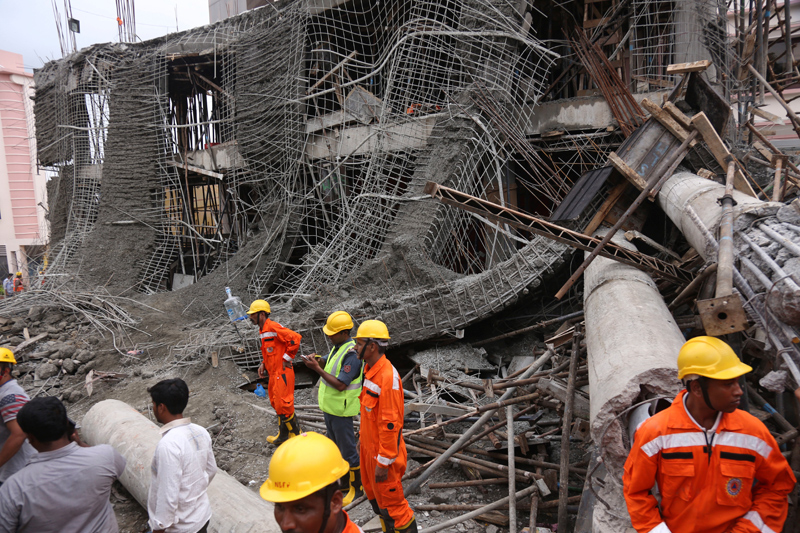 NEW DELHI, July 29: A portion of a 13-story building under construction in the western Indian city of Pune collapsed on Friday, killing at least eight workers, a fire official said.

The official said the top portion of the building came crashing down on the ground.

Rescuers were looking for workers possibly trapped in the rubble, said the official, who spoke on condition of anonymity as he was not authorized to talk to reporters. Pune is 160 kilometers (100 miles) southeast of Mumbai, the capital of Maharashtra state.

Building collapses are common in India, where high demand for housing and lax regulations have encouraged some builders to cut corners, use substandard materials or add unauthorized extra floors.

In April 2013, 74 people were killed when an eight-story building being constructed illegally in a Mumbai suburb in western Maharashtra state caved in. It was the worst building collapse in the country in decades.

NEW DELHI, Dec 25: Indian Prime Minister Narendra Modi Saturday laid the foundation stone for what is set to be the... Read More...

Germany pledges 4.8 billion to Nepal for the continuation of bilateral support
9 hours ago

Netanyahu out, Bennett in as Israel marks end of an era
18 hours ago