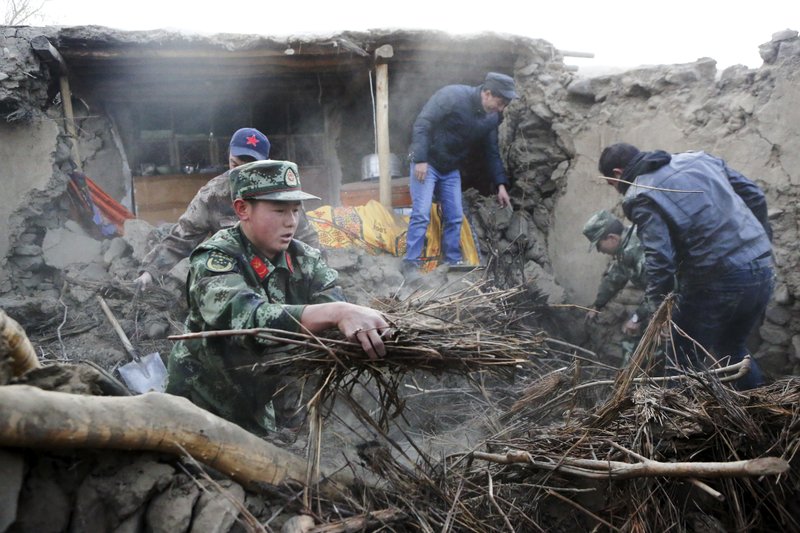 BEIJING, May 11: A moderate earthquake that struck close to the earth’s surface killed eight people and injured more than 20 others in far western China on Thursday, the region’s earthquake administration said.

The morning quake struck in Taxkorgan county, a remote mountainous area that borders Tajikistan, Afghanistan and Pakistan in China’s Xinjiang region. The Xinjiang Earthquake Administration said 23 people had been injured, including one seriously, and more than 180 houses had collapsed in the lightly populated area. Most houses in the area were made of wood and mudbricks or rock, it said.

Search and rescue work was under way, it added.

The U.S. Geological Survey said the 5.4-magnitude quake struck at a depth of 10 kilometers (6 miles) at 5:58 a.m. Thursday (2158 GMT Wednesday). Shallow quakes cause greater shaking at the surface, which can cause more damage.

The county has a population of around 33,000, and is notable for being a stop on the Karakoram Highway, built along the ancient Silk Road connecting China’s far western city of Kashgar to the Pakistani capital of Islamabad.

The official Xinhua News Agency said there had been frequent aftershocks.

Earthquakes are common in China’s west, although the low population density there often means casualties are low. However, in 2003, a 6.8-magnitude quake in a nearby county to Thursday’s quake killed 268 people.

China’s deadliest earthquake this century, a 7.9 magnitude temblor with a depth of 19 kilometers (12 miles), struck Sichuan province in May 2008, killing nearly 90,000 people.

CHINA, June 30: Police say 10 people have been killed and another 10 injured in a head-on collision between a passenger... Read More...