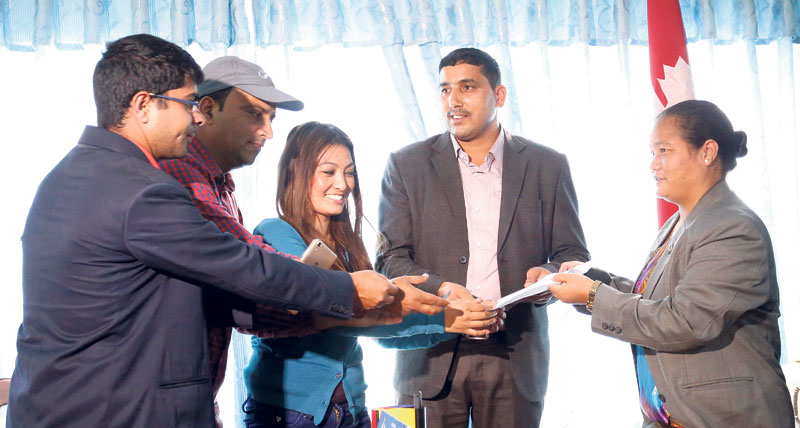 #KarkiImpeachment
KATHMANDU, Oct 25: While Nepali Congress and some other small political parties are still undecided over whether or not to support the impeachment motion against CIAA chief Lokman Singh Karki, the student and youth wings of the parties have been demanding that their mother parties support the motion without delay.

While the Nepali Congress remains undecided, the Madhes-based political parties have strongly opposed the motion against Karki, which is under discussion in parliament.

NC's youth wing Nepal Tarun Dal is divided over whether or not to join the campaign being run by the youth wings of other political parties. “Our organization is also in favor of the impeachment motion, but, Nepal Tarun Dal hasn't been involved in any campaign to support the impeachment proposal mainly because of the indecision of the Dal's leadership,” said Medini Sitaula, spokesperson of the Tarun Dal. He claimed that majority of the central members of the youth organization are in favor of supporting the impeachment motion.

Youth wings of the CPN-UML, CPN (Maoist Center) and Federal Socialist Forum Nepal and student wings of other fringe parties, issuing a statement on Monday, have urged all the political parties in parliament to stand strongly in favor of the impeachment motion.

Student wings of the NC, Madhesi Peoples Right Forum Democratic and Tarai Madhes Democratic Party have been jointly pressing political parties to endorse the impeachment proposal along with other student forces.

“Despite being loyal to the NC, student wing NSU is itself an autonomous student organization and we are independent to take our decision. We hope that NC will also support the motion sooner or later,” said NSU President Nain Singh Mahar.

A delegation of the joint student alliance of 12 student organizations has been campaigning for impeaching CIAA chief Karki. They separately met with the heads of major political parties such as Nepali Congress and CPN-UML, and Speaker Onsari Gharti. The alliance urged the political parties and speaker to move forward the impeachment motion without any delay for endorsement. In response Speaker Gharti assured the student delegation that the impeachment process will be forwarded as per the parliamentary procedures without delay.

Quite recently two engineers from the start-up company S.S Technologies and Electronics made a drone at Waling Municipality in Syangja... Read More...