At least seven killed in gas explosion in Bangladesh 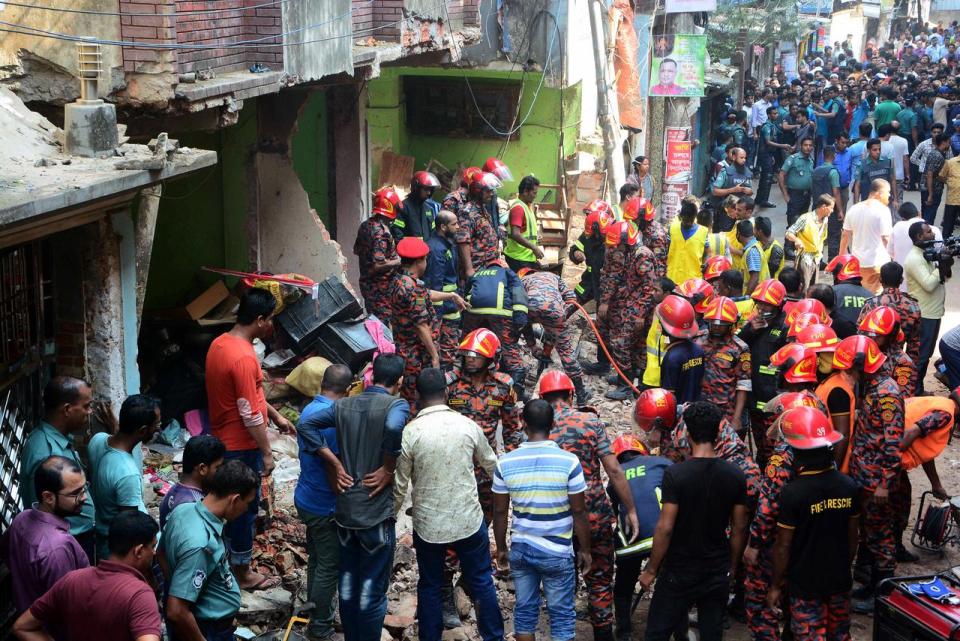 Rescue workers are seen at the site of a gas pipeline explosion in the port city of Chittagong, Bangladesh, November 17, 2019. REUTERS/Stringer

DHAKA, Nov 17 :  At least seven people were killed and eight injured on Sunday after a gas pipeline exploded in the Bangladeshi port city of Chittagong, a police official said.

The pipeline exploded in front of a five-storey building, blowing some of the building’s walls off, Mohammad Mohsin said, citing witnesses.

The injured were taken to hospital, he said, adding the death toll could rise as some were in critical condition.

Among the injured, one suffered burns while others were wounded by the wall collapse, Mohsin said.

It was not immediately clear what caused the explosion, fire service official Amir Hossain said, adding an investigation was under way.

Minister Pun off to Bangladesh to attend Energy Week

Bangladesh in trouble on day 3 against India