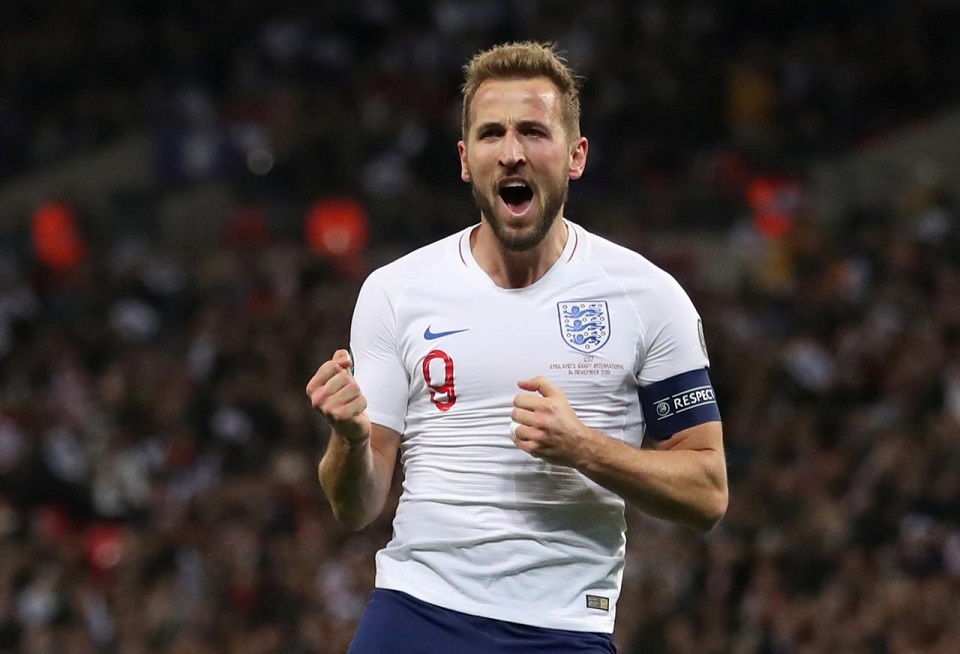 LONDON, Nov 15: Harry Kane scored a first half hat-trick as England booked their place in the finals of Euro 2020 as group winners with a crushing 7-0 victory over Montenegro at Wembley Stadium on Thursday.

England lead Group A on 18 points with one game remaining and can now look forward to next year’s tournament in which the semi-finals and final will be played at Wembley.

Montenegro, level on three points with Bulgaria at the bottom of the table, offered no examination of the credentials of Gareth Southgate’s side for the tournament, which begins in June, but England’s total of 33 goals from seven games certainly shows the potency of their attack.

“We’ve won a group that we should win but we’ve won it comfortably and we’ve found a way of playing against those lower-ranked teams that defend in numbers,” said Southgate.

“We’ve found a way to break them down, which maybe in the past we haven’t,” he added.

Southgate again put his faith in youth, with the starting line-up’s average age of 23 years and 255 days, the youngest Three Lions side since 1959.

As expected, Manchester City’s Raheem Sterling was left out by Southgate as punishment for his role in an altercation with Liverpool’s Joe Gomez at England’s training camp on Monday. Gomez was booed by some fans at Wembley when he entered came on as a substitute.

But even without Sterling, England have no shortage of options in attack with Jadon Sancho and Marcus Rashford lining up alongside Kane in a three-pronged attack.

Alex Oxlade-Chamberlain, whose progress with the national team has been hampered by injury, put England ahead in the 11th minute, drilling into the bottom corner after left back Ben Chilwell found him with a clever chip over the defence.

Leicester City’s Chilwell created the second seven minutes later with a free kick that picked out Kane, who smartly glanced home a header.

The same pair combined for the third with Kane losing his marker to head in a corner from Chilwell.

Kane wrapped up his hat-trick in the 37th minute, with a sharp turn and shot into the bottom corner “We have had one slip-up in the group and responded really well. Got the job done and wanted to put on a show in our 1,000th game and with five goals in the first half I think we did that,” said Kane, who moved up to fifth in England’s all-time top-scorer rankings.

Mason Mount had a goal disallowed for offside but an own goal from Aleksandar Sofranac made it six after a scramble in the box.

Substitute Tammy Abraham grabbed his first England goal, six minutes from the end, sliding in at the near post to convert a low cross from Sancho.

“Super quality passing and crossing and clinical finishing,” said Southgate, who warned that England’s defence would face sterner tests in the tournament.

“We have to get both ends of the pitch right. We conceded a couple of chances we shouldn’t. There is still work to do without the ball but we are improving,” he said.

Sri Lanka puts England in to bat in final ODI