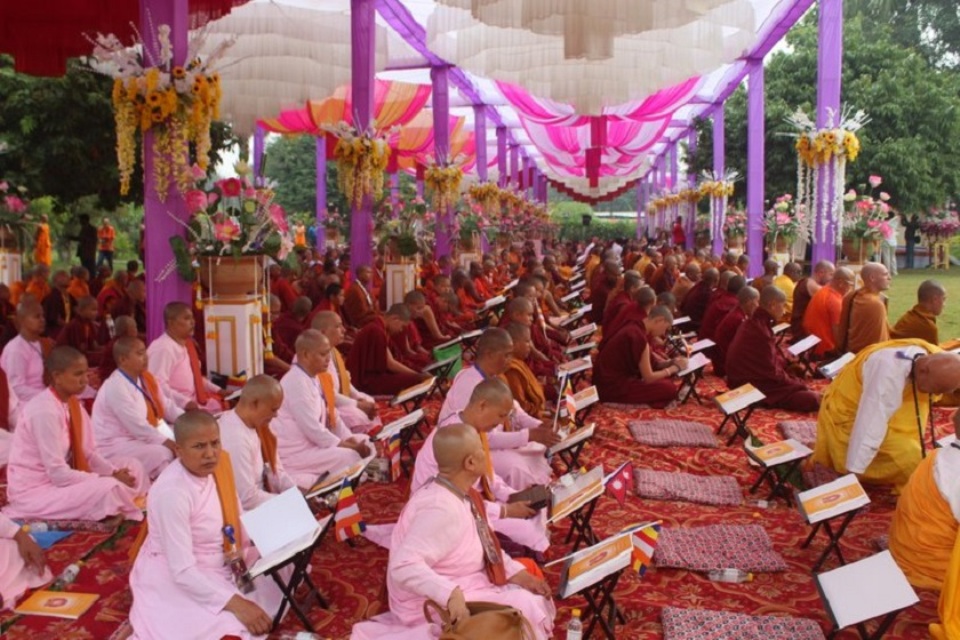 LUMBINI, Nov 14: The second International Tripitaka chanting ceremony has kicked off in Lumbini, the birthplace of the Lord Buddha, on Thursday.

Despite its huge significance in Buddhism, people know little about it. Hence, the program has been organized in Lumbini to further publicize the importance of Tripitaka, according to the organizer.

The ceremony that began at 7 am today will be conducted for three days in the holy garden of Maya Devi Temple on the premises of Lumbini.

Inaugurating the ceremony, the Chief Minister of Province 5 Shankar Pokhrel stated that this kind of spiritual ceremony will help to attract more tourists to Lumbini in the coming days.  "It will also help to spread the teachings of Buddha all over the world," added Pokhrel.

"Chanting the teachings of Buddha has further helped to highlight the spiritual importance of Lumbini," said Awadesh Kumar Tripathi, the vice president of the Lumbini Development Trust.

According to the organizer, more than a thousand monks, nuns, and devotees from 25 countries including Nepal and Thailand have been participating in the Tripitaka chanting ceremony.

The president of Akhil Nepal Buddhist commission said that Tripitaka is the summary of the teachings of Buddha.

On the second day, Abidhamapitak will be chanted. Monks from Burma will lead the ceremony of chanting Abidhamapitak. It will be followed by monks of Nepal, Japan, China, and Vietnam and among others. Similarly, on the third day, Binaypitak will be chanted under the leadership of monks from Thailand and Cambodia. The ceremony will be concluded by lighting candles in the holy garden of Maya Devi Temple, according to Secretary Hem Bahadur Bista.

Tipitaka chanting ceremony had been held underneath the most sacred Bodhi tree in Bodh Gaya, India for the past 15 years.