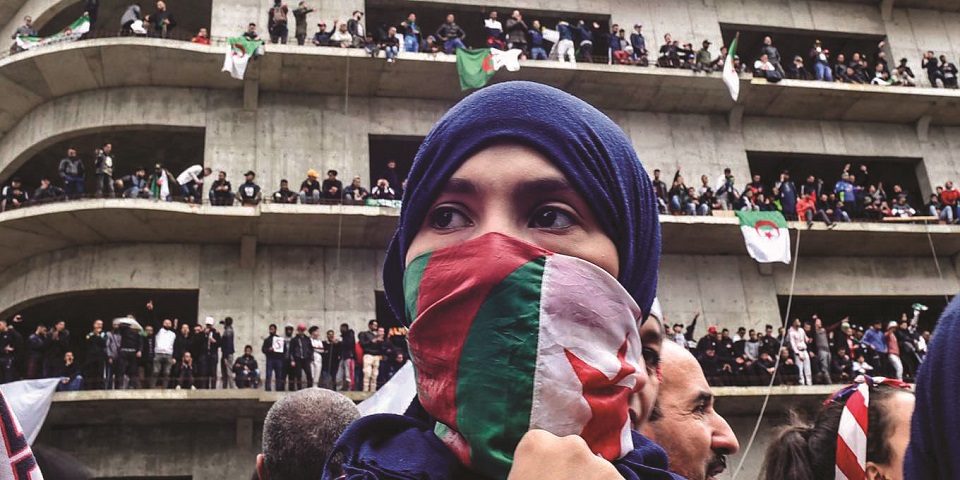 PARIS – As in 1848, 1968, 1989, and 2010-2012, a wave of popular protests has taken the world by surprise. Ongoing mass revolts-in Beirut, Santiago, Hong Kong, Algiers, Baghdad, and other cities—are gaining strength and wrong footing governments. But although the temptation to seek historical comparisons is understandable, the 2019 uprisings also have a distinct flavor of their own.

Nearly a decade ago, many in the West referred to the 1848 “springtime of peoples” when describing the protest movements that began in Tunisia and spread to Egypt, Libya, Syria, and other Arab countries. Likewise, many of the Lebanese whom I met on a recent visit to Qatar had no doubt that a new “Arab Spring” cycle was unfolding today, except this time on a global scale, and seemed torn between excitement and anxiety.

Today’s protests also carry echoes of May 1968, not least in their youthfulness, spontaneity, and lack of identifiable leaders. Yet, as with any historical development, the events of 2019 must be understood on their own terms.

In 1968, at a time of full employment, a combination of boredom and revolutionary utopianism led young demonstrators to erect barricades in Paris. In 1989, the hope of attaining freedom and prosperity mobilized protesters to help bring down communist regimes. But in 2019, anger and despair have replaced dreams and hope, notwithstanding the reasonable possibility of improvement in countries such as Sudan and Algeria.

If the 2019 revolts have a common thread or unifying explanation, it is the yearning for dignity and respect. People have taken to the streets because they feel they have been humiliated, ignored, and despised for too long by irresponsible, corrupt, and distant political elites.

The immediate triggers for the various protests—whether a tax on the use of WhatsApp in Lebanon, or an increase in metro fares in Santiago—often seem secondary or even trivial. And, like in Cairo in 2011, or in Beirut in 2005 after the assassination of Lebanese Prime Minister Rafik Hariri, mobile phones are the primary instrument for rallying fellow rebels.

But regardless of whether the initial cause of the revolt was primarily economic (as in Lebanon or Chile) or political (as in Hong Kong), the authorities have in each case been caught by surprise and responded too slowly. The protesters, too, seem amazed by their sheer numbers and strength. Having started by opposing a new tax, they suddenly find themselves calling for an end to the regime.

Camillo Cavour, the architect of Italian unification in the nineteenth century, once remarked that, “Reforms made in time weaken the revolutionary spirit.” Reforms that come too late, on the other hand, succeed only in feeding popular anger.

As a result, political leaders who had long refused any kind of compromise or concession now give the impression of being seized by panic. They are seemingly ready to reduce their privileges either spectacularly, as in Lebanon, or more symbolically, as in Chile. But, for many of the demonstrators, whatever governments do now seems too little, too late.

Complicating matters further, the protests are taking place at a time of exceptional geopolitical instability, fueled by the strategic disengagement of the United States under President Donald Trump and the continued rise of authoritarian powers. Disorder in the streets is reinforcing a sense of global turmoil, and vice versa.

For starters, the US no longer seems willing or able to play a significant role in Latin America, its traditional backyard. US disengagement from the region has helped Venezuelan President Nicolás Maduro remain in power, despite massive popular protests against his rule. Likewise, although Chileans may be legitimately afraid of a return to the sort of civil violence that the country has not experienced in decades, they, like other Latin Americans, must face their destiny largely alone.

The US is still a significant player in the Middle East, as the recent killing of the Islamic State’s leader Abu Bakr al-Baghdadi showed, but it is withdrawing from that region as well. Russia is progressively replacing the US, at least in Syria, and probably will give way to China at some point. There, too, those calling for political and economic reform will find themselves largely on their own. It is hard to see how popular demands for freedom and equality in the region can be reconciled with the rise of authoritarian powers such as Russia and China, not to mention regional players like Iran and Turkey. All fear pro-democracy protests like the plague.

Against this background, the presence of Egyptian President Abdel Fattah el-Sisi at the first Russia-Africa summit in Sochi recently was particularly significant. It suggests that Egypt, which became a US ally in the 1970s, is hedging its bets by reviving its traditional alliance with Russia (and previously the Soviet Union).

In Lebanon, protesters of all confessions have united under the banner of “We are a people,” thereby challenging the sectarian balancing acts that have long shaped the country’s politics. But it remains to be seen whether this popular revolt will reshuffle the geopolitical cards like the protests in East Germany in 1989 or Syria in 2011 did.

Protesters around the world are rising up against systems that often are rotten to the core and cannot be reformed. But creating a fairer, and therefore more stable, new order will be a hugely difficult task.

For that reason, the year 2019 could end up resembling the “unfinished spring” of 2010-2012. But given the unique spirit of the current protests and the current state of geopolitical flux, almost any prediction is mere speculation. The future—as it always is at such historical moments—is open.

Nepse ekes out marginal gains in volatile trading
18 hours ago