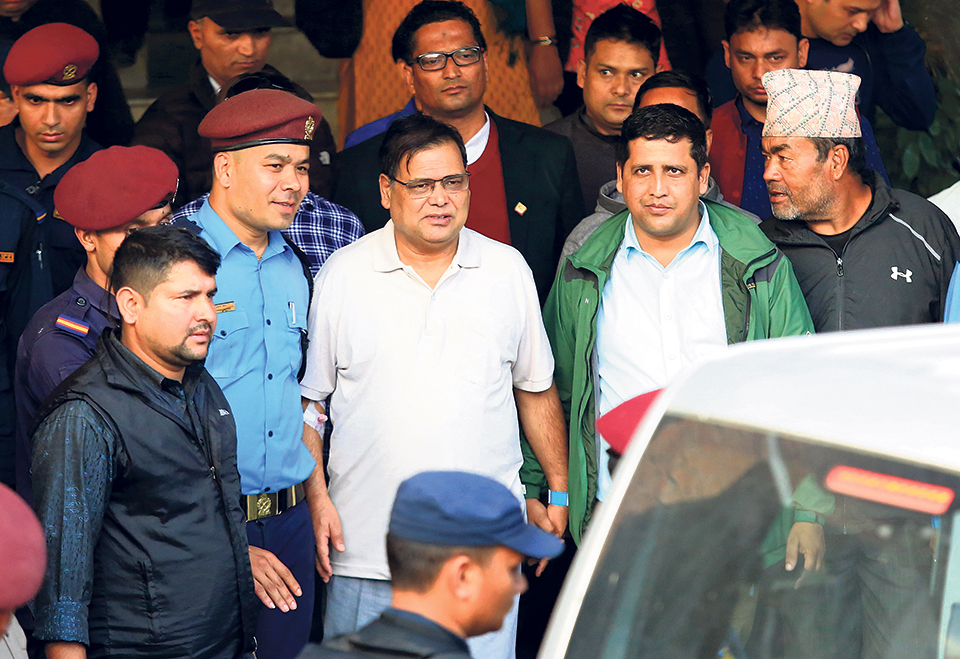 KATHMANDU, Oct 31: A case of attempted rape was filed against disgraced former speaker of the House of Representatives Krishna Bahadur Mahara at Kathmandu District Court on Thursday, seeking a sentence of up to seven and a half years in jail under two separate laws.

District Attorney’s Office (DAO) Kathmandu filed the case against the senior politician Thursday, 25 days after his arrest on complaints of rape attempt by a female employee at the parliament secretariat.

The police detained Mahara on October 6 after the woman filed a case accusing him of attempted rape and physical assault. But she changed her statement a week after the purported incident and after giving an interview to media alleging pressure from Mahara and his aides to withdraw the case.

Mahara resigned from the post of speaker on October 1, three days after the incident, on instruction from the ruling Nepal Communist Party (NCP). But he has not resigned from his seat as lawmaker. Mahara has been kept at a private hospital in Kathmandu since the fourth day of his arrest. He has been citing health issues.

The DAO has sought up to seven years and six months in jail for Mahara under the Civil Criminal Code and the Sentencing Act, said its information officer Numaraj Khanal.

According to the charge sheet, Mahara could face up to five years in jail under Sections 219 and 34 of the Criminal Code for attempted rape, and an additional two years and six months under Section 15 of the Sentencing Act for committing an offence while holding public office. The minimum possible sentence for Mahara is five years and three months.

A hearing in the case is scheduled for Friday to decide whether to send him into custody until the final verdict or release him on bail, said  court officials.

The police have presented a first on-site report, fingerprint samples, forensics objects confiscated from the woman’s room that Mahara reportedly left after the alleged incident and a verbatim of the video statement from the women taken immediately afterward.

However, police failed to present any DNA sample as Mahara declined repeatedly to provide a blood sample for lab testing even after a court order last week. Police said Mahara also declined a polygraph test despite repeated approaches.

The court will allow Mahara’s defence to plead his case and record his statement before the hearing on Friday.

A senior politician who has been a minister multiple times, Mahara has lined up top legal professionals for his defence in court. The woman who filed the case has, however, changed her statement since Mahara’s arrest and has been claiming she filed case only under pressure from interest groups.

Mahara to remain in jail until final verdict

Nepal's politics is in a serious and sensitive situation: NCP General Secy Chand
49 minutes ago