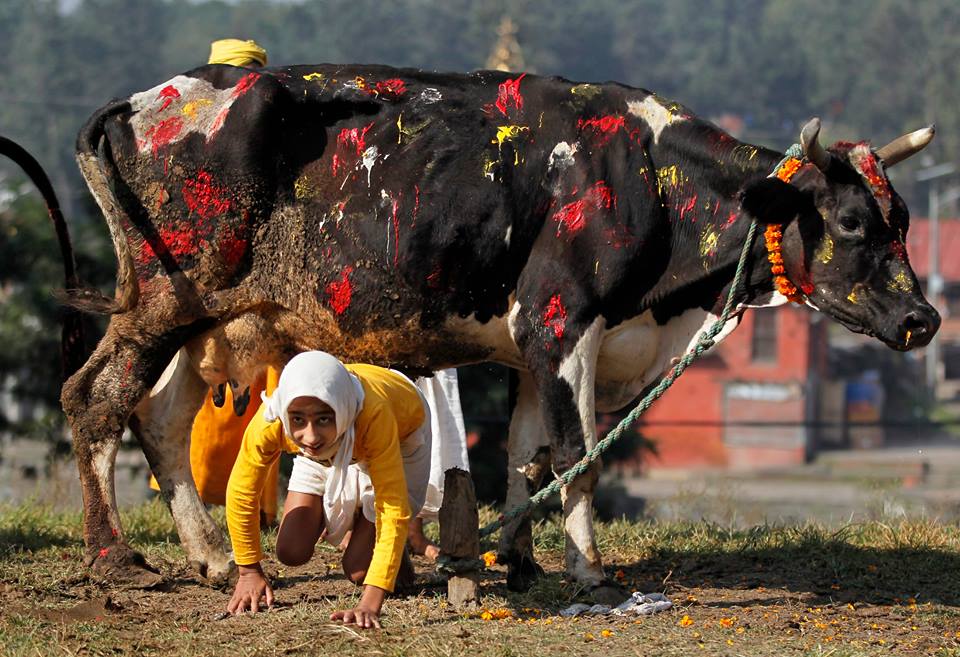 KATHMANDU, Oct 28: Gai Puja, Goru Puja or ox worship and Govardan Puja are being observed throughout the country today on the fourth day of the five-day-long Tihar festival celebrated mainly by the Hindus across the country.

This year, Gai Pooja and Goru Pooja have fallen on the same day, today. The cows are fed with sweets and delicacies as part of the Gai Puja rituals.

As per the tradition, the sacred thread tied around one's wrist on Janai Poornima festival would be tied on the tail of the cow while performing Gai Puja today. The myth has it that by doing so, the person's soul crosses the Baitarani River, a mythical river, to heaven, after his/her death.

The rituals are linked to the Hindu God Sri Krishna who, according to the legend, lifted the Govardhan Mountain by his hand and protected the people of a place called Gokul from torrential rains caused by Indra, the God of rain. As the legend goes, the Rain God was angered and thereby caused the heavy downpour.

However, people from Newar Community of hilly areas have been preparing to celebrate Vaitika on Tuesday after observing Mha Puja today. It also falls on the Newari New Year which is based on the Newar calendar, Nepal Sambat. Mha Puja refers to self-worship, making an offering to one’s body.

KATHMANDU, Oct 26: Goru Puja or ox worship and Govardan Puja are being observed throughout the country today on the... Read More...